One student dead in school shooting in suburban Denver, 8 others injured 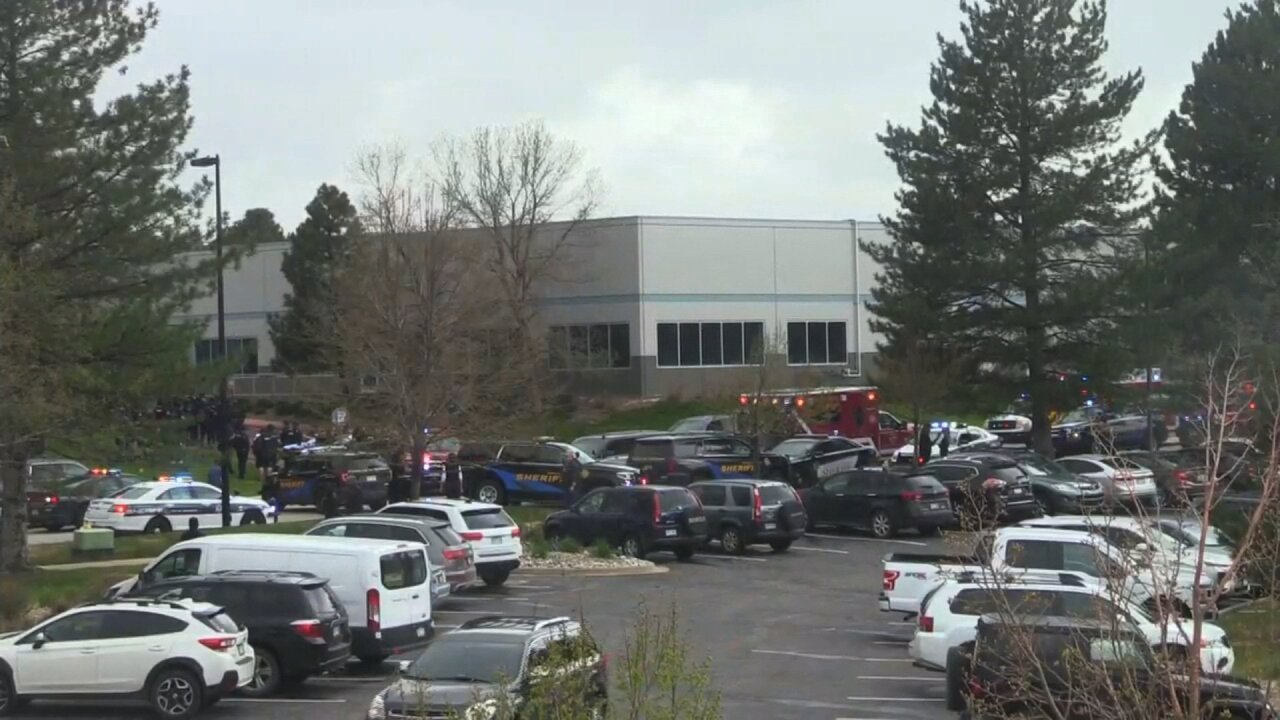 As deputies ran inside the STEM School Highlands Ranch, they could hear shots being fired.

An 18-year-old male student was killed and eight students were injured in the attack, which began just before 2 p.m. on Tuesday, authorities said.

The school notified police almost immediately and the first sheriff’s deputies responded and engaged with the suspects just two minutes after being alerted.

The officers struggled to take the suspects — both believed to be students — into custody, Spurlock said.

The sheriff has said one suspect is an adult male and one is believed to be a juvenile.

Devon Erickson, 18, was identified by the sheriff’s office as one of the suspects. The department said in a tweet that it will not release photos at this time to maintain the integrity of the investigation.

“We still have interviews to conduct and we want to make sure we have the most accurate information,” the sheriff’s office said.

Spurlock said authorities can only say at this point that a handgun was used.

“Mommy, there’s a gun (being) shot at my school”

One mother of twins told CNN affiliate KDVR she received a call from her daughter.

“Mommy, there’s a gun (being) shot at my school,” she told the network her daughter said.

“(With) everything at Columbine,” the mother, who was not identified, told the affiliate, “you never think this would be the reality of this situation.”

In a message to parents, Spurlock said police will do “everything we can to investigate this” and determined what happened.

Fernando Montoya told CNN affiliate KMGH his 17-year-old son, a junior at the school, was shot three times. He was released from the hospital Tuesday night, Montoya said.

“Thank God he is fine,” he told the news station. “Even though he got shot, he’s OK. He’s going to walk out on his feet, so I’m glad. We’re so lucky.”

“It’s hard to believe that someone in the classroom is going to have a weapon and is just going to open fire like nothing,” he told the news station. 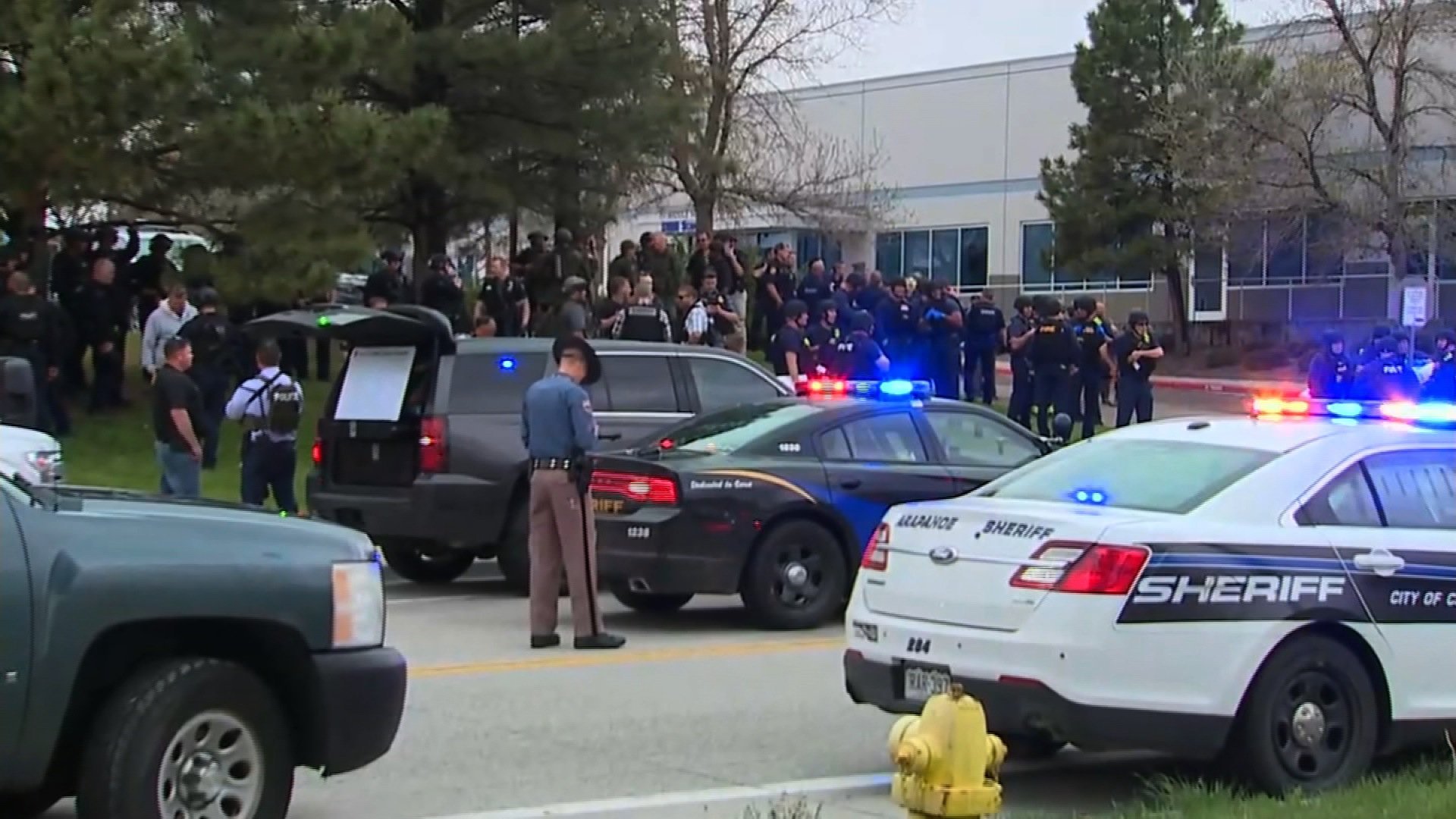 Students tried to stop a gunman

Students at the STEM School tried to stop one of the shooters.

Brad Bialy, the father of Brendan Bialy, told the New York Times in an interview his son — who is a senior at the school — and two friends tried to tackle one of the gunmen and one of the boys was shot in the chest.

He told the paper that other students put pressure on the wound. Bialy also told the newspaper his son told him that two students entered the classroom and that one pulled a gun from a guitar case.

A community targeted before

“This is a terrible event,” Spurlock said. “This is something that no one wants to have happened in their community.”

But this community has been rattled by a school shooting before.

The STEM school is just seven miles away from Columbine High School, where two shooters gunned down 13 people in 1999. Less than three weeks ago, the area marked the 20th anniversary of that shooting.

Douglas County Schools were also closed April 17 as authorities scrambled to find an armed Florida teen they said was infatuated with the Columbine massacre. The woman, authorities said, made threats before she traveled to Colorado, where she died of a self-inflicted gunshot wound.

“Tragically, this community and those surrounding it know all too well these hateful and horrible acts of violence,” the White House said in a statement.

Ivanka Trump canceled her plans to visit Littleton, Colorado, Wednesday because of the fatal shooting, according to the Denver Post.

She was scheduled to visit Lockheed Martin to discuss workforce development.

The administration didn’t want to divert resources or attention from that situation, a White House official told the Denver Post.

More than 1,850 students attend the school, which includes grades K-12, according to its website. Spurlock said the shooting took place in the high school. Earlier, Douglas County Undersheriff Holly Nicholson-Kluth said the shooting began in the middle school.

“I have to believe that the quick response of the officers that got inside that school helped save lives,” Spurlock said.

Spurlock said the STEM school did not have an assigned school resource officer but did have private security.

The letter a superintendent never wanted to write

The letter, Tucker said, is one he hoped he’d never have to send.

He said he was not sharing the names of those killed and injured in the attack out of respect for the families.

The STEM school will be closed for the rest of the week, Tucker said. Other schools in the district will operate as normal with “heightened security” and additional patrols, he said.

In a tweet, Colorado Gov. Jared Polis said he was “heartbroken” to hear a student was killed.

“I cannot imagine the grief & horror that the family is dealing with. Our deepest condolences go out to the family, the community, & everyone impacted by this senseless act of violence,” he said.

Spurlock said the suspects were not injured.

The home they were searching is located on Mountain Maple Avenue in Highlands Ranch, Colorado, she said.

Officials would not confirm if one of the shooters lives at the home.

Authorities worked to obtain search warrants for the suspects’ homes as well as a vehicle found in the parking lot, Spurlock said.

He did not release additional information on the suspects. The two didn’t appear to be on law enforcement’s radar, Spurlock said.

Click here for our full coverage on the Highlands Ranch school shooting.