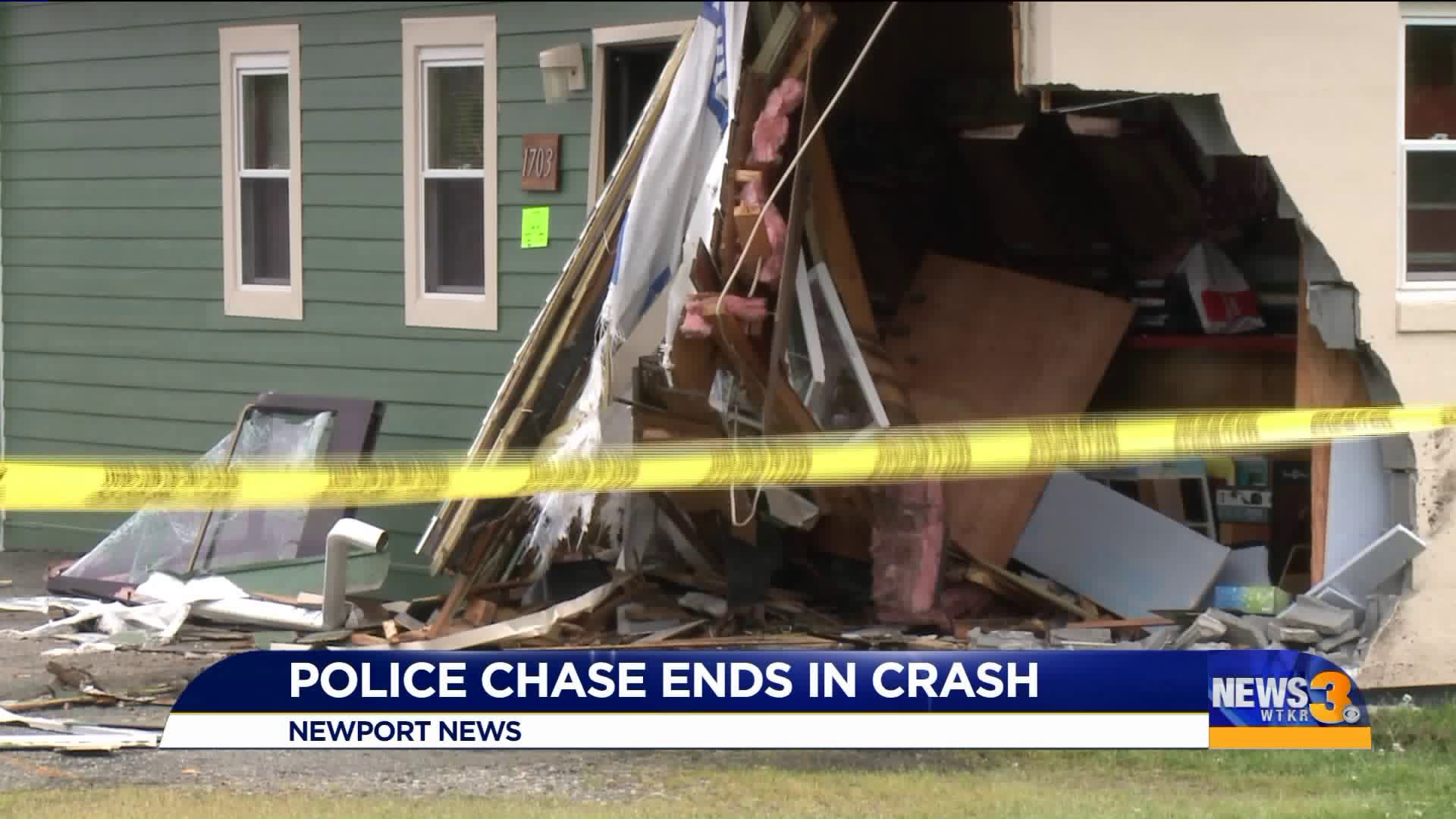 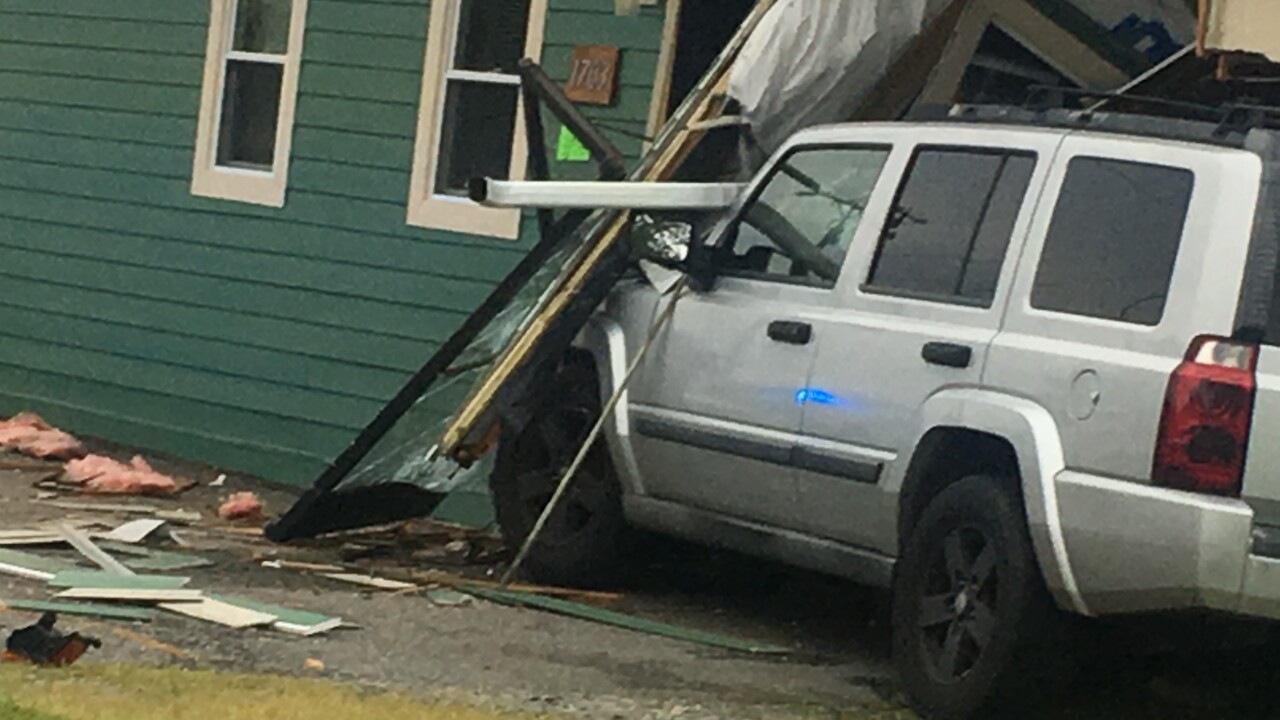 NEWPORT NEWS, Va. - A Jeep crashed into a Newport News building in the 1700 block of 27th Street after a police chase around 6 a.m. Monday.

The building, Smith Brothers Enterprise, has been at the corner of 27th Street and Poplar Avenue for decades.

Investigators say the Jeep was reported stolen from Hampton and the crash happened after a failed traffic stop. The building was empty at the time of the crash, but there were three people inside the vehicle.

The people inside the Jeep ran, but one suspect, a juvenile female, was captured moments later.

Police released the girl, but officers are still searching for the two black men who ran after the crash, including the driver.

As for the business, the hole in the building has been temporarily fixed. The owner says things could have been much worse and that it's business as usual for them.

There are no reported injuries, and police say there is no indication that the public is in any danger.

This remains an active investigation. 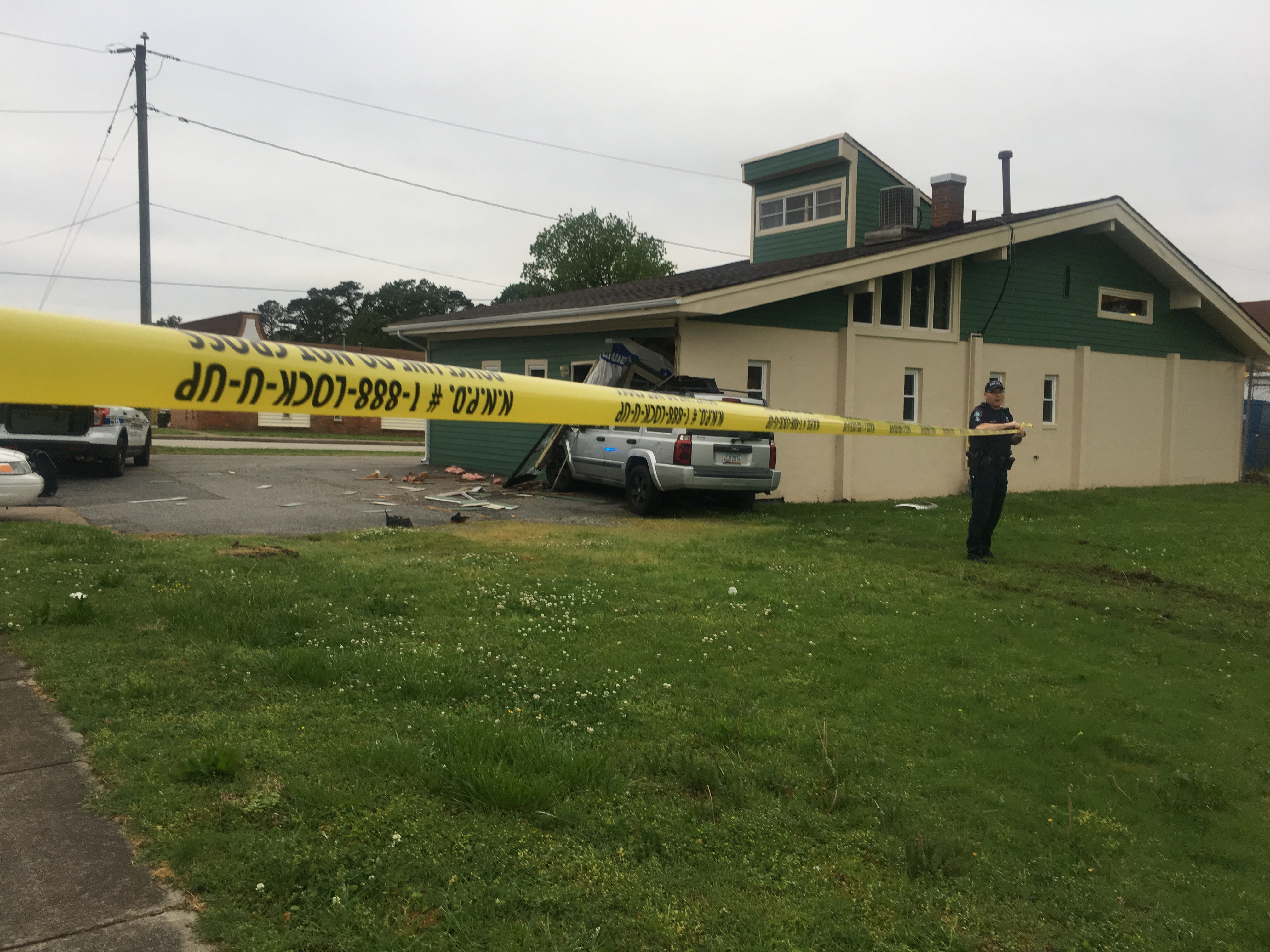