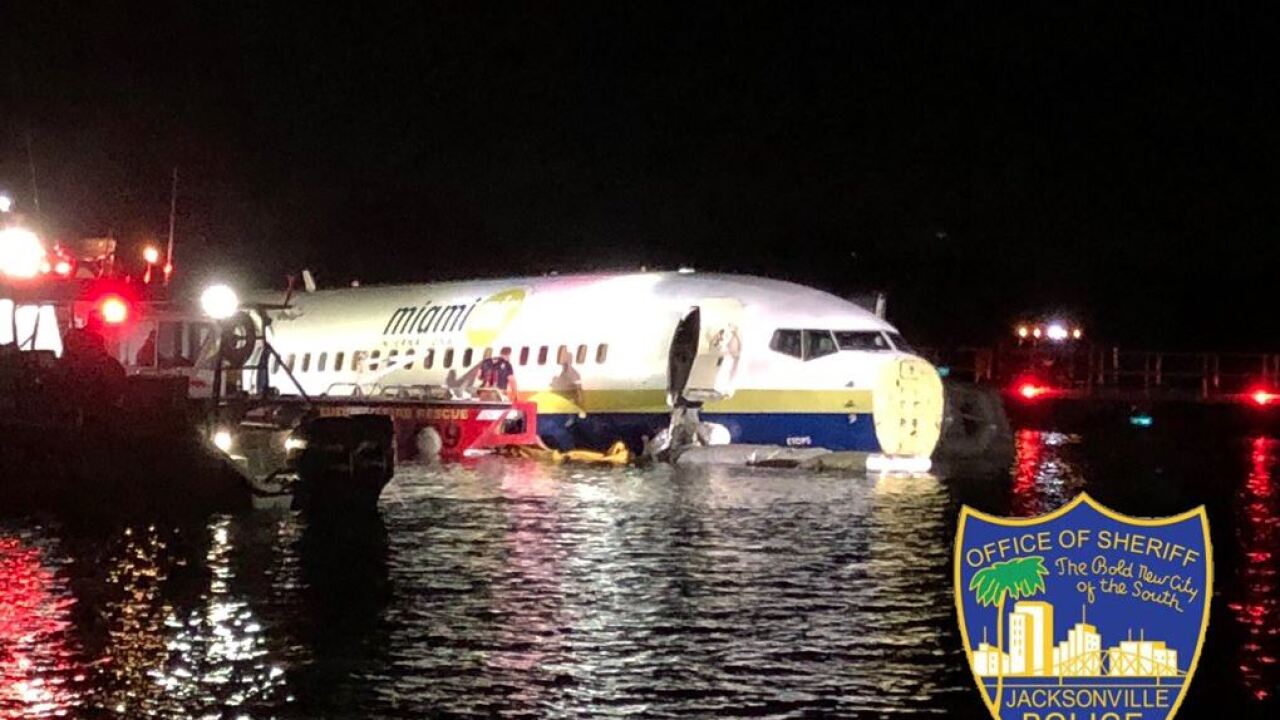 A civilian defense attorney aboard the military-chartered Boeing 737 that skidded into a Florida river said the landing “didn’t feel right.”

Cheryl Bormann spoke to CNN’s Don Lemon as she waited with the rest of the passengers rescued following the incident.

Seven crew members and 136 passengers were on the plane flying from Naval Station Guantanamo Bay, Cuba, into Naval Air Station Jacksonville. There were no fatalities, but the Jacksonville Fire Rescue said 21 people were taken to local hospitals.

Bormann described a scene of fear, confusion and people coming together to help one another.

The plane arrived four hours late in Guantanamo Bay, and those getting off warned them that the air-conditioning was broken, she said.

“They were pretty universally miserable, so none of us were looking forward to getting onto the plane,” Bormann said. “We got on anyway.”

They flew through a storm of thunder and lightning, but the frightening part came when the plane came in for a landing.

‘The pilot was trying to control it’

“The plane … literally hit the ground and then it bounced. It was clear that the pilot did not have complete control of the plane because it bounced some more, it swerved and tilted left and right,” she said. “The pilot was trying to control it but couldn’t, and then all of a sudden it smashed into something.”

The plane skidded from the runway into the St. Johns River at 9:40 p.m. ET, but did not submerge.

Some oxygen masks deployed, and overhead bins opened up and sent belongings spilling out. Bormann said her identification, cash, credit cards, computers, phone and passport were sent flying to the seats behind her so she could not retrieve them.

People weren’t screaming, Bormann said, because the flight staff worked quickly to give direction. Everyone on the aircraft helped one another to put on their life vests and then climb out onto the wing, into the water, onto the raft and over to the safety of land.

The plane was carrying military personnel headed home, on vacation, or to get medical care. It included families, civilians, grandparents and children — all connected to the military.

There were also pets checked in the luggage compartment below. Bormann said they have not been rescued, and they likely didn’t make it. Fire rescue officials used a cable to pull an inflated raft with people to a nearby pier.

Naval Air Station Jacksonville said pets have not been rescued due to safety reasons. “Our hearts and prayers go out to those pet owners during this terrible incident,” it said in a Facebook post.

After the rescue, Bormann said, border control was processing the travelers. But most passengers don’t have the identification that authorities are asking for — those are back on the plane.

“Everyone is sort of milling around because no one knows quite what to do. They won’t let us leave,” Bormann said. “Everybody is curious about their belongings and want to know what will happen next.”