Carolina climbs to within one win of NHL Eastern Conference final 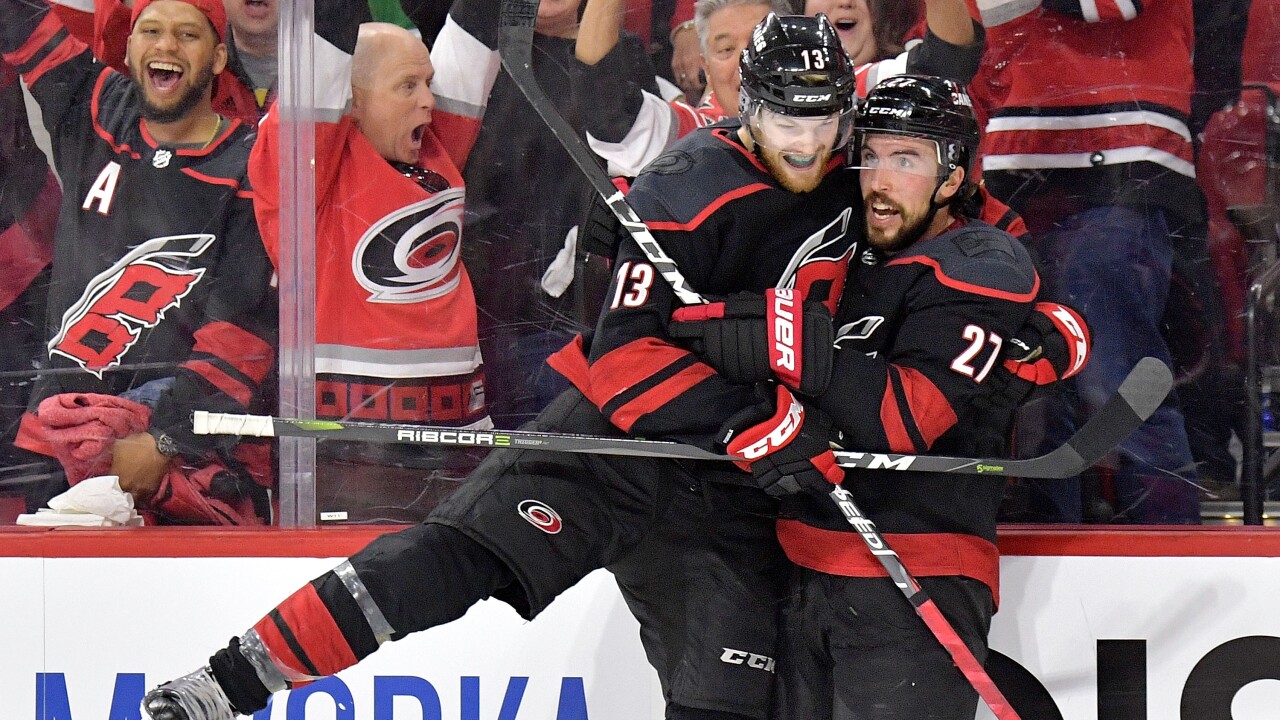 RALEIGH, NC – The Carolina Hurricanes are one win away from the Eastern Conference final of the NHL’s Stanley Cup Playoffs.

Wednesday, Carolina pounded the New York Islanders 5-2 in the second round series. Teuvo Teravainen scored two goals, including an empty-netter in the final minute, as the Hurricanes – in the playoffs for the first time in a decade, took a 3-0 lead in the best of seven series.

Curtis McElhinney, the oldest goalie in NHL history to make his first playoff start, stopped 28 shots in the win.

Game four of the series is Friday in Raleigh. No team has won a series after trailing 3-0 since Los Angeles in 2014.