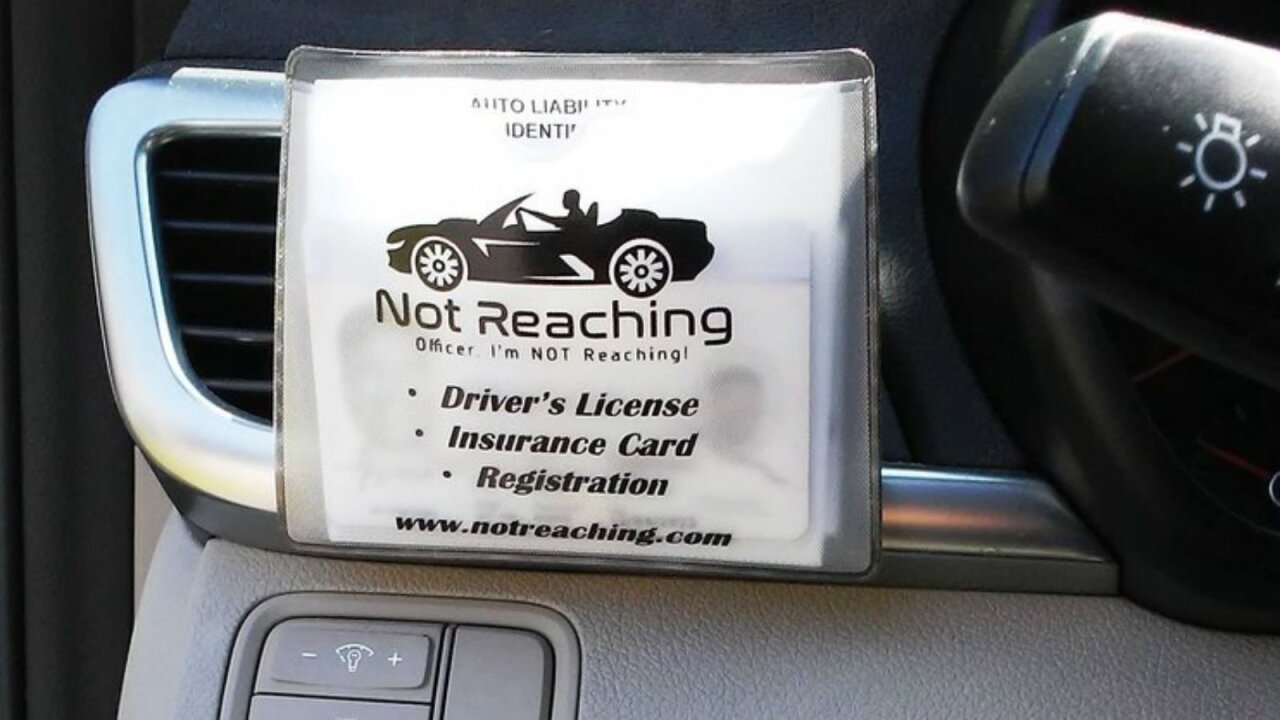 Jackie Carter knows this shouldn’t be an issue. In a perfect world, black citizens wouldn’t die during traffic stops, and black drivers wouldn’t have to fear for their lives whenever they saw blue lights flashing behind them

Jackie Carter knows this shouldn’t be an issue. In a perfect world, black citizens wouldn’t die during traffic stops, and black drivers wouldn’t have to fear for their lives whenever they saw blue lights flashing behind them.

Jackie Carter knows this shouldn’t be an issue. In a perfect world, black citizens wouldn’t die during traffic stops, and black drivers wouldn’t have to fear for their lives whenever they saw blue lights flashing behind them

But that’s not the world we live in. Carter, a black woman from Pennsylvania who now lives in Alexandria, Virginia, has lived through this fear on behalf of herself, her husband and her son. A few years ago, she started thinking of a solution.

Then, in July 2016, 32-year-old Philando Castile was shot dead during a traffic stop in Ramsey County, Minnesota, and Carter knew right away it was time to put her plan into action.

Her idea? A simple clear pouch that can affix to a car dashboard and holds a driver’s important documentation. On the pouch, the contents are boldly stated: “Driver’s License. Insurance Card. Registration.” Carter called it the Not Reaching pouch, and from this simple invention, a whole movement has been born.

“It started back in 2016 after we saw what happened with Philando,” Carter told CNN. “But the idea began way before that because my husband had been pulled over on several occasions.” She says she worries more about her son getting pulled over than she did during his time as an Army medic in Afghanistan. One incident in particular stands out in her mind.

“[My son] called one night, and said that he had been pulled over on a back road in Texas,” she said. “That fear of really not knowing was something I could never forget.”

The Not Reaching pouch sells for $9.99 and provides a solution, Carter says, because it defuses what could be a potentially tense moment during a traffic stop: When an officer asks for license and registration, and a motorist reaches to oblige.

“We interviewed a lot of police officers, and they all agreed that something that makes them nervous is when a driver makes an unexpected reaching motion,” she said. While developing the Not Reaching pouch, Carter contacted the sheriff from her hometown in Pennsylvania, and he agreed to ask a group of local police officers for their input. Again, the issue of reaching came up as a chief concern.

As word of the Not Reaching pouch has spread, Carter says most people have been positive about its impact. However, there are others who argue that it shouldn’t be necessary. If a driver just follows an officer’s directions, they claim, there shouldn’t be a problem.

But Carter points out that some victims of police violence appear to have been following the rules and yet their situations still turned deadly.

“We shouldn’t have to this,” she said. “But if there is something we can do to take this off the table, if this makes the interaction [between drivers and officers] more favorable, then let’s just do it.”

A solution becomes a movement

The Not Reaching pouch has been available for about two years. Carter has given many of them away, and she and her associates have partnered with other organizations to create a larger movement centered around traffic-stop safety and personal empowerment.

Together, these organizations form the Alliance for Safe Traffic Stops. One of the member organizations is Astral AR, a technology-based, safety-solutions company that builds drones that intervene in active shooter situations. One of the main situations they have programmed their drones to recognize is the potential escalation of a traffic stop.

According to Astral AR’s CEO and Technical Founder Leah La Salla, the drones can observe a traffic stop and detect the presence of firearms. If someone — either the motorist or the officer — reaches for a loaded gun, the drone will intervene and act as a bulletproof barrier.

These organizations now partner with each other and have attracted high-profile advocates: Philando Castile’s mother Valerie Castile has endorsed Astral AR’s traffic-stop drone concept, and former NBA player and activist Etan Thomas is on the board of the Alliance for Safe Traffic Stops.

For ASTS members, the mission is to get their products in the hands of people and organizations that can use them for good. La Salla says she would love to see the Not Reaching pouch available in DMVs and driver education classes. Astral AR is has partnered with dozens of law enforcement agencies and schools across Texas to help implement technology-based solutions wherever the threat of gun violence is real.

La Salla, a military veteran and engineer, says companies like Astral AR and Not Reaching are examples of people using their specific strengths to address a diverse and wide-ranging problem.

“The social aspect of gun violence is a problem our country has been grappling with for over a hundred years,” she said. “People are coming together for a solution. And someone else can solve the social problem. For me, I’m an engineer. I can help stop the bullets.”

That’s the kind of spirit that led Carter to develop the Not Reaching pouch, which she is preparing to pitch to the entrepreneurial reality show “Shark Tank.”

“I said one day that I had to come up with a solution. I don’t care how small it is,” she said. “I may not be a big celebrity or anything, but I think I can come up with something to help.”