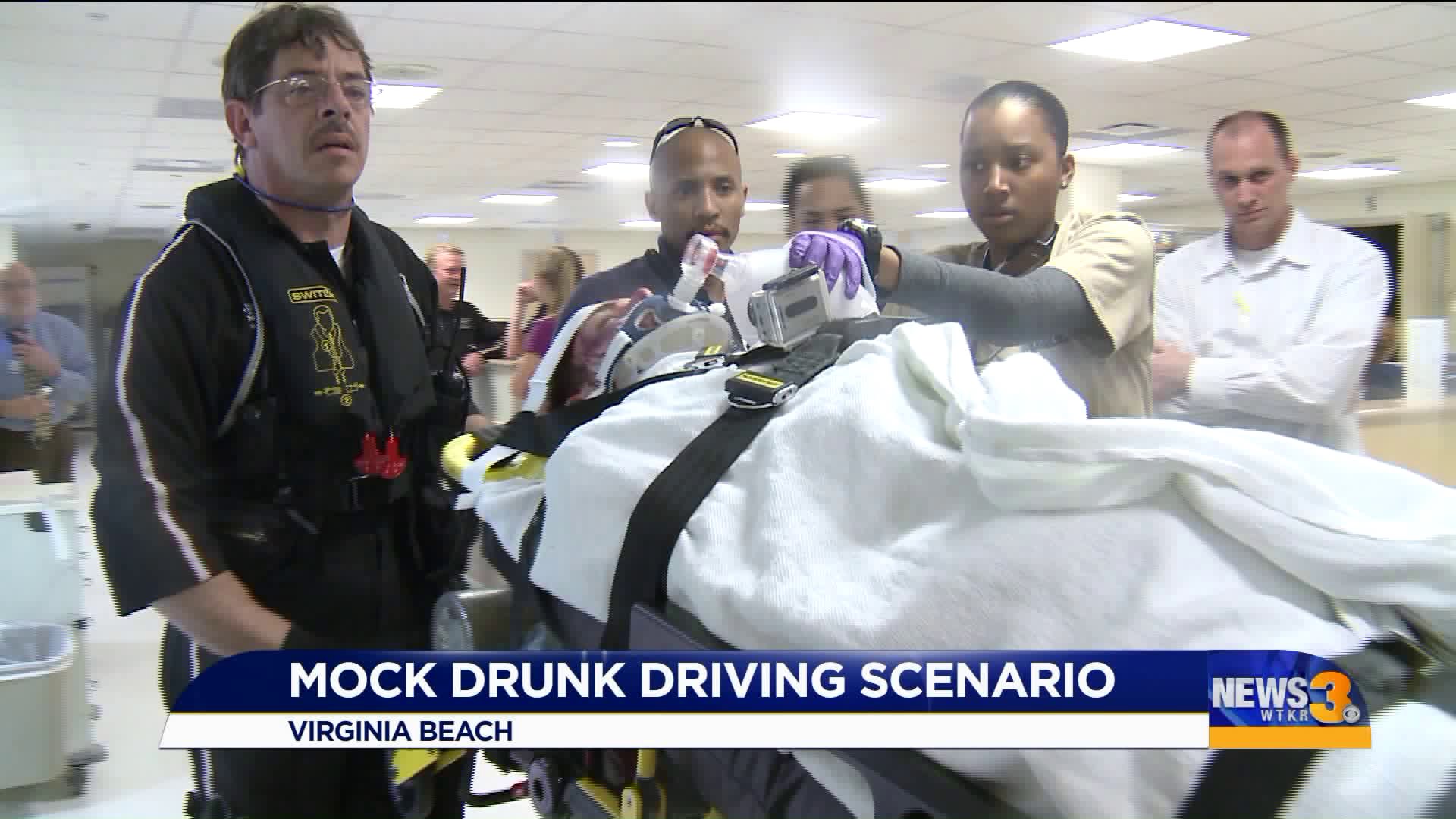 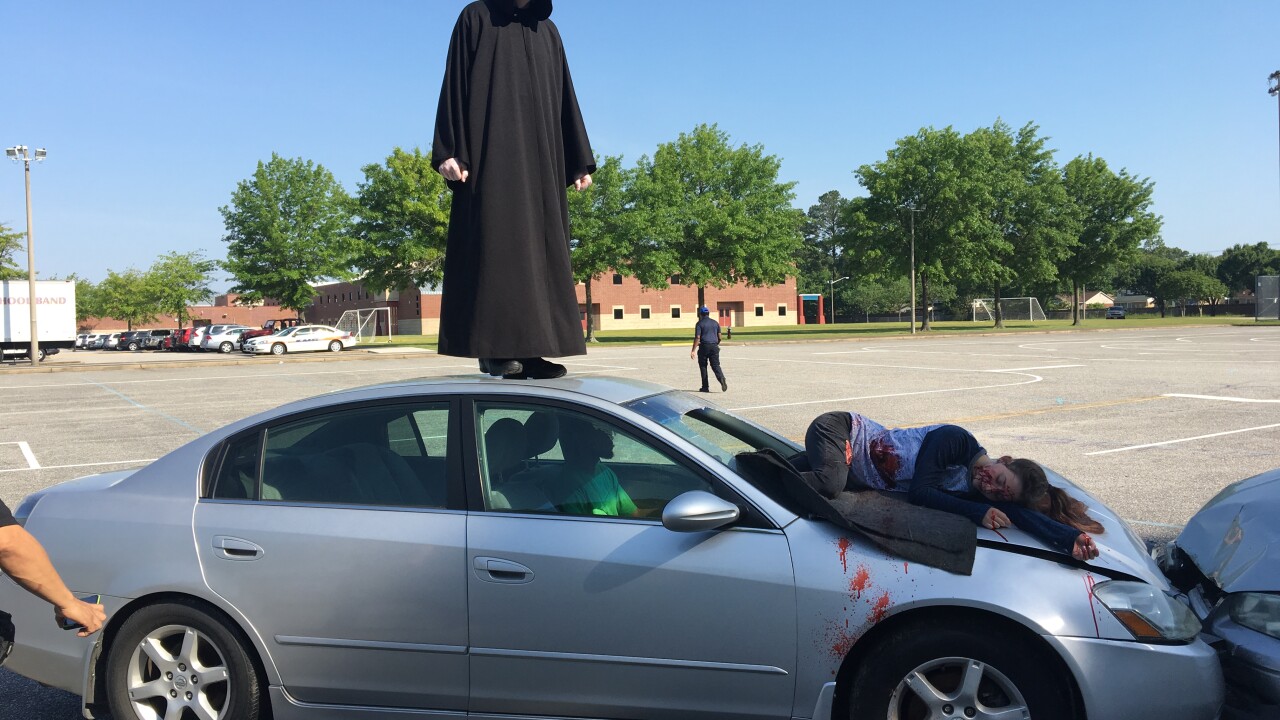 VIRGINIA BEACH, Va. - Students at Tallwood High School got a first-hand look at the impacts of drunk driving Wednesday.

The mock deadly car crash featured peers as victims. And while the crash wasn't real, it got pretty emotional for students.

The event is called "EVERY 15 MINUTES," and the goal was to make everything look as real as possible to really show these teenagers what can happen when you mix drinking and driving.

The scene was set up with damaged cars and students as victims of the crash. It’s bloody and it’s brutal.

Grim reaper making an appearance at @TallwoodLions this morning. He’s pulling victims of today’s mock DUI crash out of class. Thanks to @SondraWoodward for the video! https://t.co/5mdBogqQ3G @WTKR3 @vbschools pic.twitter.com/A1XgBj1Br7

Local first responders even made an appearance and treat the crash as if it were real.

One student was taken away in a body bag, another left in an ambulance and one was even airlifted in a Nightingale helicopter.

As part of the program, students also visited emergency rooms, the courthouse, the jail and the morgue to hear from people who see what happens in the aftermath of these crashes. 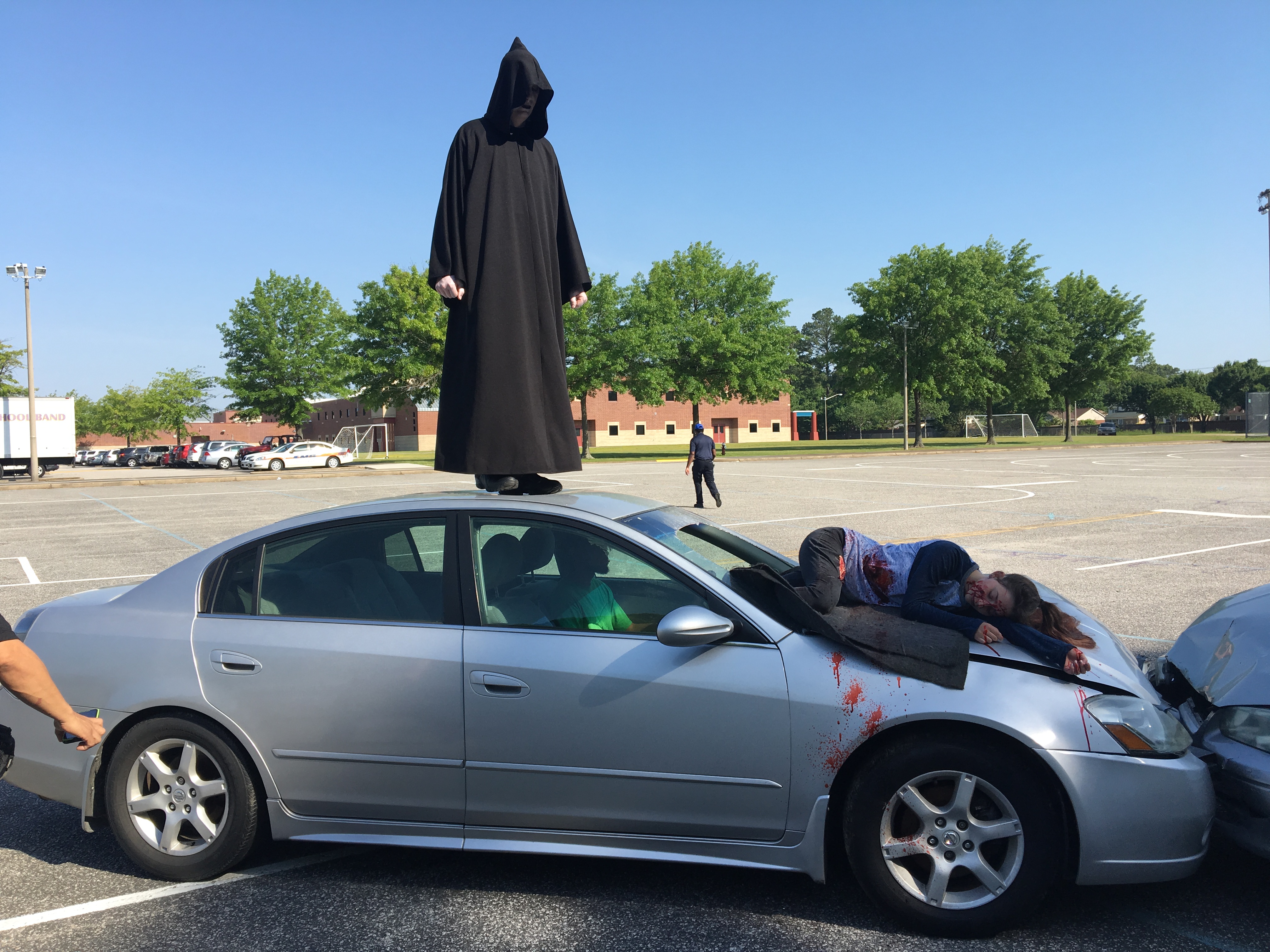