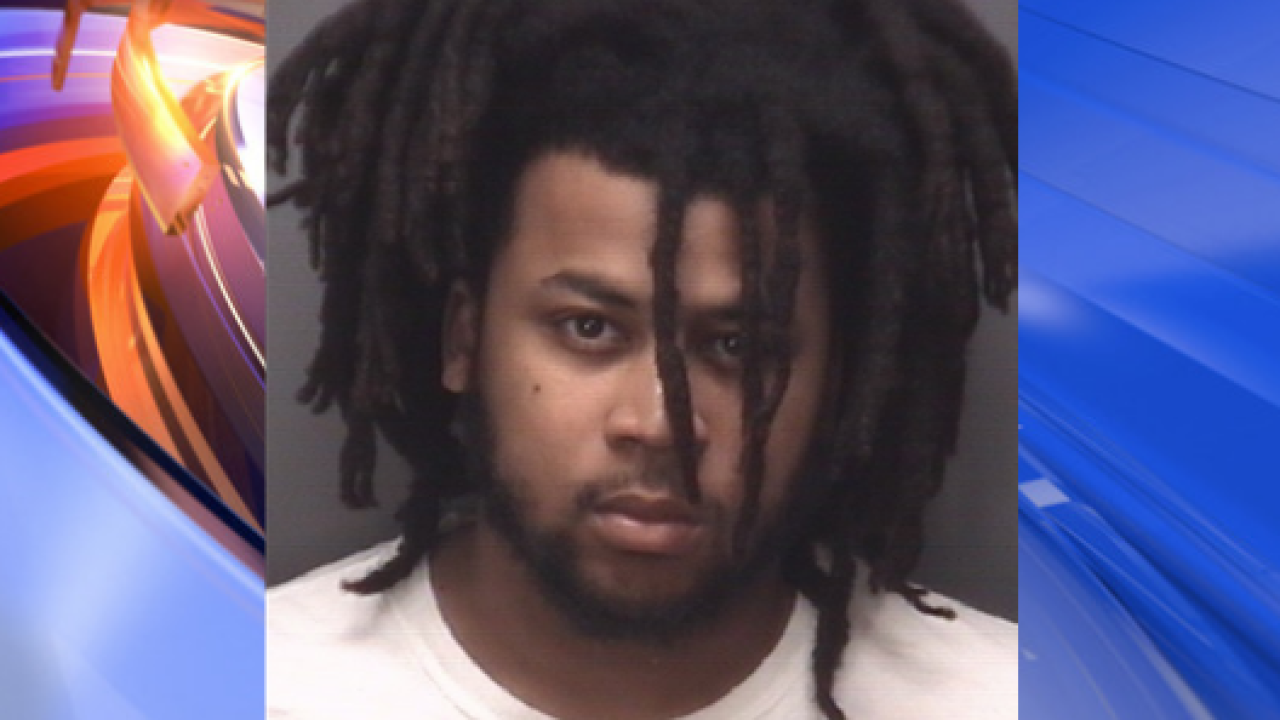 SUFFOLK, Va. – A Suffolk man is behind bars after police said he shot into a car in the 200 block of Pine Street.

According to dispatch, the call came in at 8 p.m. April 20. The victim, an adult woman, told police that while she was sitting in a vehicle with a man and a toddler, another vehicle pulled up and started shooting into hers.

Several other vehicles in the area also took damage, but there were no injuries.

Police investigated, and 22-year-old Suffolk man Deandre Montrell Taylor was arrested Tuesday on charges including shooting from a vehicle, discharging a firearm in a public place, using or displaying a firearm in commission of a felony, contributing to the delinquency of a minor, three counts of throwing missiles at occupied vehicles and three counts of attempt to commit a non-capital offense.

Taylor is being held at the Western Tidewater Regional Jail.

Petitions and a detention order are also on file for an involved teenager.