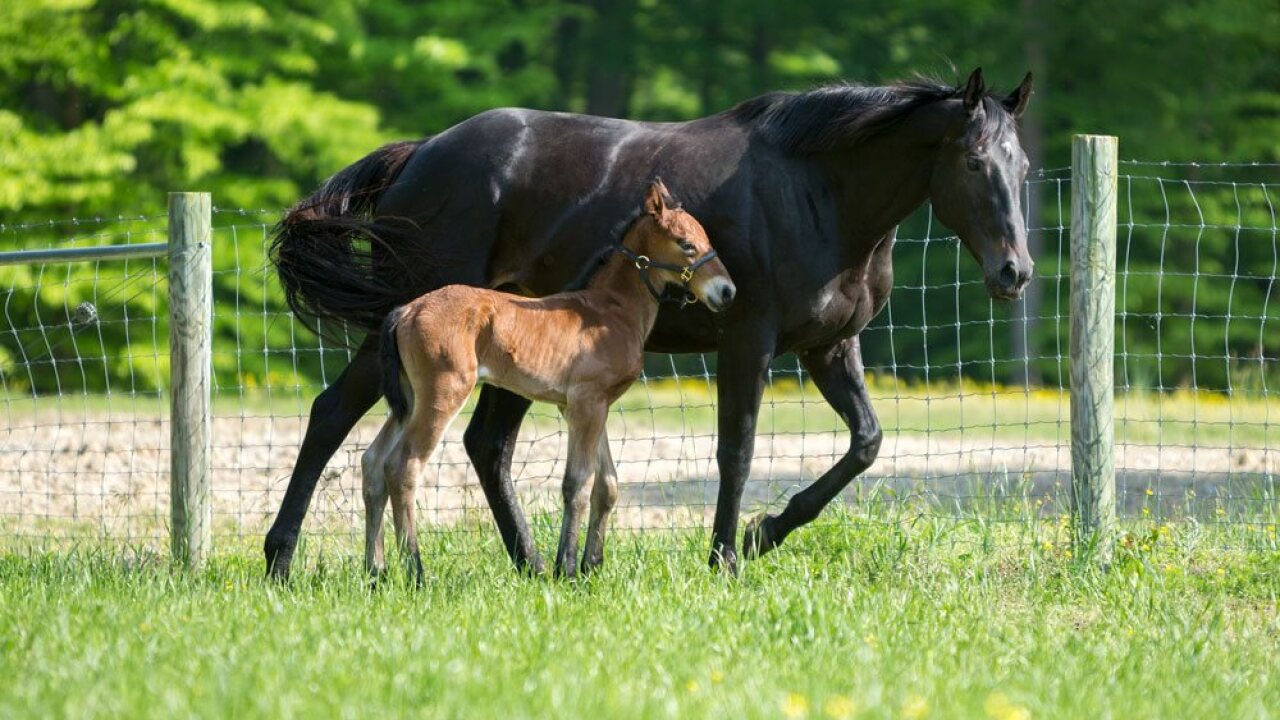 Its Coach and Livestock Department’s Rare Breeds Program announced that a male Cleveland Bay foal was born to Fudge and sired by Lord Brigadoon (a.k.a. Clarence) on April 28.

The foal is the first to be born to the department in nearly 16 years.

His birth is the culmination of two years of effort for the Coach and Livestock team and its supporters.