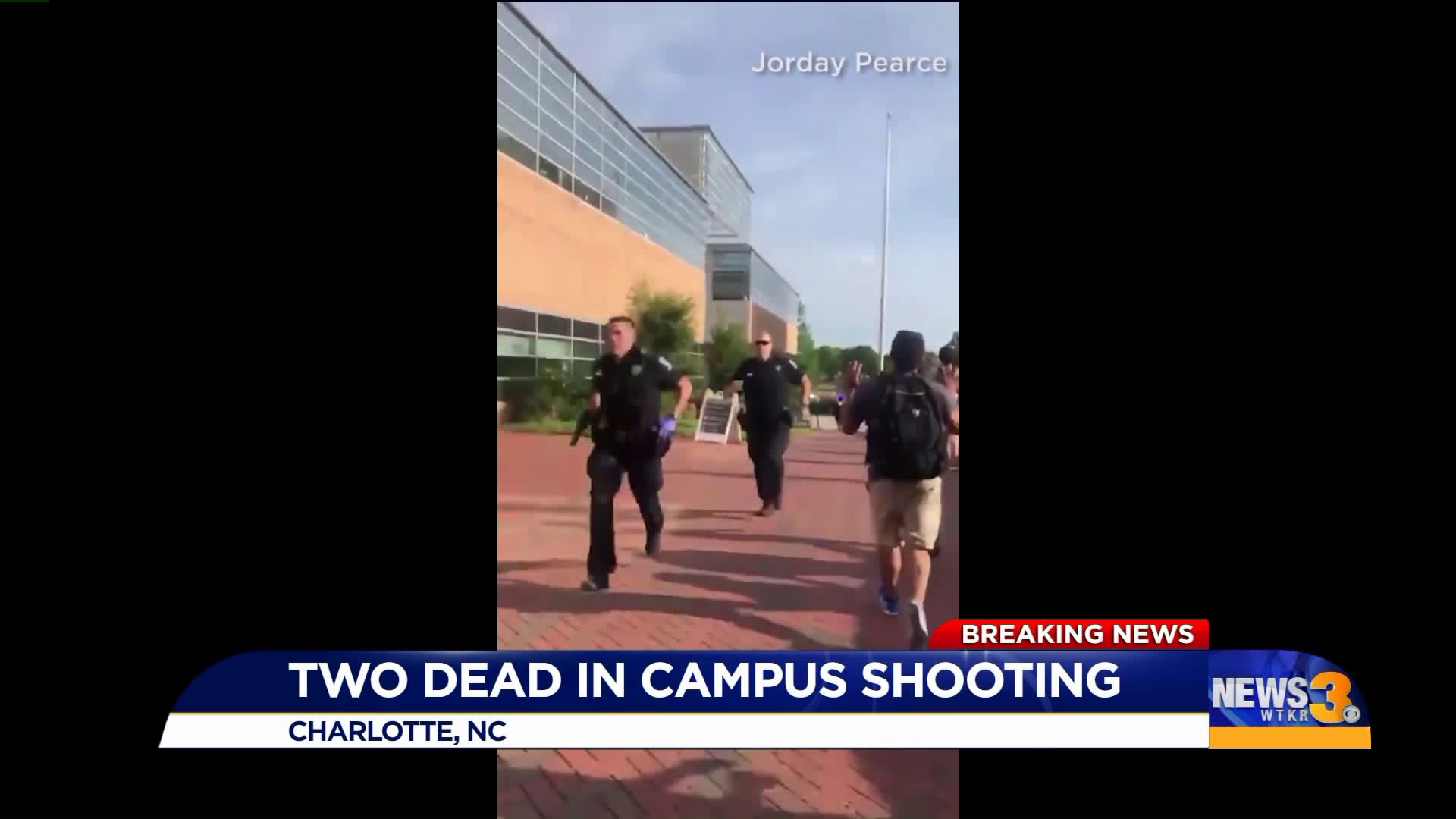 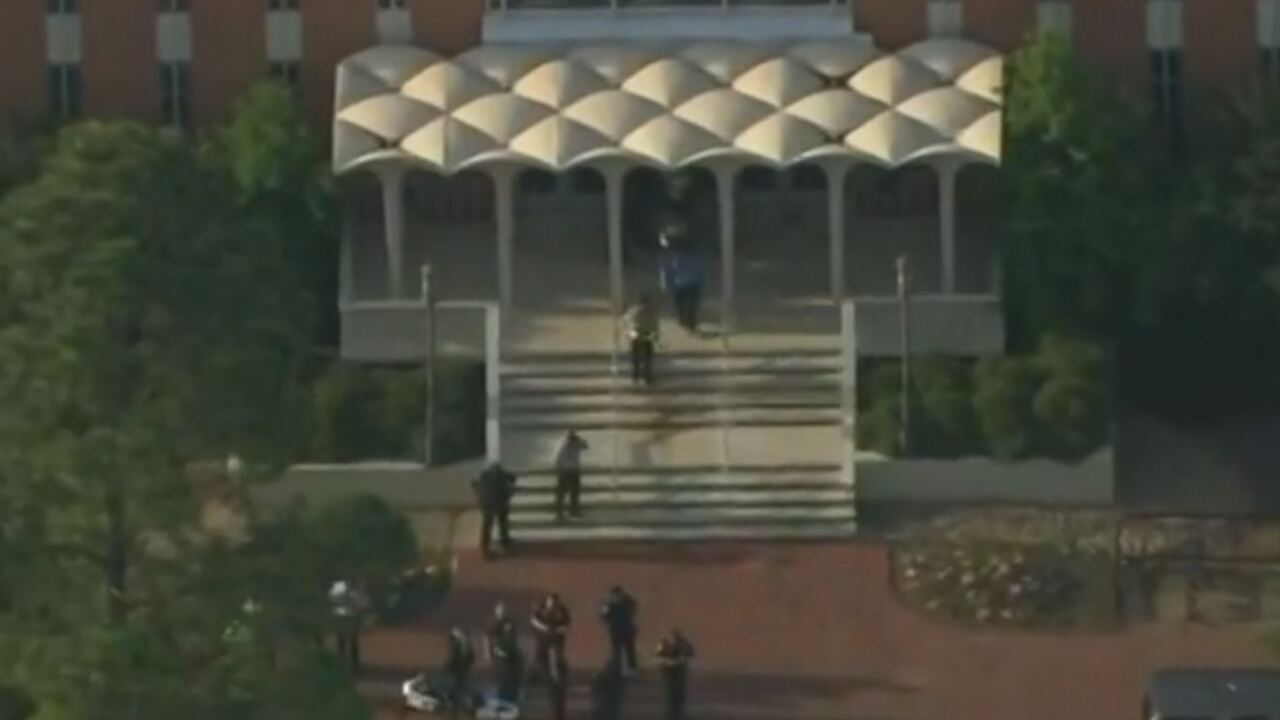 CHARLOTTE, N.C. - Two people are dead after a shooting on the campus of the University of North Carolina at Charlotte, authorities said Tuesday.

Three people are in critical condition and one other person was injured, UNCC Chief of Police Jeff Baker said.

An officer quickly went to the room where the suspect had fired, disarmed him and took him into custody, Baker said. The suspect was armed with a pistol, he said.

A student sits under a tree after a shooting on the campus of University of North Carolina at Charlotte.

"Right now, he is not somebody (who) was on our radar," he said, adding the suspect said nothing while he was being handcuffed.

Video posted to Twitter by Jordan Pearce, a student, showed people fleeing a campus library as police sprinted toward the area.

An image posted by Pearce shows a door where the glass is all over the floor inside a building.

The university, which has 30,000 students, tweeted: "Campus lockdown continues. Remain in a safe location. Monitor email and UNCC homepage.

Tuesday was the last day of classes, with exams to begin on Thursday.

Charlotte-Mecklenburg police will lead the investigation and the FBI is assisting in the case.

NOW: we’re on campus police telling students to freeze and out hands up. Police then ran towards the woods with guns drawn. pic.twitter.com/tVrbIXyvdO