Here are the projects the Obamas are working on for Netflix 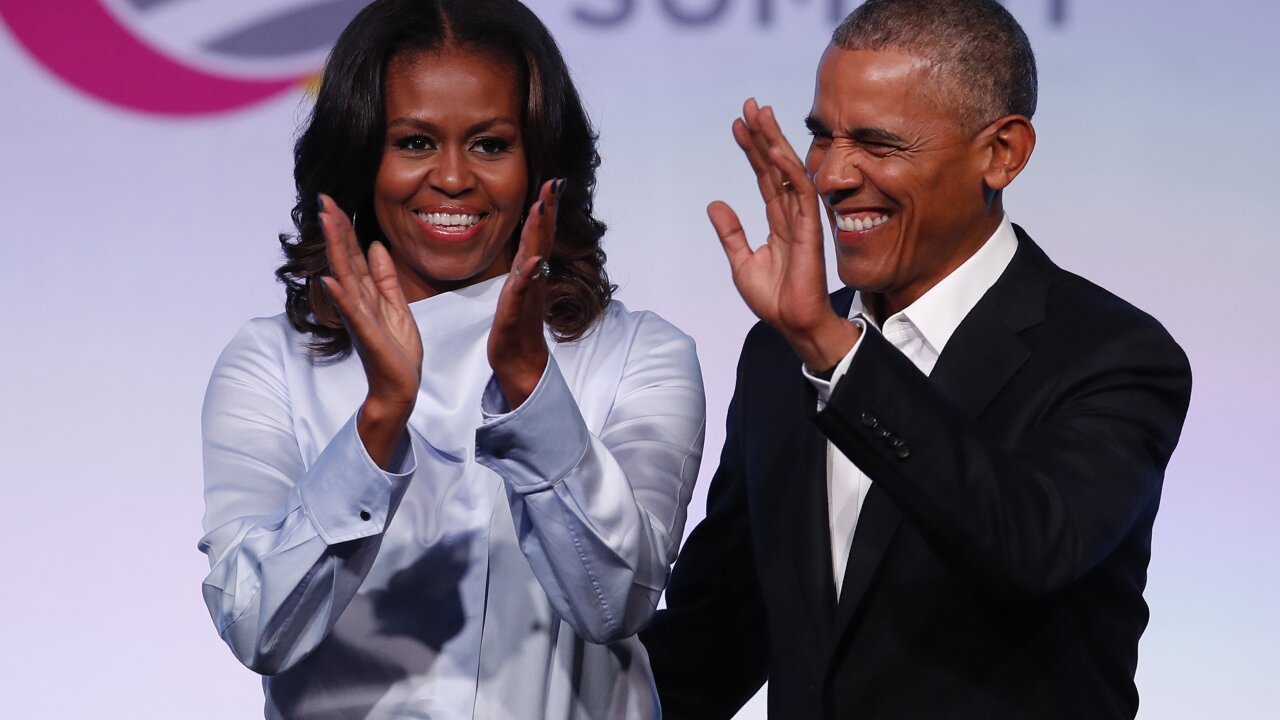 Former US President Barack Obama and his wife Michelle arrive at the Obama Foundation Summit in Chicago, Illinois, October 31, 2017.

Michelle and Barack Obama’s Higher Ground Productions has unveiled its initial slate of projects for Netflix, and they are as wide-ranging as had been promised.

They include a drama set in post-WWII New York City, a scripted anthology, a children’s series, and a number of non-fiction projects.

Former US President Barack Obama and his wife Michelle arrive at the Obama Foundation Summit in Chicago, Illinois, October 31, 2017.

“We created Higher Ground to harness the power of storytelling. That’s why we couldn’t be more excited about these projects,” President Obama said in a release. “Touching on issues of race and class, democracy and civil rights, and much more, we believe each of these productions won’t just entertain, but will educate, connect, and inspire us all.”

Related: Here’s everything coming and going on Netflix in May

“American Factory”: A documentary set in Ohio about the culture clash that occurs after a Chinese billionaire opens up a new factory where a General Motors plant once stood. The film is directed by Academy Award-nominated and Emmy Award-winners Steven Bognar and Julia Reichert (“The Last Truck: Closing of a GM Plant”).

“Bloom”: A drama “set in the world of fashion in post-WWII New York City that depicts barriers faced by women and by people of color in an era marked by hurdles but also tremendous progress,” according to a release. It is written and executive produced by Academy Award-winner Callie Khouri (“Nashville,” “Thelma and Louise”)

“Overlooked”: An anthology scripted series based on the ongoing New York Times obituary column of the same name about remarkable people whose deaths were not reported by the newspaper.

“Listen to Your Vegetables and Eat Your Parents”: A half-hour family show that will take viewers “around the globe on an adventure that tells us the story of our food.”

“Fifth Risk”: A non-fiction series based on the Michael Lewis book that will highlight “the importance of unheralded work done by everyday heroes guiding our government and safeguarding our nation,” according to a release.

“Crip Camp”: A documentary project about a summer camp for disabled teenagers that in the early ’70s transformed lives and set in motion the disability rights movement.