Biden gets bump in a new poll 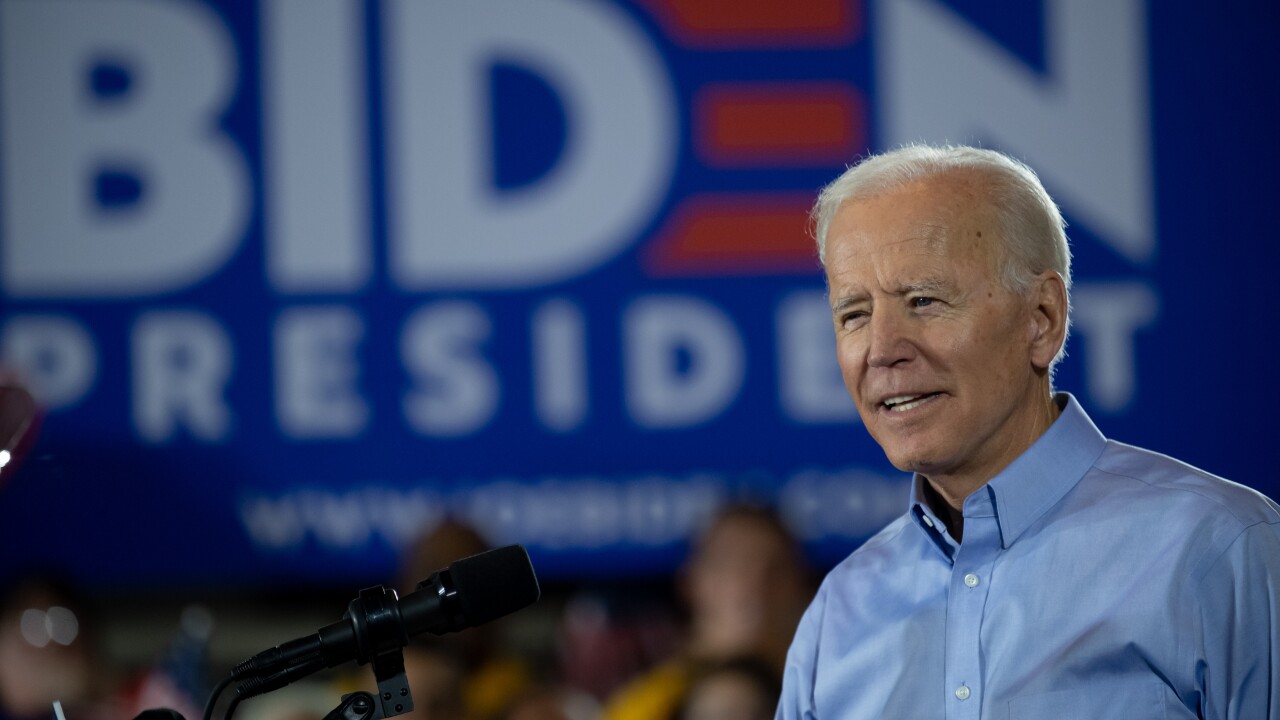 The first full field poll since Joe Biden entered the race shows a big bounce for the former Vice President. The CNN poll, conducted by SSRS, shows Biden with the support of 39% of Democratic or Democratic-leaning voters. That’s more than 20 points ahead of Vermont Senator Bernie Sanders, who stands at 15%. Biden has gained 11 points since formally entering the race last Friday.

No other candidate is in double-digits in the CNN poll. Massachusetts Senator Elizabeth Warren is at 8% and South Bend Mayor Pete Buttigieg is at 7%. Biden was the front-runner before he entered the race and the new poll shows his lead growing. Biden kicked off his campaign Monday with a rally at a union hall in Pittsburgh before heading to Iowa for two days of campaigning. He raised more money than another other Democratic candidate in the first 24 hours after announcing his bid.

Biden’s surge has apparently caught the attention of President Trump, who has taken to Twitter to criticize the candidate he calls “Sleepy Joe.” Biden has been equally aggressive in his criticism of the President.

Biden’s campaign also released a new video featuring former President Barack Obama praising Biden. Obama has said he will not endorse any of the Democratic candidates this early in the campaign.

One bright spot in the poll for the other candidates is a large number of voters (64%) say they could still change their minds.