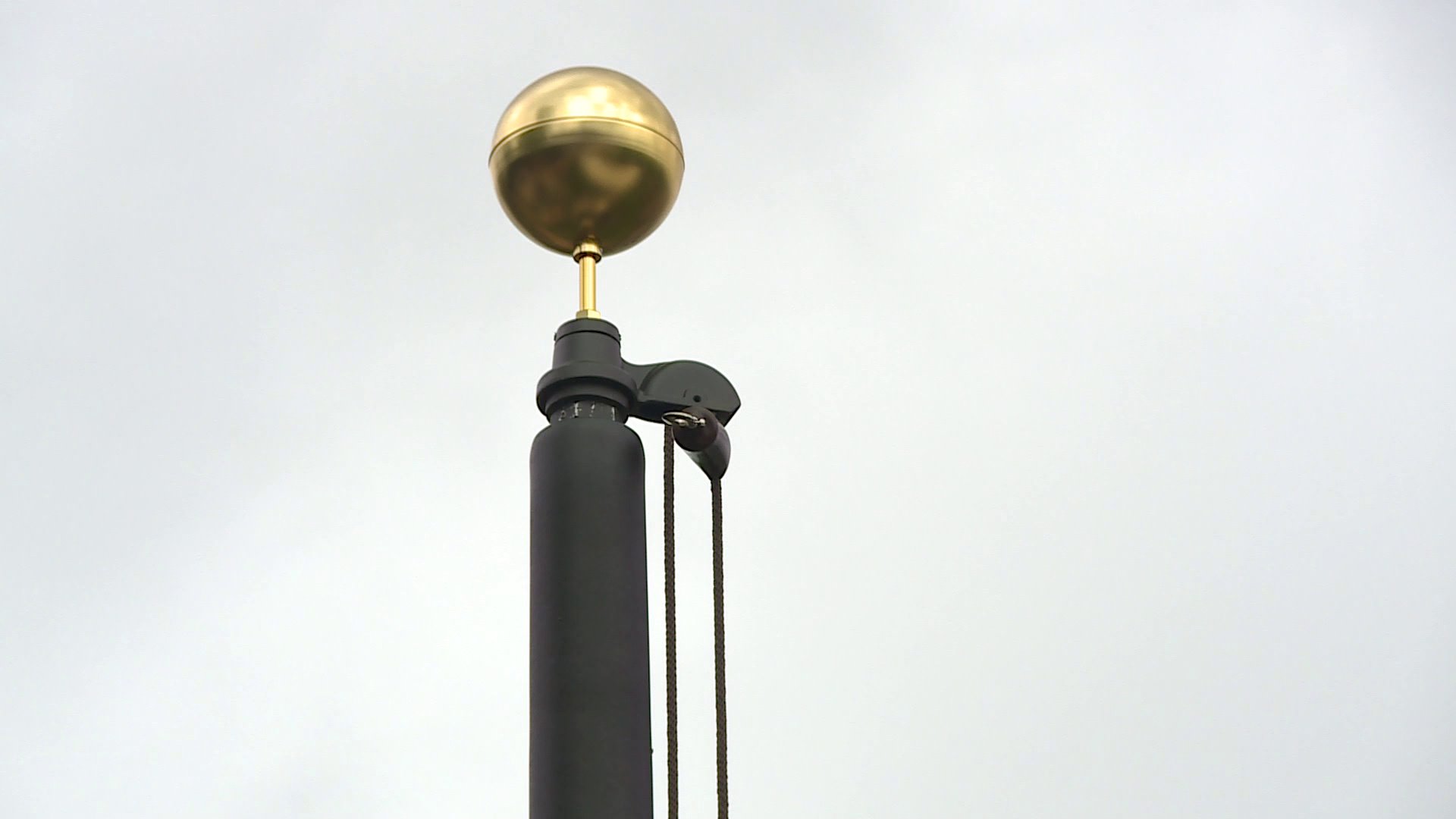 “This is my new flagpole. I just put it in a few weeks ago,” Richard told WTVR. “The time was right and here it is. It’s the way I can fly my flag. I can’t fly my flag without it.”

The flag is part of a DIY project that’s taken twenty years, headaches and heartache.

“I was immediately told that it caused a visual nuisance in the neighborhood,” says Richard.

“I went to battle mode I guess,” says Richard.

The flagpole fight set in motion endless court appearances, threats of jail time and hundreds of thousands in court costs.

The metal mess generated national headlines and pitted neighbor against neighbor. Richard appealed to the United States Supreme Court, but justices refused to hear the case. Once his legal fight was exhausted Richard’s flagpole came down.

It was a crushing moment for a proud veteran who just wanted to honor those who never came home.

In 1967, a 21-year-old Richard was attached to the Marines in Vietnam.

“The unit I was with was the 1st Battalion 9th Marine which got nicknamed in Vietnam “The Walking Dead” because of the casualty rate,” says Richard.

The combat medic witnessed horrors of war up close, but despite Richard’s best efforts casualties mounted.

“Especially when they’re somewhat alert and they ask you to save them,” says Richard.

Richard would help hundreds of Marines live. Dozens would not make it. Richard’s unit experienced the worst casualty rate in the history of the Marine Corps.

“So took a little PTSD home with me from Vietnam,” says Richard. “Mostly it’s a profound sadness that I have. I tear up a lot.”

“I used to hide from them and with they went away. Now I welcome them because they’ll all be my brothers...I don’t mind the memories now. They’re just part of my life,” says Richard.

“I know this flag issue has affected him all of these years. So, I didn’t want to give up,” says Ava.

Richard and his wife Ava never intended to cause such a big flagpole fuss. But a few months ago, Richard’s fiasco would finally end.

“You know what we did was get together and talk about it,” says Richard. “I would love to get (The HOA) a high five or a round of applause because it’s a great American thing they did to get this Veteran his flagpole up.”

“It means everything because without the flagpole I couldn’t fly my flag,” says Richard. “Not the way it should be flown.”

On Saturday Richard will hoist the Stars and Stripes. The same American flag that flew over his hilltop bunker decades ago and far away.

“Oh, very beautiful. I love it. I’ll have this till the day I die,” says Richard. “Yeah, I was a witness to a lot. And the flag was with me through it all.”

The Oulton’s are still in disbelief.

“It just means so much to me. Deep in my heart. So much,” says Ava.

“To see the flag pole every day its wonderful,” says Ava. “When the American flag will fly there it will be unbelievable to see it every day to look at it.”

After a decades-long dust-up that was worth the wait. “Sure, I would do it all over again. Absolutely,” says Richard.