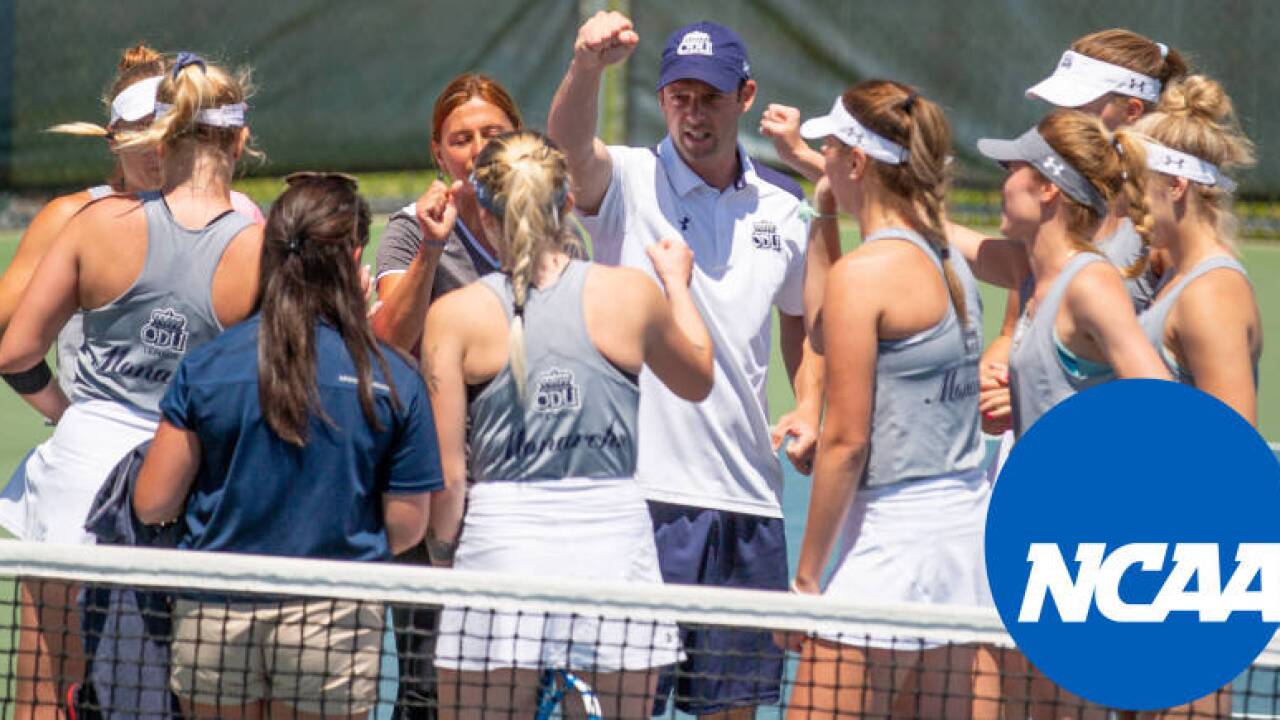 NORFOLK, Va. (ODUSports.com) – The No. 37 nationally ranked Old Dominion women’s team earned the program’s first ever at-large bid to the NCAA Tournament on Monday night, as announced by the NCAA selection committee.

The Monarchs will take on No. 21 nationally ranked Virginia in the First Round of the NCAA Tournament in Columbia, S.C.

This marks ODU’s second ever NCAA Tournament appearance as team, with the first coming in 2001, when the Monarchs won the CAA Tournament.

Earlier this season on March 28, ODU fell to UVA by a 4-3 score in Charlottesville, Va.

Head coach Dominic Manilla has led the Monarchs to a 19-4 record so far this season, while compiling a perfect 11-0 mark at home.

Earlier this year, ODU went into Knoxville, where the Monarchs took down No. 24 nationally ranked Tennessee. Old Dominion also picked up another ranked road victory over No. 50 Baylor in Waco.

At one point this season, Manilla’s Monarchs were nationally ranked No. 19, the highest mark in program history.