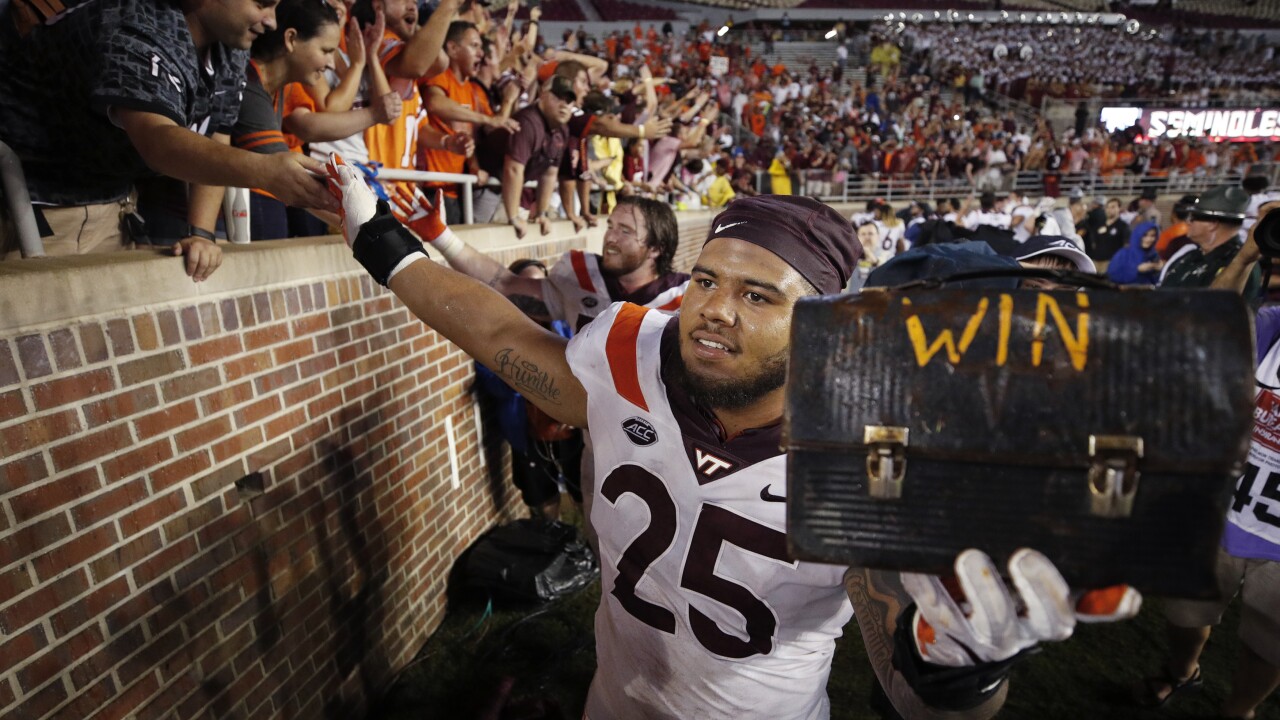 NORFOLK, Va. – Local products Ricky Walker and Chris Peace didn’t get drafted, but it didn’t take them long to land homes in the NFL.

Moments after the draft concluded, Ricky Walker announced on his Twitter that he was signing an undrafted free agent deal with the Dallas Cowboys. The Bethel High grad out of Hampton and former Virginia Tech Hokie was a finalist for the Dudley Award, leading Tech with 10.5 tackles for loss in 2018.

In four seasons with the Hokies, Walker finished with 127 tackles, 30.5 tackles for loss, and eight sacks. Walker had the best shot at being drafted, but no Hokies were selected for the first time since 1993.

Peace, a Denbigh High alum out of Newport News, signed with the Los Angeles Chargers, per UVA Football’s Twitter. In 2018, Peace started all 13 games for the Cavaliers, leading all ACC linebackers with 7.5 sacks. In his four-year career, Peace finished with 198 tackles and 17 sacks.