Juan moving on to next level: UVA’s Juan Thornhill selected by Kansas City in NFL Draft 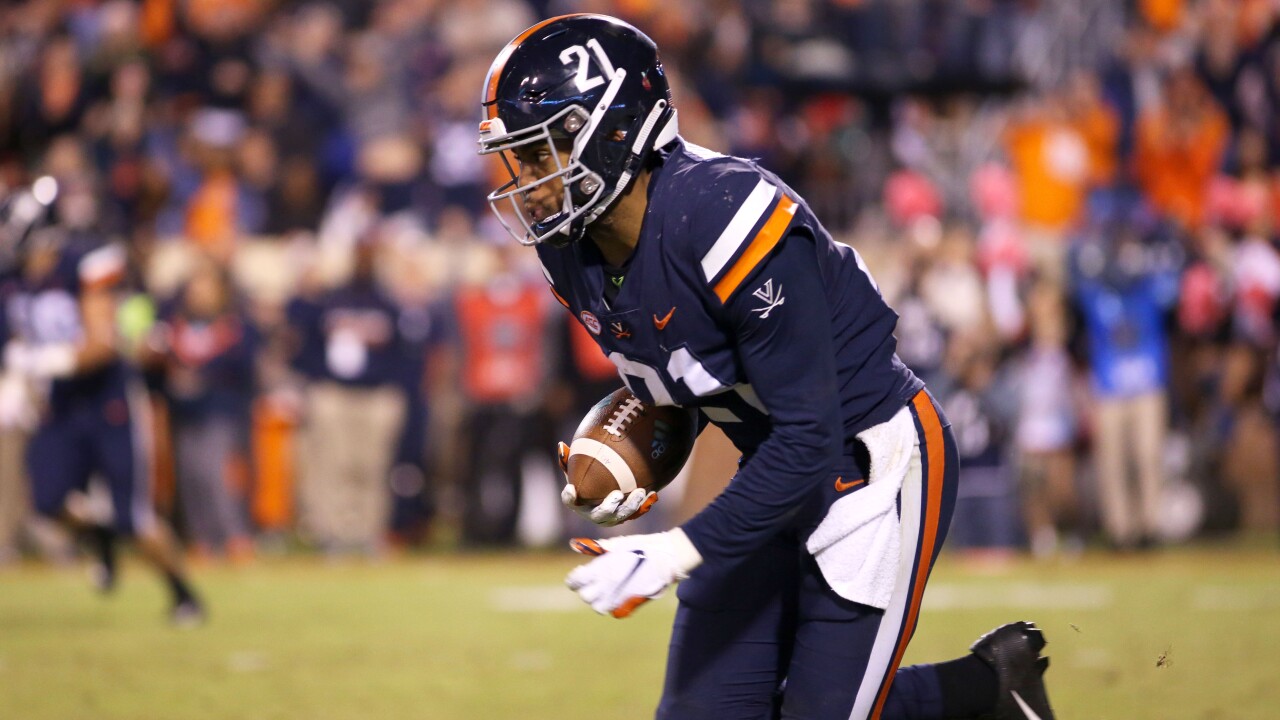 CHARLOTTESVILLE, Va. (VirginiaSports.com) – Virginia senior safety Juan Thornhill (Altavista, Va.) was selected by the Kansas City Chiefs during Friday’s second round of the National Football League Draft. Thornhill was the 63rd overall pick and the first safety drafted out of Virginia since Anthony Poindexter was taken by the Baltimore Ravens in the seventh round, 216th overall, in 1999.

Thornhill finished the 2018 season No. 3 in the nation and No. 3 in the ACC with six interceptions. He set a UVA single-season record for interception return yards with 141 and led Virginia with 98 tackles.  Thornhill was a first-team All-ACC honoree, an honorable mention All-American by College Football News and named to the Associated Press All-Bowl team. Thornhill started in the Senior Bowl and participated in the NFL Combine. He was named the Walter Camp National Defensive Player of the Week after making six tackles and intercepting two passes against No. 16 Miami. Thornhill also recorded 4.5 tackles for loss, blocked a PAT and returned it for a two-point score. He leaves UVA tied for No. 6 all-time at UVA with 13 career interceptions, sharing the spot with Chase Minnifield (2008-11). Thornhill helped spearhead a UVA secondary in 2018 that finished No. 12 in the nation in passing efficiency defense (107.62), No. 16 in passing yards allowed (183.0) and No. 20 in both team defense (330.5) and scoring defense (20.1).