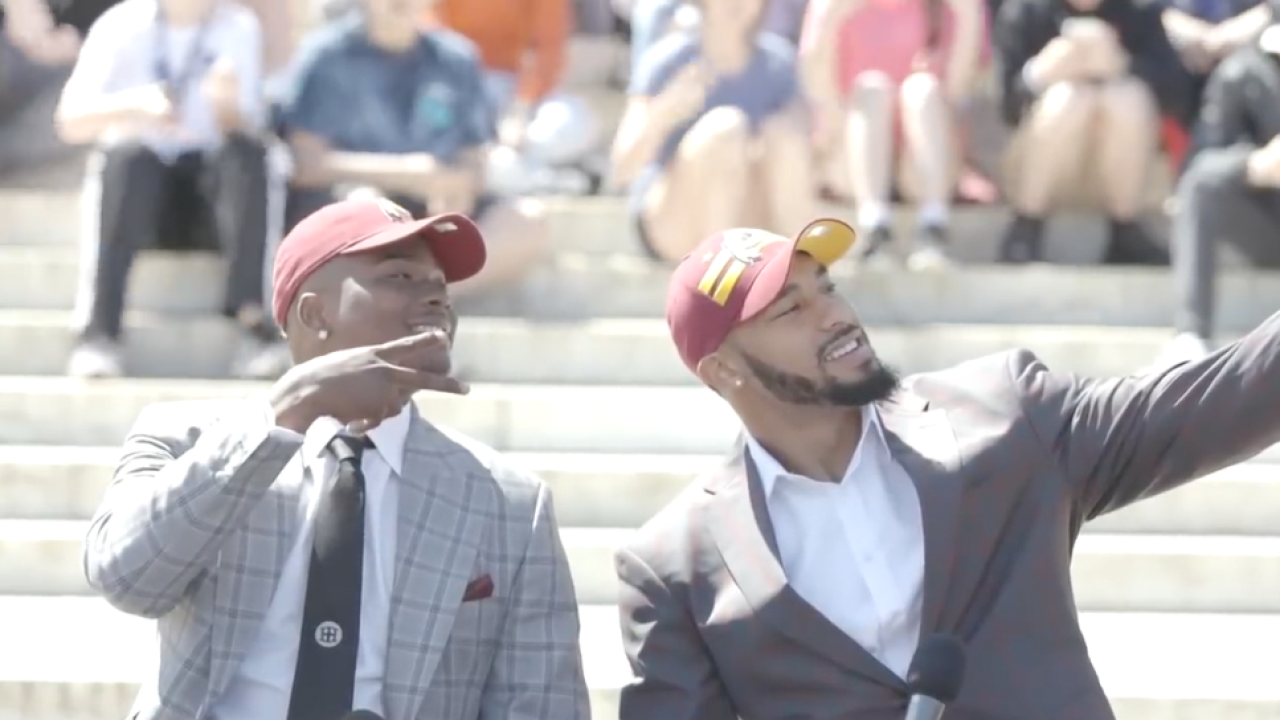 NASHVILLE, Tenn. – Going into the NFL Draft, the Washington Redskins had multiple needs to address. They expressed interest in shoring up their defense, getting receiver help, and beefing up their offensive line.

They accomplished that and some over the course of three days in Nashville. In the first round, the Redskins let Ohio State quarterback Dwayne Haskins fall to them at No. 15.

With the uncertainty surrounding Alex Smith playing football again, and Colt McCoy and Case Keenum set to be free agents after this season, the Potomac, Md. native was destined for Washington.

The ‘Skins traded back into the first round to draft Mississippi State defensive end Montez Sweat with the 26th pick. On Friday, they would get Haskins some help on the outside, drafting fellow Buckeye Terry McLaurin.

Seven picks later, and Redskins fans feel like they had a *really* good draft. Here’s a list of all the picks: