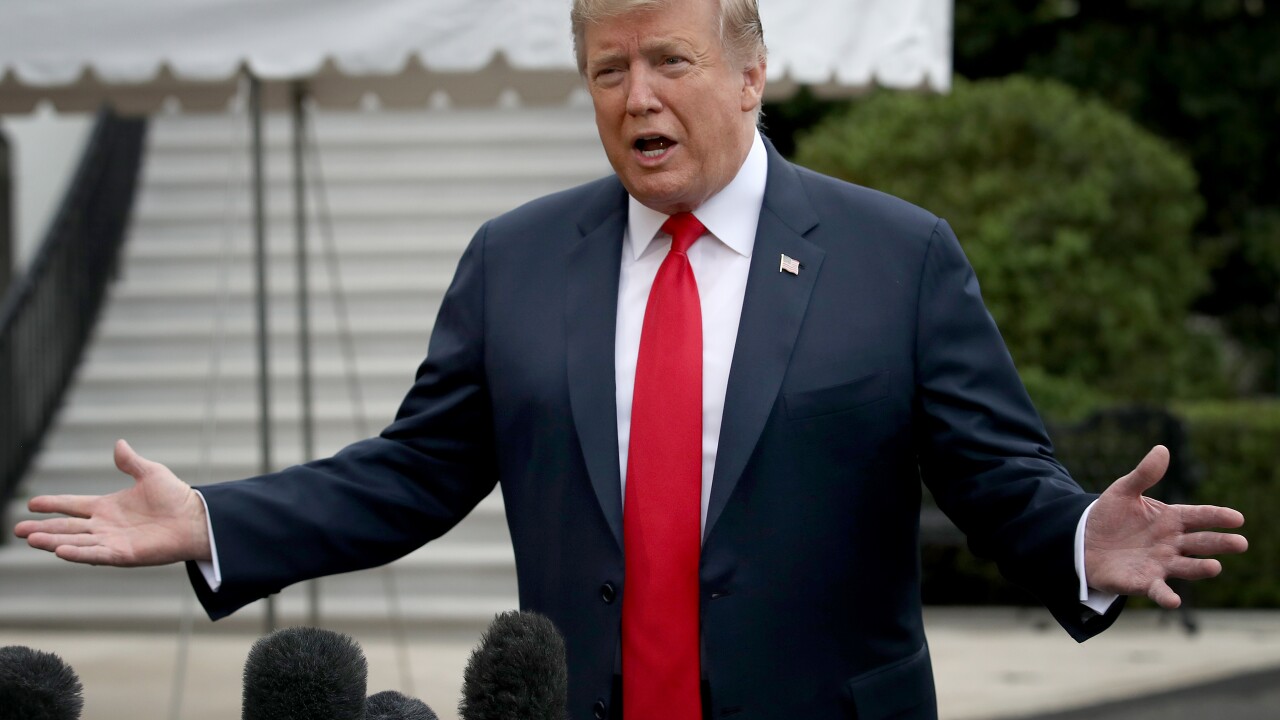 President Trump defended his comments about the 2017 white supremacists who marched on Charlottesville. Before leaving for an NRA event in Indiana, the President said “If you look at what I said you will see that that question was answered perfectly, the President told reporters. “I was talking about people that went because they felt very strongly about the monument to Robert E. Lee, a great general.”

In the aftermath of the deadly 2017 protests the President drew criticism for offering a moral comparison between white supremacists and the people who showed up to protest them. The “United the Right” rally originally focused on plans by the city of Charlottesville to remove the Lee statue but exploded in violence. One woman, counter-protester Heather Heyer,  was killed when she was struck by a car  driven into the crowd. At the time, Trump said there was blame on both sides and there were “very fine people on both sides.” Those comments drew widespread criticism. House Speaker Paul Ryan said they were “wrong.”

Former Vice President Joe Biden said those comments were the spark that ignited his decision to run for President. In his three-minute video announcing his 2020 bid, Biden said “In that moment, I knew the threat to this nation was unlike any I had ever seen in my lifetime.” Biden called the Charlottesville clashes a “defining moment for this nation in the last few years.” Biden is the 20th democrat to enter the 2020 race.