Fort Worth his while: Cox High School’s Keontae Jenkins commits to TCU 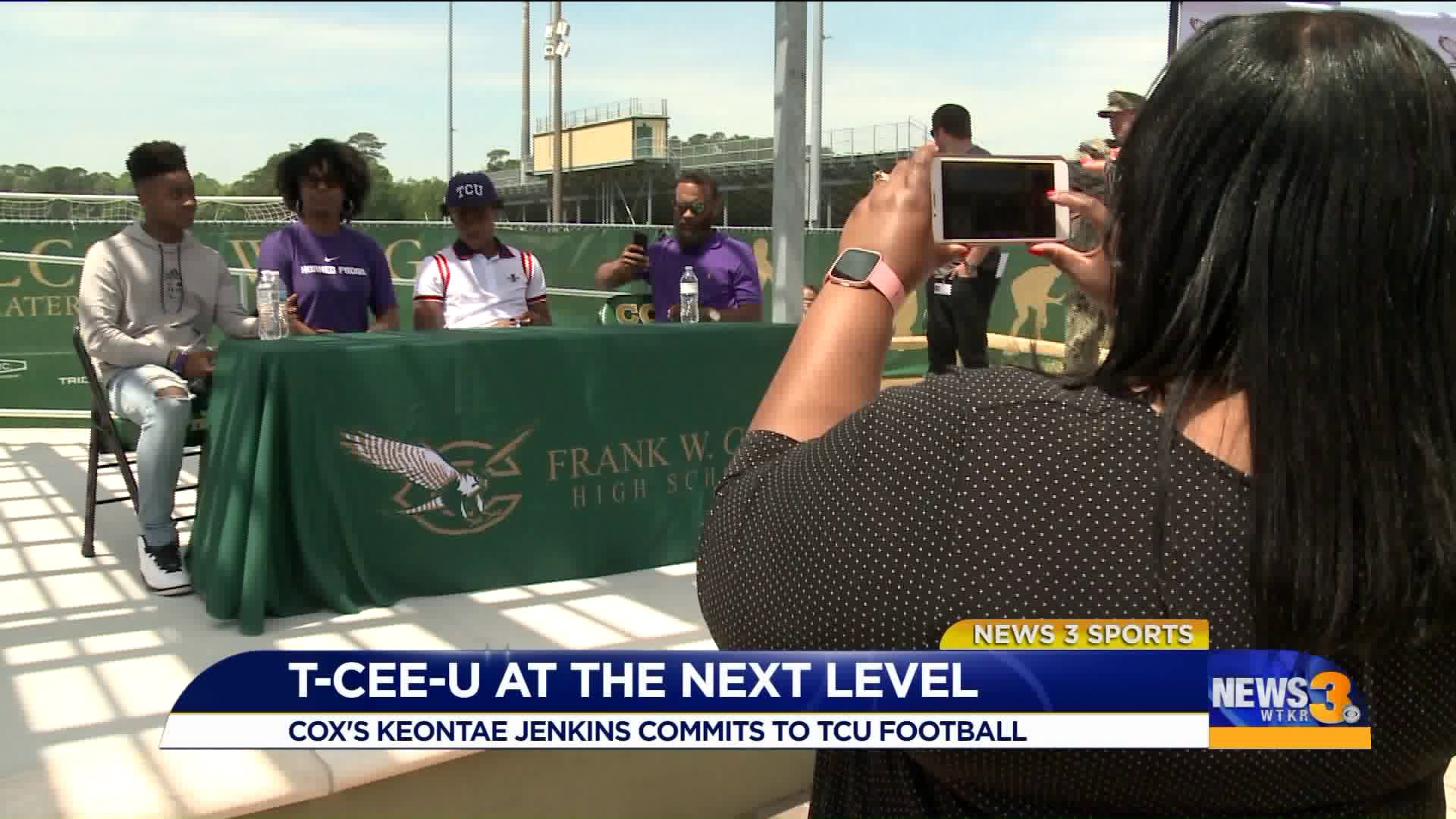 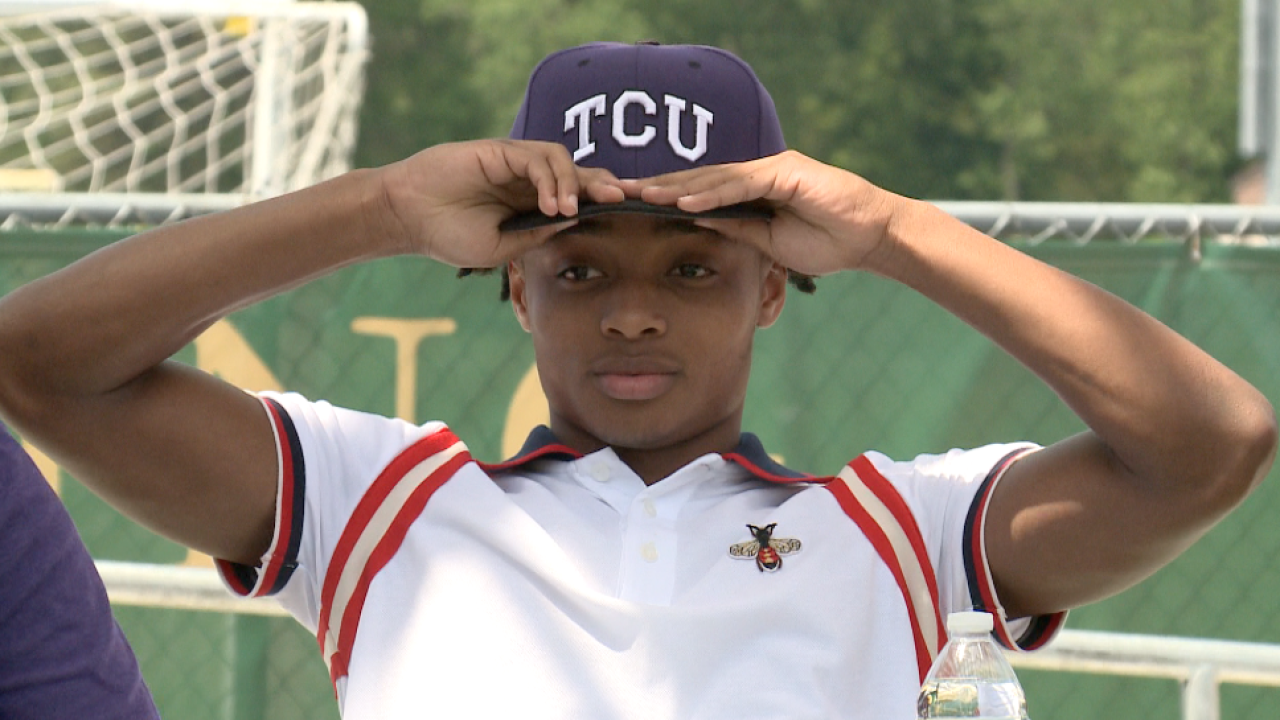 The Cox High School product is making the leap from Virginia to Texas to become a frog - a TCU Horned Frog.

Thursday, Jenkins - a 4-star recruit according to 247Sports, committed to play his college football for TCU. The Horned Frogs are members of the Big 12 Conference.

Jenkins, a junior in high school, is rated by 247Sports as the number five prospect in Virginia for the Class of 2020. He's the top-ranked cornerback in the state and 17th nationally.

"Coach [Gary] Patterson's personality - it's more than football," Jenkins told News 3. "He really cares about his players. And they've been recruiting me since the beginning."

"Fort Worth has a lot of stuff to do," Keontae said about pledging to play for an out-of-state school. "I didn't want to stay so close. I wanted to get out and see new things and explore new things."

Jenkins' older brother, Levonta Taylor, is entering his senior season as a defensive back at Florida State.