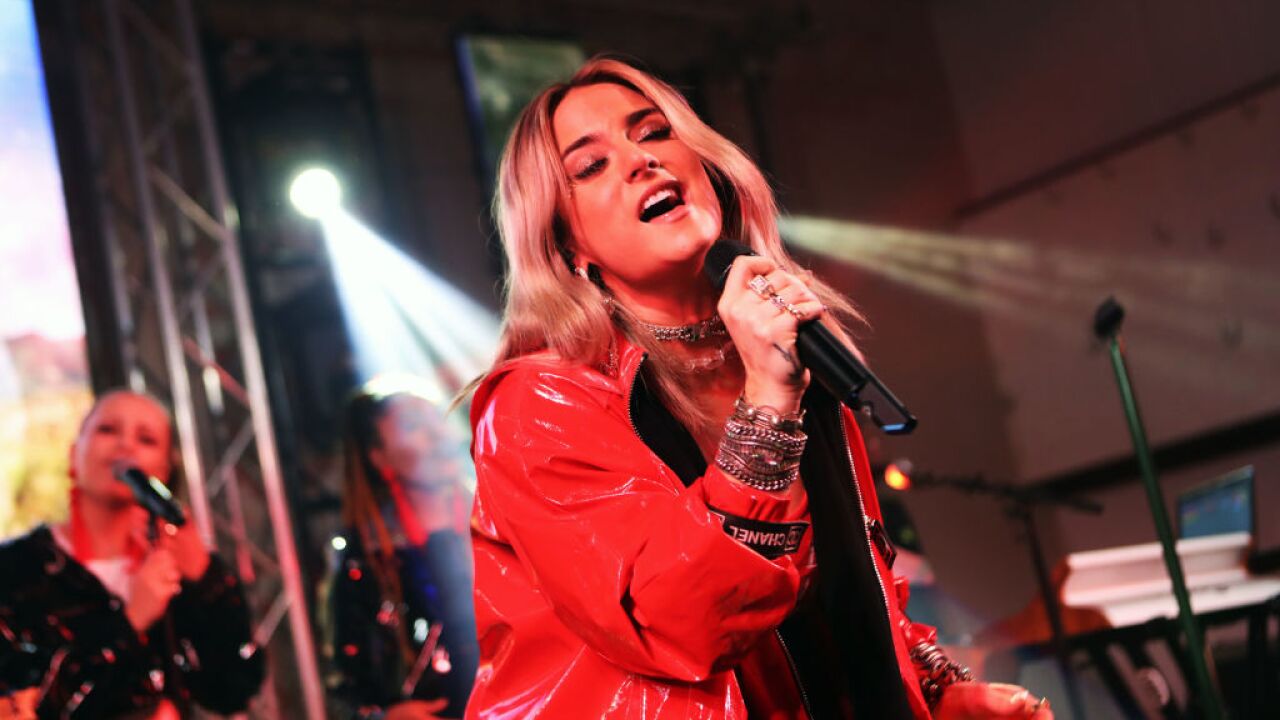 NORFOLK, Va. – PrideFest is back for another year, and a singer known for her big voice will join in on the celebrations.

Hampton Roads Pride announced JoJo as the headliner for the annual celebration of the local LGBT community.

In 2004, the acclaimed pop/R&B singer, born Joanna Levesque, became the youngest solo singer to ever have a #1 hit on the Billboard Pop songs chart with “Leave (Get Out)” from her self-titled debut album. She was 13.

Hampton Roads Pride President Cole Werkheiser cited JoJo’s advocacy for the LGBT community as one of the reasons why she was chosen to headline the annual event.

“JoJo credits the LGBT community with saving her life and has used her celebrity status to raise funds for suicide prevention organizations like The Trevor Project and Trans Lifeline,” Werkheiser said. “She’s also been at the forefront of LGBT visibility efforts and featured a non-conforming LGBT person in her ‘No Apologies’ music video. JoJo has headlined Phoenix Pride and San Diego Pride, and we are so excited to have her headline PrideFest 2019.”

Another PrideFest headliner will be announced in May, along with the 2019 PrideFest Grand Marshall.

PrideFest is an annual celebration of the LGBT communities that focuses on visibility, equality and love. The festival draws 30,000 people and features:

This year, the PrideFest theme is “Live Your Best Pride,” which celebrates the dignity and courage in the LGBT community.

Hampton Roads Pride will kick off its 8th Annual Pride Block Party in Scope Arena at 7 p.m. This year’s Block Party theme is “Strike a Pose;” it will highlight the expressive styles, attitudes and abilities that make each member of the LGBT community unique and proud.

Tickets for the Block Party are $13 before June 17 and $16 after that date and can be purchased through Ticketmaster.

PrideFest 2019 will take place on Saturday, June 22 from 12-8 p.m. at Town Point Park in Downtown Norfolk. It is free and open to everyone.