Over in overtime: Caps’ Cup reign comes to an end in overtime loss vs. Carolina 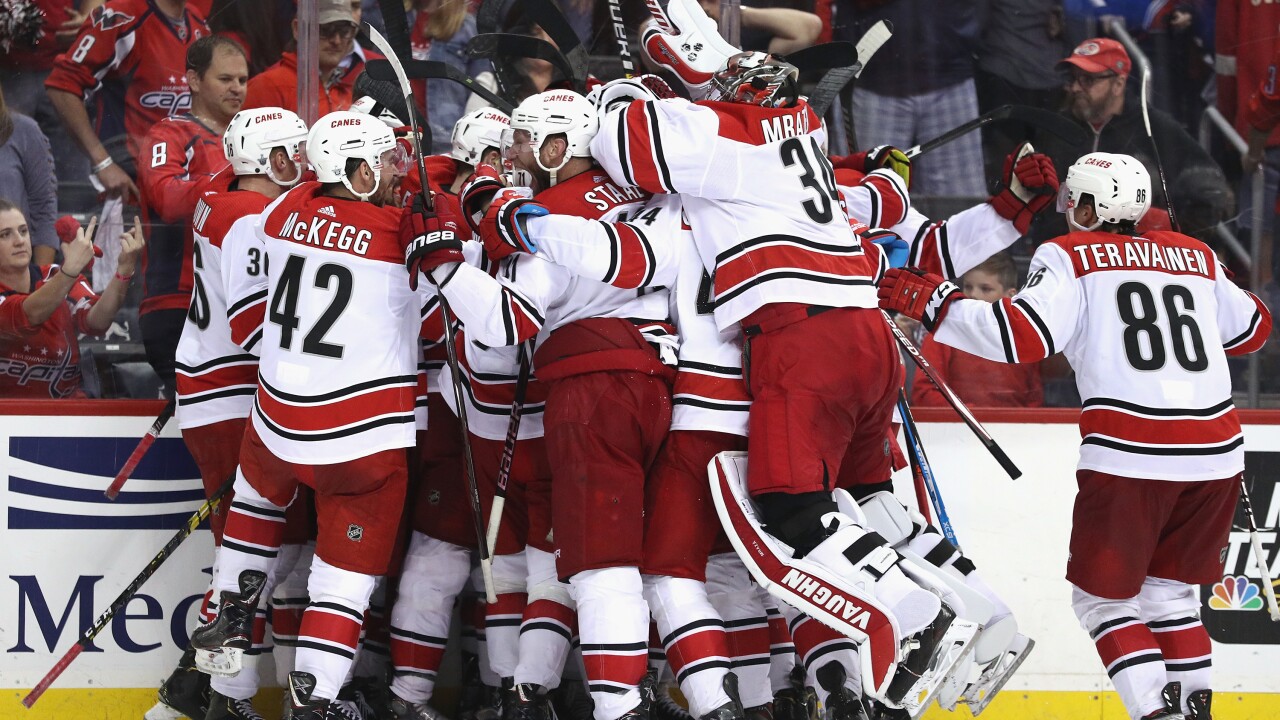 The Caps, winners of the 2018 Stanley Cup, were eliminated in the first round of the 2019 Stanley Cup Playoffs with a 4-3 loss vs. Carolina in double overtime Wednesday. Brock McGinn scored the game-winning goal at 11:05 in double OT, his first career game-winner.

In the defeat, the Caps blew leads of 2-0 and 3-1. The Hurricanes advance to face the New York Islanders in the next round.

Washington jumped out early, as goals from Andre Burakovsky and Tom Wilson propelled the Caps to a 2-0 lead after one period.

After a shorthanded goal by Sebastian Aho pulled Carolina to within a goal, Evgeny Kuznetsov’s first goal of the Stanley Cup Playoffs put Washington back up 3-1.

However, the Hurricanes answered with goals from Teuvo Teravainen and Jordan Staal to knot the game at 3.