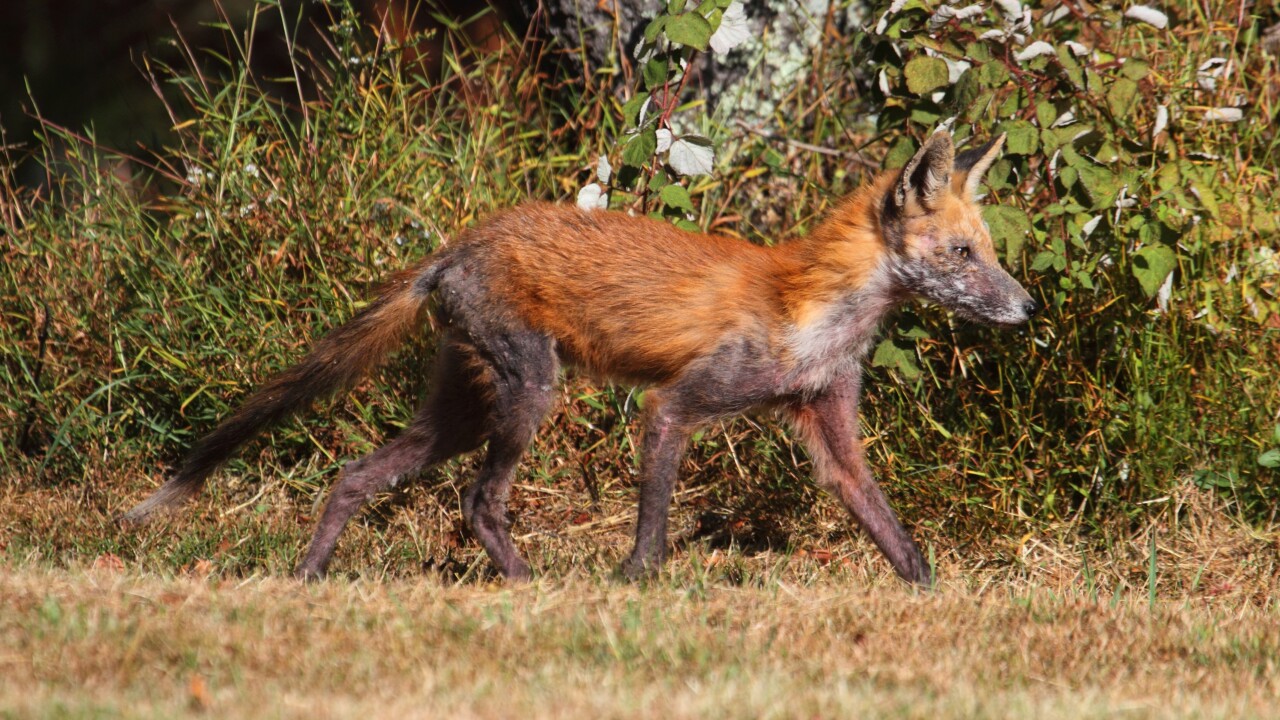 VIRGINIA BEACH, Va. – There has been a recent spike in reports of red foxes with mange around the North End of Virginia Beach, according to Virginia Beach Animal Control.

Mange, or an infestation of burrowing mites that causes intense itching, can cause foxes to lose fur and become covered in scabs. Animal Control said that the foxes may appear sick or slow, but do not appear to be suffering from rabies.

Animal Control coordinated with local wildlife rehabilitators to try to trap and treat infected foxes in the area. However, after several months, the department said it had not been able to capture any infected foxes due to the fact that the mange is now affecting the foxes’ senses of sight and smell.

According to Animal Control, anyone is welcome to attempt to trap the animals, and rehabilitators can legally treat them, but people are discouraged from feeding them. When foxes concentrate in an area, it allows mites to easily move to the next host.

People are also discouraged from leaving out baited, medicated food, as it will not dose the foxes correctly and could potentially harm or kill non-targets like collies or similar dog breeds.

“We ask that citizens understand that while this situation may seem frustrating to you, it is also frustrating and taxing to our officers being unable to do anything,” the department said in a statement. “We are all wildlife lovers. While it saddens us in circumstances where we are unable to do much, we also understand that some events in the wild are out of our control.”