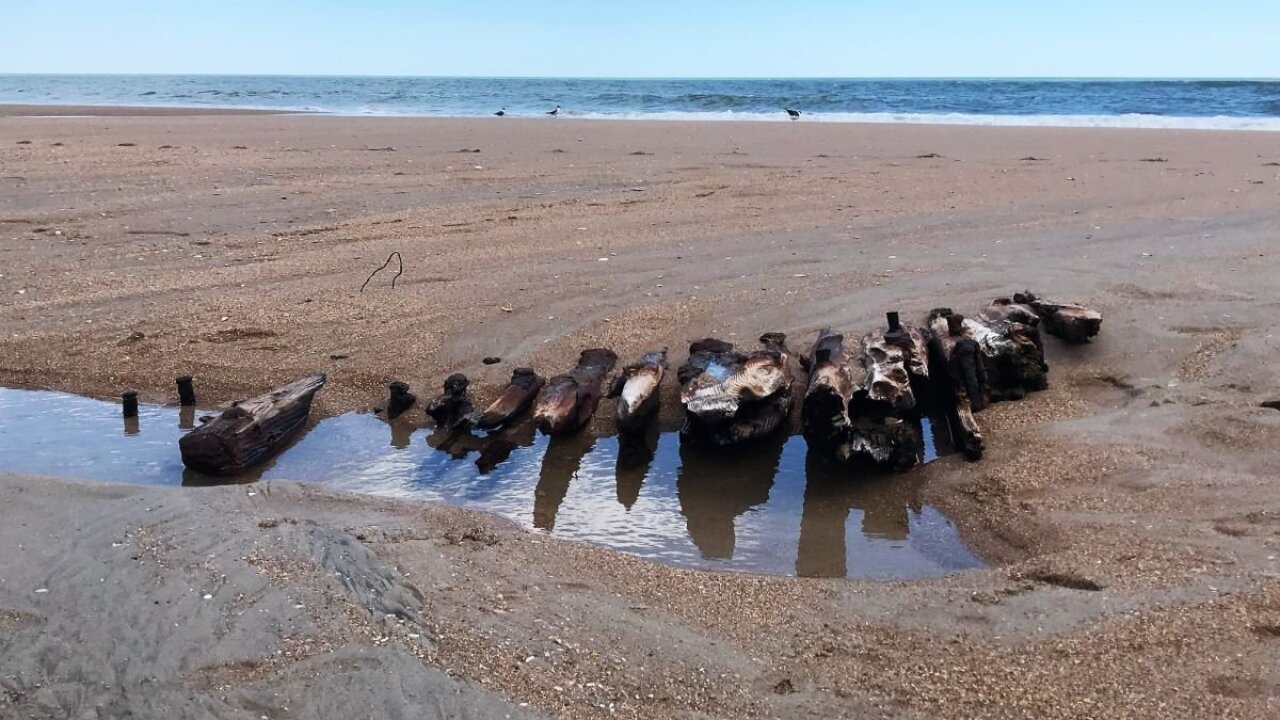 The town of Surf City announced in a Facebook post that the wreckage of the William H. Sumner appeared about 150 yards north of the old Barnacle Bill’s Pier.

The ship went down off the North Carolina coast in 1919 while carrying mahogany and phosphate rock from the West Indies to New York, according to CNN affiliate WECT.

Tides reveal the ship’s remains once or twice a year, the town said.

Related: The remains of a World War II aircraft carrier, unseen for 75 years, have been found

The ship was built in 1891 as a schooner, a sailing ship that has fore-and-aft sails on its two or more masts, according to WECT. After recovering some of the ship’s parts, the Coast Guard blew it up because it was a safety hazard for boaters.

The part that wound up on Surf City’s beach is believed to be the ship’s inner shell.

What happened to the schooner a century ago remains fuzzy. Capt. R.E. Cochran killed himself after the ship ran aground, according to a 1919 article in The New York Times. It had been his maiden voyage as skipper.

The schooner’s remains are protected under the state’s laws, which prohibit shipwrecks from being removed or damaged.