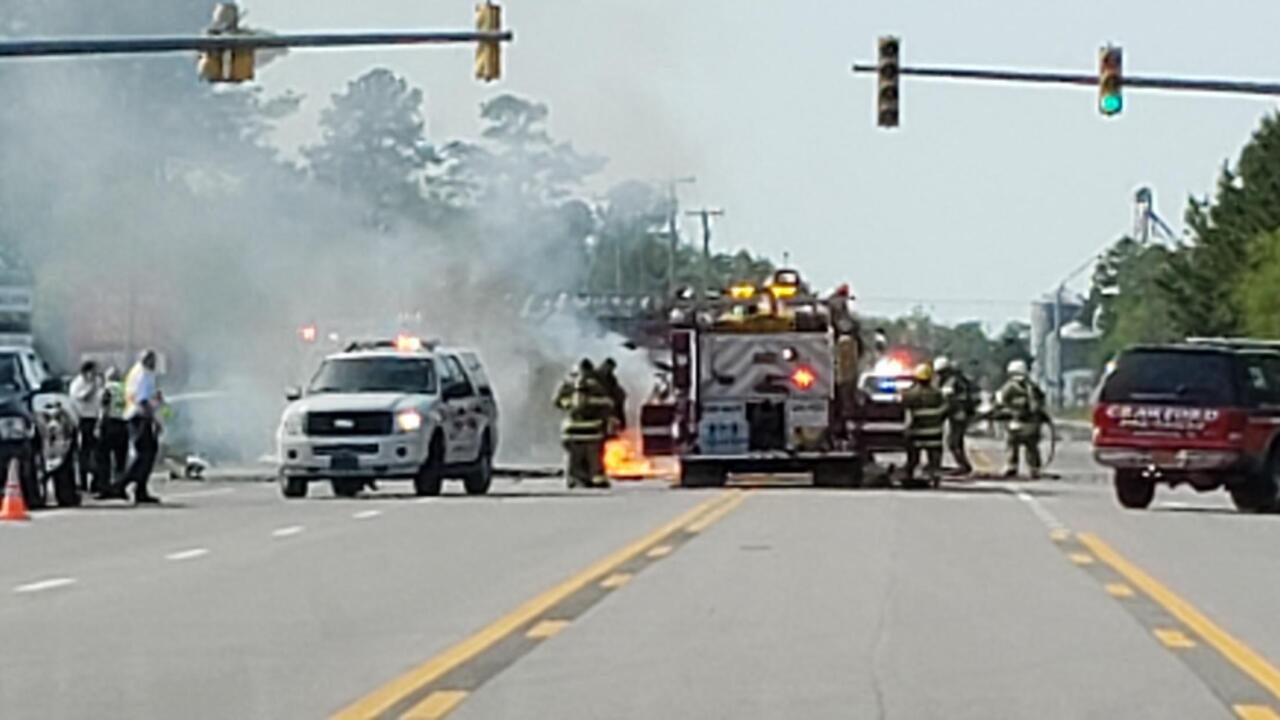 CURRITUCK Co., N.C. – Police are investigating after a motorcyclist was killed in a multiple-vehicle crash on Wednesday.

Units from Currituck Fire-EMS responded to the intersection of Moyock Commons Drive and Caratoke Highway at 4:12 p.m.  The call reported a motor vehicle crash with injuries.

Crews arrived minutes later to find a three-vehicle crash with an SUV and a motorcycle on fire. Bystanders had already rescued the driver of the SUV from the vehicle.

While fire units from the Moyock and Crawford Township Volunteer Fire Departments put out the fire, medics assessed the three people who were involved in the crash.

A Sentara Nightingale helicopter air ambulance was called to the scene to transport the SUV driver, and a ground ambulance took the driver of the pickup truck to Chesapeake Regional Medical Center.

Highway patrol officials identified the victim as 51-year-old Scott Drew of Moyock. The driver of the SUV was identified as Samuel Soloman, Jr., also of Moyock.

Officials say the Dodge Ram truck was stopped at a stop light, and Drew was on his motorcycle behind the truck.

Soloman, driving his SUV, failed to slow down and hit Drew while Drew was on his motorcycle. Both the SUV and motorcycle then caught fire.

Soloman was charged with misdemeanor death by vehicle.

The crash is still under investigation with more charges pending.