Weight loss challenge has Norfolk Sheriff’s deputies getting in shape 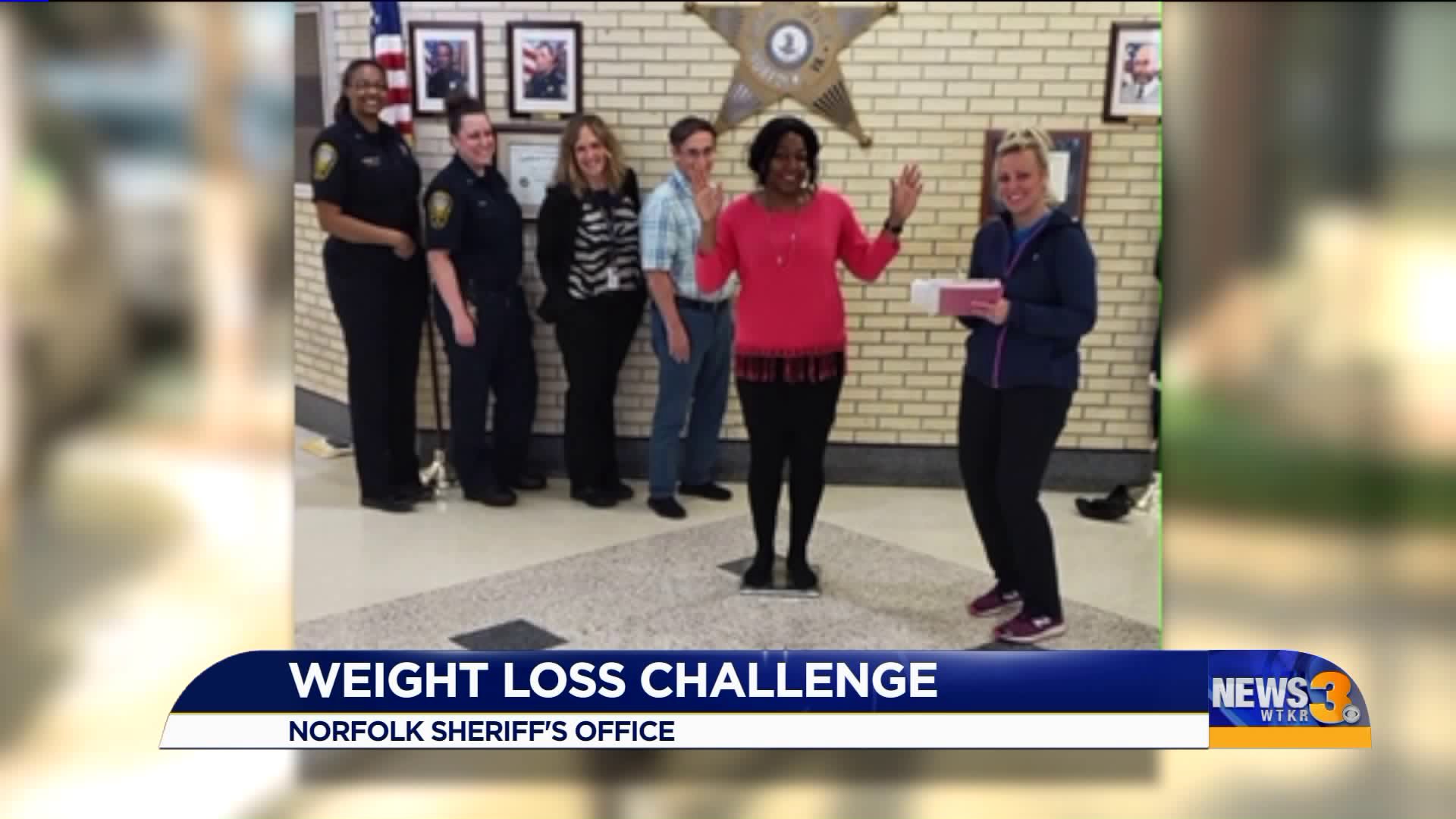 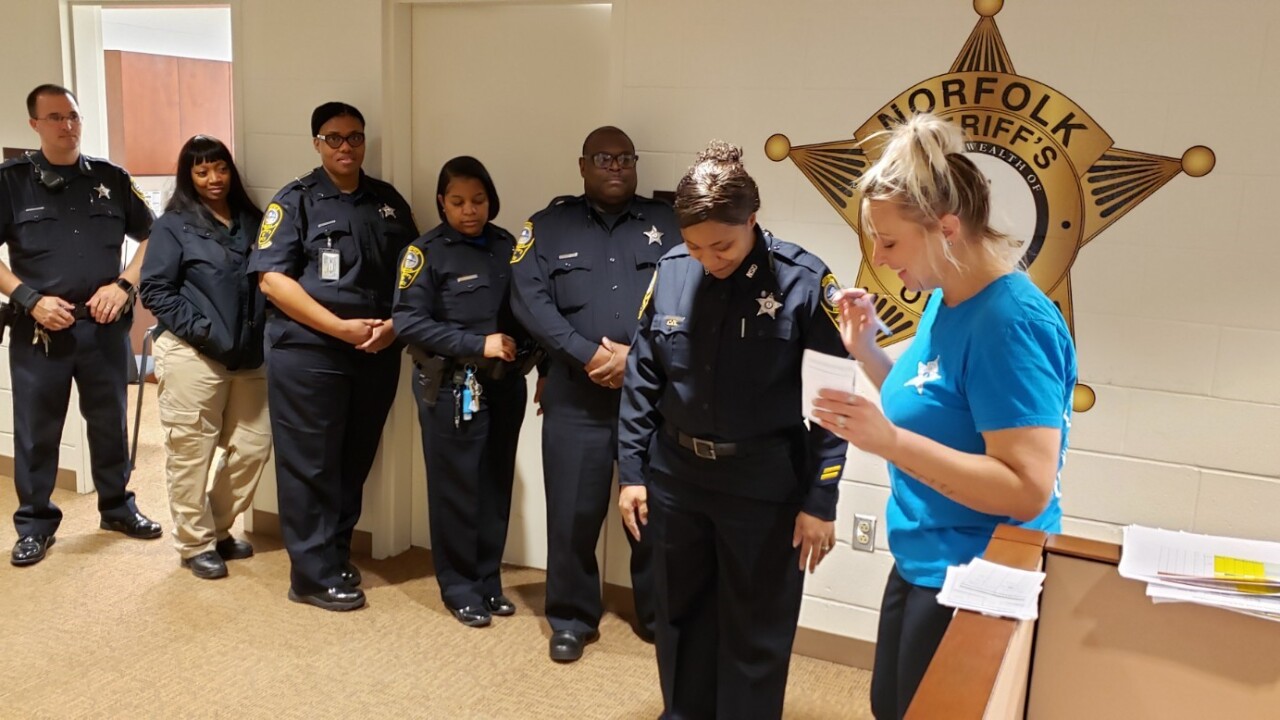 The Norfolk Sheriff's Office says collectively 63 challengers (75 percent of the initial 83) lost a total of 486 lbs. 30 people reached their goal.

NORFOLK, Va. - You see Norfolk Sheriff's deputies in the courthouse, the jail and out in the community, but soon you might see "less" of them.

Not fewer numbers, but physically less.

The challenge started in March and the goal is for participants to lose four percent of their starting body weight.

Department Health and Wellness Coordinator Kim Bean is spearheading the challenge with support from Sheriff Joe Baron. She says the hope that participants will find motivation in others taking part.

"We`re at work already. Let`s make it a kinder place, a happier place. 'Team before self' is one of our values at the sheriff`s office. Why not make it a team? Be united and if it`s doing something like this that is so challenging it becomes greater than itself," said Bean.

The challenge consists of weekly weigh-ins. Anyone who maintains their weight must pay $1 and there's a $1 penalty for each additional pound gained. Even if someone loses an ounce, it's considered a loss and there is no penalty.

Bean says her big focus is getting the deputies to lose the weight through nutrition, but there are also exercise programs to help.

"We have run with the recruits program, walking on Wednesdays program so other incentives are there, but sometimes people don`t like to exercise and I get it so this reaches out to a greater population. Let`s focus on the nutrition end of it," she said.

The "Lose-to-Win" challenge ends at the end of April for some and mid-May for others working jail shifts.