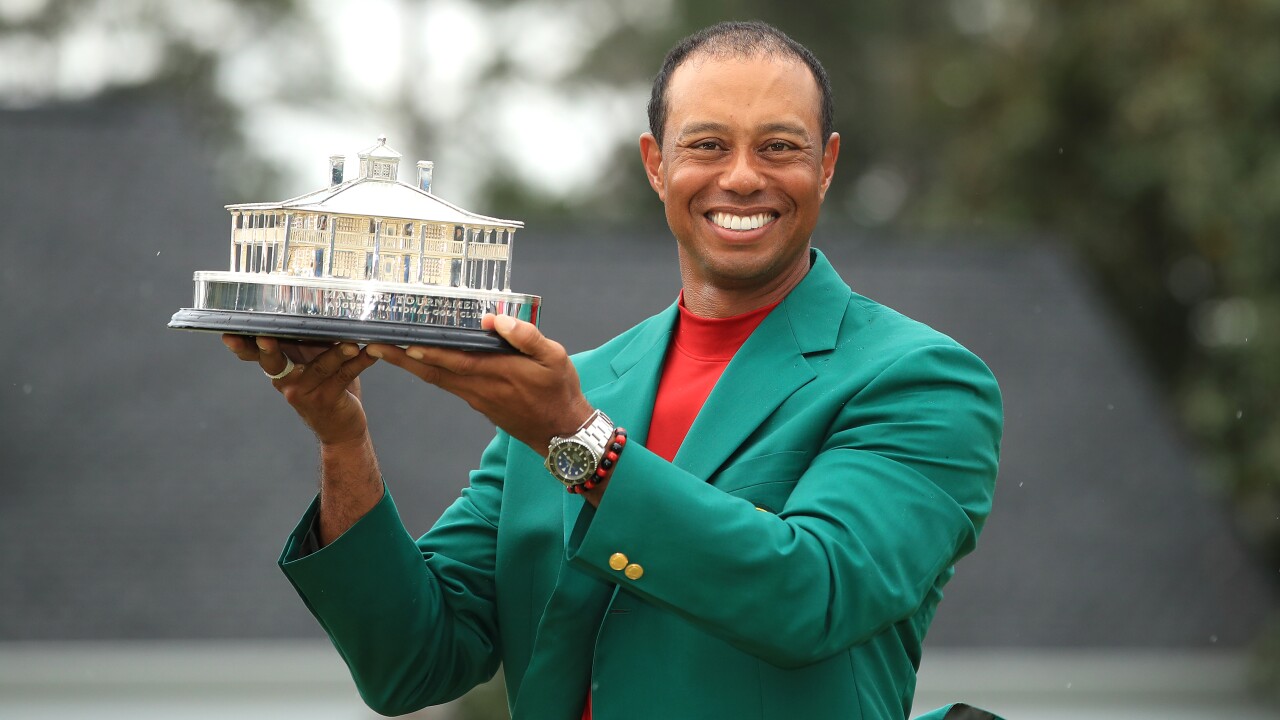 AUGUSTA, Ga. – He’s back! Tiger Woods wins his first green jacket since 2005 with a win at the 83rd edition of The Masters.

Woods, 43, hadn’t won a major championship since the U.S. Open in 2008. Winner of four green jackets before today, Woods now has 15 major titles. He is now the second oldest Masters winner, trailing Jack Nicklaus (46 at the time).

Tiger also moves closer to the all-time record for major victories of 18, held by Nicklaus as well.

Woods bogeyed the fourth and fifth holes on the front nine, but would birdie four of the next ten holes to jump out to a two-stroke lead with two to play.

Woods (-13), grouped with the initial leader heading into the back nine, Francesco Molinari, and Tony Finau, started their round at 9:20 a.m. due to a forecast of inclement weather.