The Masters: A pro golfer’s guide to Augusta’s Amen Corner 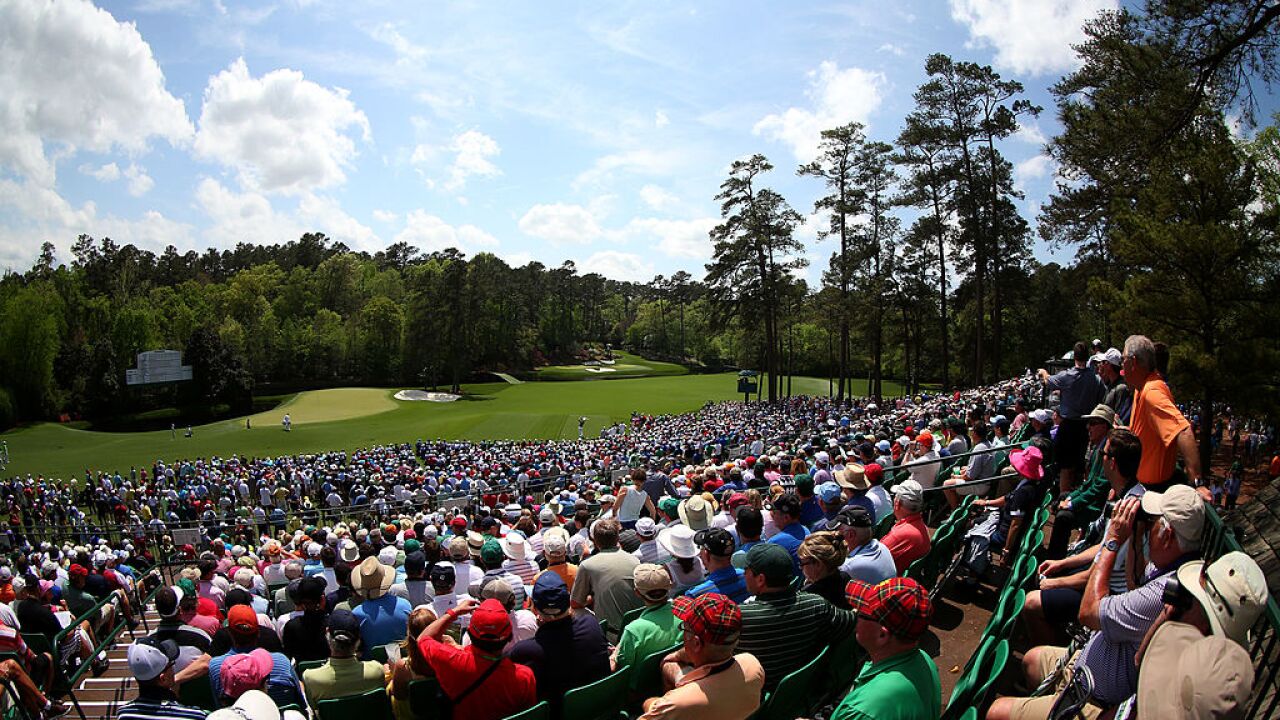 AUGUSTA, GA – APRIL 12: Patrons watch play at Amen Corner during the second round of the 2013 Masters Tournament at Augusta National Golf Club on April 12, 2013 in Augusta, Georgia. (Photo by Mike Ehrmann/Getty Images)

It’s one of the toughest challenges in golf, the Masters at Augusta National.

It’s one of the toughest challenges in golf, the Masters at Augusta National.

The 18 holes that make up this famous course can break even the most talented golfers.

And one section of the second nine in particular has earned a reputation for ending dreams of putting on the Green Jacket.

Known as Amen Corner — a term coined by sports writer Herbert Warren Wind in 1958 — it incorporates the 11th, 12th and the tee shot on the 13th hole.

It is arguably the most famous stretch of holes in golf and is known for producing dramatic moments.

Someone who knows what it takes to tame Amen Corner is Danny Willett.

The Englishman won the Masters by three shots from Jordan Spieth in 2016, after the American blew a five-shot lead standing on the 10th tee in the final round.

By the end of Amen Corner, Spieth was trailing Willett by one and the Englishman kept his cool to clinch his first major title.

Here, Willett shares his strategy for taking on Amen Corner.

The tee has been moved back and now drives are played down a chute of trees to a narrow fairway with trees left and right.

The second shot is downhill to a green guarded by a pond on the left. The green is long and runs away from the fairway.

Danny Willett: “The 11th is a beast of a hole. We always play pretty aggressively off the tee and try to leave a short shot in.

“That green is pretty tricky to hit when the wind is swirling around and you’ve got the lake on the left. Miss it too far right and too long and you’ll have a devilish little chip back up and over that mound right of the green.”

Despite its size, picking the right club is the hardest part of playing this hole. The wind swirls viciously in the trees — sometimes it’s in your face, sometimes it’s behind you or from the side.

Players will often watch the flag on the 11th green, but often that blows in a different direction to the one on the 12th.

Anything short is either in the front left bunker, straight into the water or is likely to roll down the steep bank guarding the green on the right side and trickle into the water. Too long, and it’s into the azaleas or the back bunker.

The Sunday pin is always front right. Spieth’s tee shot in 2016 was short and wet — a combination of wind and a bad shot in the first place.

Spieth took a drop on the nearby 13th fairway and pitched back into the water. He dropped another ball for his fourth shot, found the green with his fifth and took two putts for a quadruple-bogey seven.

Willett: “Everyone’s strategy is probably the same. You’re trying to aim it right half of the trap to a reasonable number middle of the green.

“If it you happen to pull it or push it a little onto the flag so be it. You’re praying you’ve not had a little wind switch or not got the wind wrong.

“We’ve seen a lot of people up the back over the bunker and just as many short in the water from what they thought were reasonable golf shots at the time.”

It’s just the drive on 13 that is part of Amen Corner. From a tee up against the fence by the side of the 12th green, players must bend the ball around the corner to the left.

Too far left, it’s into the trees, too straight, into more trees and pine straw (where Phil Mickelson made his miracle shot in 2010.) The second shot is generally played off a slope, and most players will go for the green in two.

Willett: “The 13th depends how you move the ball. We play 13 pretty safe with a three wood or five wood to the corner, depending on the wind, then lay up to a different part depending on the flag position and where you can use slopes to come into the pin.

“Sunday last year we needed to make birdies and the easiest way to make birdies is to have an iron in your hands to go for the green so I tried to hit a draw with a driver, which doesn’t suit all the time.

“I pulled it off and hit a five-iron to the middle of the green and was able to take two putts for a pretty simple birdie. That tee shot was one of the best shots I hit that Sunday.”