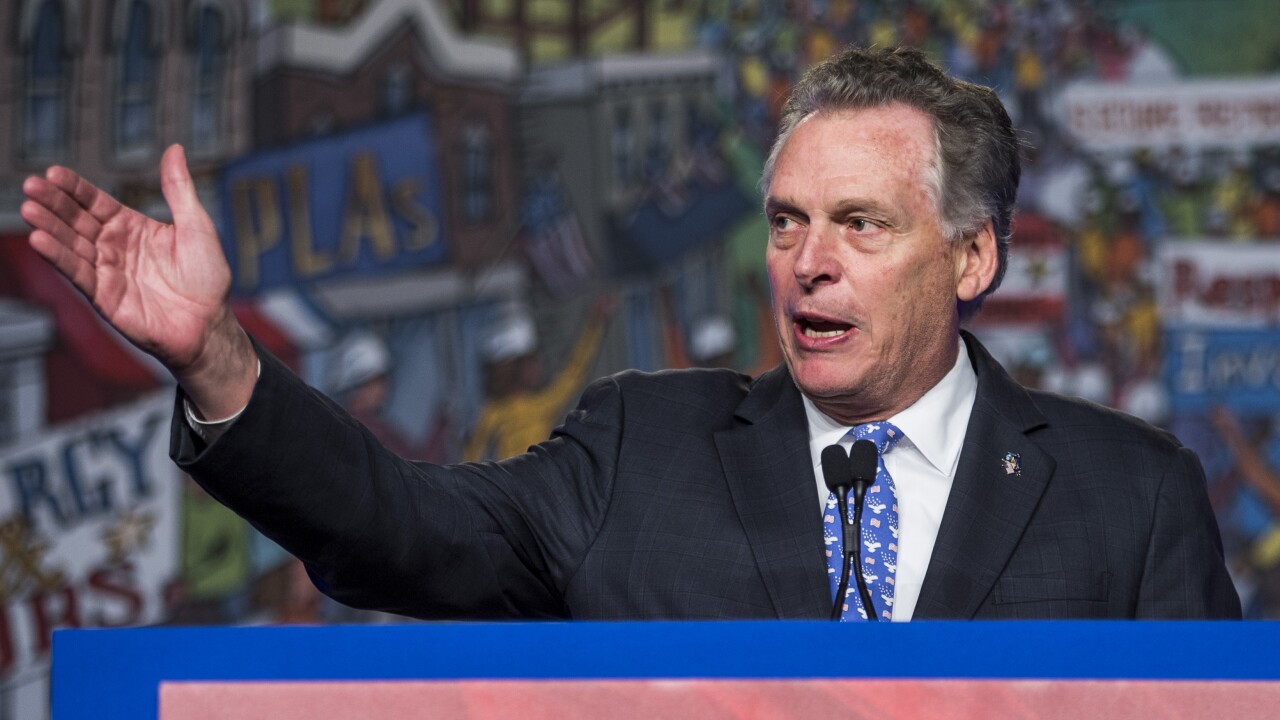 RICHMOND, Va. – Former Virginia Governor Terry McAuliffe used President Trump’s favorite social media site to go after—President Trump. McAuliffe tweeted a meme of a crab on top of an alligator which apparently represents the President. The meme set off a flurry of speculation that McAuliffe will soon launch a run for the Democratic nomination.

On Wednesday McAuliffe told a trade union conference “If I can wrestle an alligator, I can sure as hell wrestle Donald Trump, boy, and that would be worth it. And you’d pay money to watch that debate.” McAuliffe also posted a picture of himself from 1980 in which he wrestled an alligator in exchange for a contribution to President Jimmy Carter’s campaign, alongside a picture of Trump.

McAuliffe has said he will decide soon whether to enter the crowded Democratic field in the 2020 Presidential race. He told radio host John Fredericks earlier this month he is “very close” to making a decision about running. McAuliffe said he is making sixty to eight phone calls a day measuring support for a run.

McAuliffe has deep connections within the Democratic party. He served as co-chair of President Clinton’s 1996 re-election campaign and was chair of Hillary Clinton’s 2008 presidential campaign. He was a prolific fundraiser for the Clintons and close to them personally. He guaranteed the mortgage on the Clinton’s New York home. He also served as chairman of the Democratic National Committee, which gave him access to party leaders in every state, as well as Democrats in Congress.

McAuliffe said in the radio interview he was proud of the fact there were no scandals during his time in office. His predecessor Bob McDonnell was convicted in federal court over gifts he and his wife received, but the conviction was later overturned.  His successor Ralph Northam is currently embroiled in a scandal over a photograph in his medical school yearbook which depicts someone in blackface.

McAuliffe’s comments about wrestling President Trump are not the first time he has spoken aggressively about the President. In January 2018, he suggested he would punch the President if he got into his space. McAuliffe was asked about Trump’s tactics during debates with Hillary Clinton and said, “If he did the Godzilla tactics he did to Hillary on the debate stage, you would have to pick him up off the floor.”