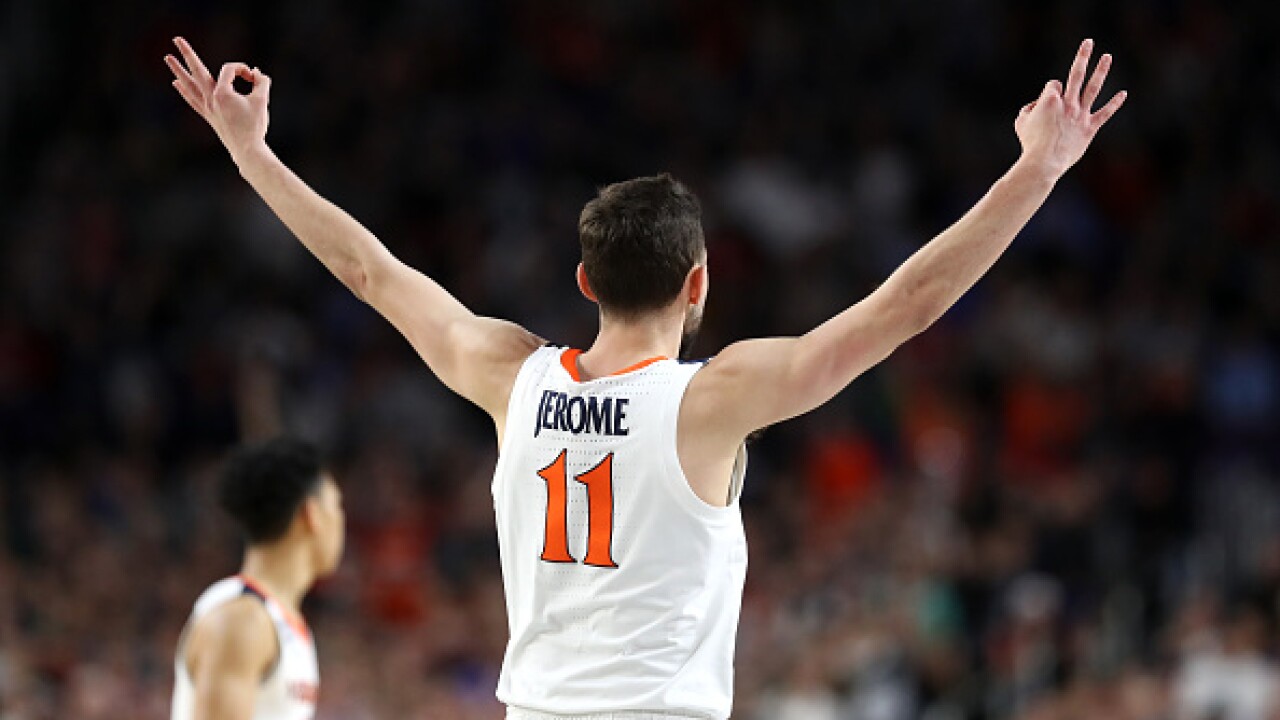 CHARLOTTESVILLE, Va. – With its big win over Texas Tech on Monday, the University of Virginia’s athletic department will host a free celebration for fans on Saturday, April 13, at 2 p.m. for its national title-winning men’s basketball team.

The University also says that fans can meet the team when it arrives back in town from Minneapolis on Tuesday at 4 p.m. at John Paul Jones Arena. The team is expected to arrive between 4:45-5 p.m and parking will be limited.

The Cavalier Team Shop will be open for fans to purchase National Championship gear between 10 a.m. and 7 p.m. at the John Paul Jones Arena.

As for Saturday, the West and Southwest Gates at Scott Stadium will be used for the celebration event and open at 12:30 p.m., according to the University. They added that parking will be free on a first come, first serve basis for lots surrounding Scott Stadium.

The Cavaliers finished the season with a school-record 35 wins and also won a share of the ACC regular season championship.

The university says that the clear bag policy and entry procedures in place for all home basketball and football games will be in place for Saturday’s event.

Concession stands on the west side of the stadium will be open for fans, who can also buy NCAA championship and Final Four apparel their as well.

Learn more about the celebration here.