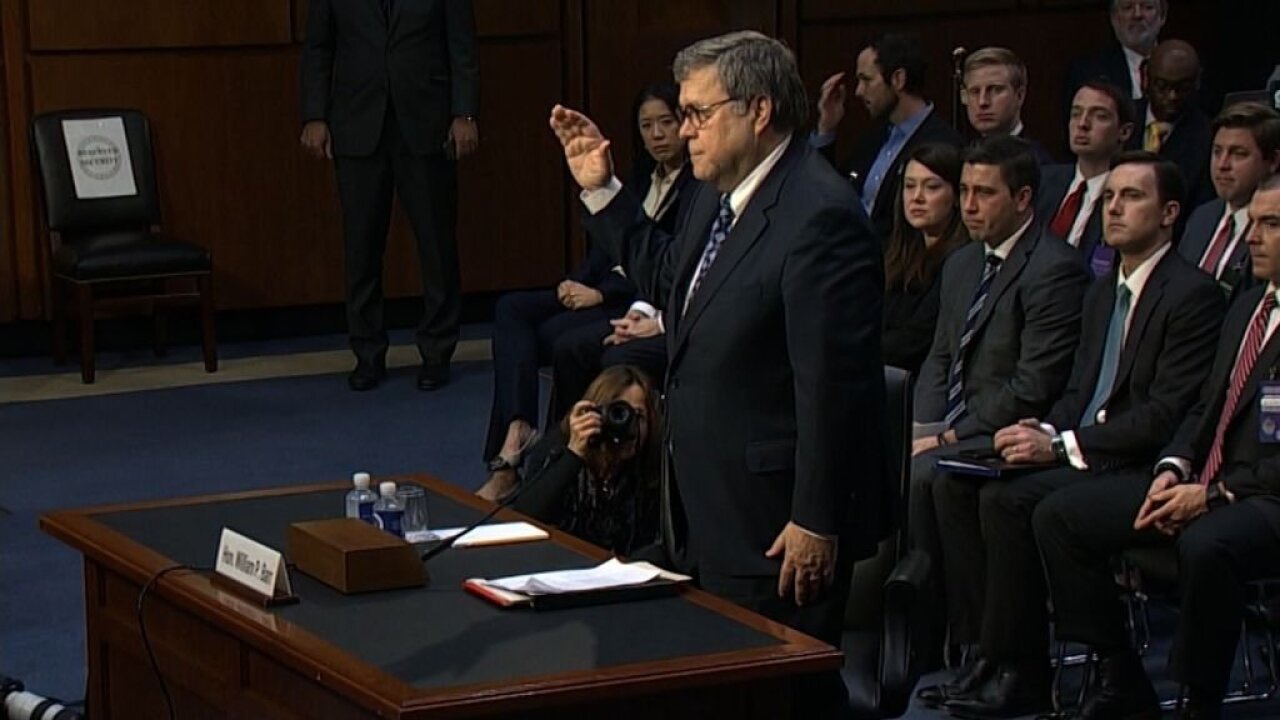 Barr is making his first public appearance since releasing a summary of the special counsel Robert Mueller’s conclusions when he testifies at a House appropriations subcommittee hearing.

Special counsel Robert Mueller will be the elephant in the room Tuesday when Attorney General William Barr makes his first public appearance at a congressional budget hearing since releasing a summary of the special counsel’s conclusions.

Barr is testifying at a House appropriations subcommittee hearing to discuss the Justice Department budget and the department’s priorities, but the Mueller report — which Barr is in the process of redacting before releasing publicly — will loom over the proceedings.

It’s still unknown how much — if anything — Barr will say about the special counsel during his testimony Tuesday or when he returns for a Wednesday Senate appropriations hearing. Barr’s nine-page written statement that was released Monday ahead of the hearing made zero mention of Mueller or the special counsel’s report.

Of course, that won’t stop Democrats from asking about it.

“What’s on everyone’s mind right now is how much is he going to redact? … He knows everyone is going to want to know what’s behind the black ink,” said Rep. Matt Cartwright, a Pennsylvania Democrat who will have a chance to question Barr at Tuesday’s hearing.

Cartwright told CNN that the hearing would also address the committee’s oversight responsibilities, but he was optimistic Barr would at least explain some of his thinking process when it comes to Mueller’s report and findings.

Democratic leaders of the House Appropriations Committee plan to raise the report and Barr’s summary in their opening statements, according to excerpts released Monday, making clear that Mueller will be front and center at the hearing.

“The American people have been left with many unanswered questions, serious concerns about the process by which you formulated your letter and uncertainty about when we can expect to see the full report,” Rep. Jose Serrano, the chairman of the Commerce, Science and Justice Subcommittee holding Tuesday’s hearing, will say, according to the excerpts. House Appropriations Chairwoman Nita Lowey plans to tell Barr that his handling of Mueller’s report is “unacceptable” and the summary he released “raises more questions than it answers.”

“I look forward to reviewing the Mueller report myself, and I know my constituents do as well. I understand that portions of it must be redacted as a matter of law, but my hope is that you will stop there and bring transparency to this process as soon as possible. The American people deserve the facts,” Lowey will say.

Democratic aides say no topics are off limits for Tuesday’s hearing, and they’re likely to ask Barr about Mueller, as well as more traditional questions like the Justice Department budget, the Trump administration’s lawsuit against the Affordable Care Act and gun violence. Committees at the center of the fight with Barr over the Mueller investigation and report have offered potential lines of questioning to Appropriations Committee Democrats, according to one aide.

Republican lawmakers, on the other hand, are not expected to ask questions about Mueller and will focus on budget issues in the hearing, according to a GOP aide.

In addition to Mueller questions, Barr may also be pressed on the Justice Department’s role in Trump’s polarizing immigration policies, including its role in “zero tolerance” policies that led to the separation of immigrant families at the border, as well as the administration’s request for additional immigration judges to ease a backlog of cases.

Even if Barr declines to speak about the special counsel probe at this week’s budget hearings, he is coming back to Capitol Hill on May 1 and May 2 for hearings before the Senate and House Judiciary Committees specifically to answer questions about the Mueller investigation.

Barr told Congress earlier this month he expected to release a redacted version of Mueller’s nearly 400-page report by “mid-April, if not sooner.” He said four types of information would be redacted, including grand jury material, classified information, material tied to ongoing investigation, and information that could harm “peripheral third parties.”

But Democrats said Barr’s redactions plans are unacceptable, and they are demanding he provide Congress with the full, unredacted report and Mueller’s underlying evidence. The House Judiciary Committee voted last week to authorize a subpoena for the full report and evidence.

House Judiciary Chairman Jerry Nadler has yet to issue the subpoena, but the New York Democrat says he will do so soon unless Barr provides the report, and he’s willing to go to court to obtain it if the Justice Department will not provide the materials voluntarily.