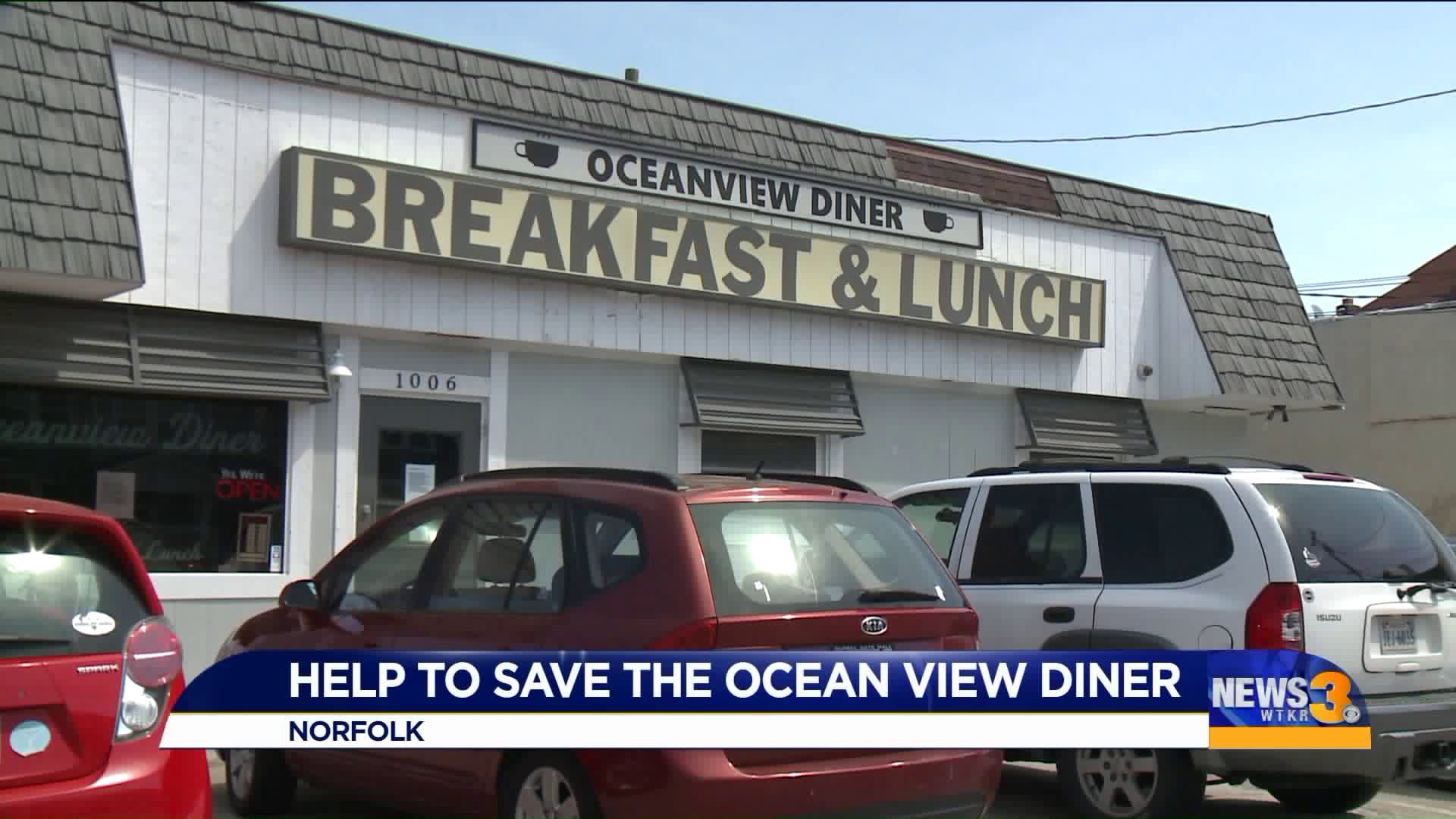 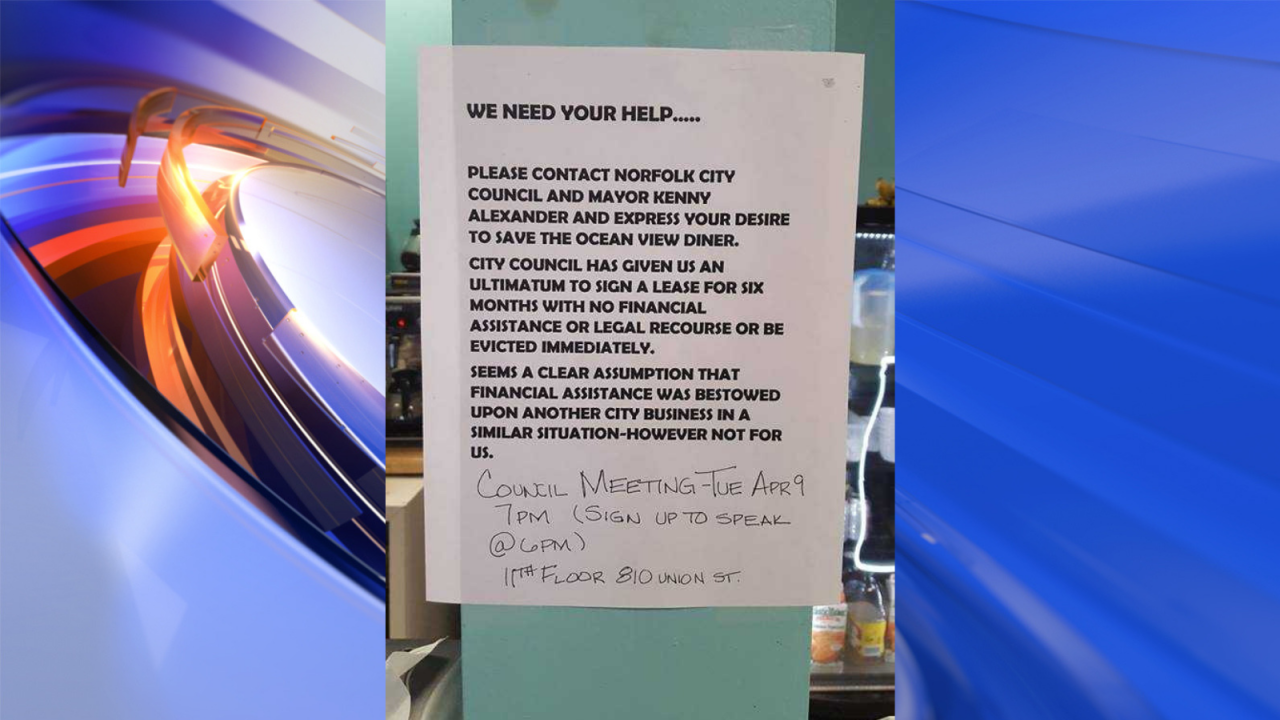 NORFOLK, Va. - The Oceanview Diner, located at 1006 E. Ocean View Avenue, is asking people to speak on their behalf at the upcoming city council meeting.

“I hope they just hear the people and know that these people would like for us to be around here," co-owner Bob Peaker explained.

The restaurant put a sign up in their business to address the desired help.

According to the letter, the diner's management was given an "ultimatum" of signing a six-month lease with no financial assistance or they must be evicted immediately.

“We fully expected to get a little bit of help from the city, and now we are not getting any," Peaker told News 3.

The letter reads as follows:

Please contact Norfolk City Council and Mayor Kenny Alexander and express your desire to save the Oceanview Diner.

City Council has given us an ultimatum to sign a lease for six months with no financial assistance or legal recourse or be evicted immediately.

Seems a clear assumption that financial assistance was bestowed upon another city business in a similar situation - however not for us."

This comes after their landlord sold the property to the city last year as part of their plan to redevelop the area.

Peaker said they have already signed a new lease a few minutes up the street from their current location, but keeping the doors open is concerning.

“We’ve got to get all this equipment out there and into the new space and then we are in the new space without the assuring that we are going to have any money to continue on. So, it’s kind of a touch-and-go situation," said Peaker.

A spokesperson for the City of Norfolk said the city is not involved because they do not own the property.

“We’re probably gonna get evicted by the Boone's because they can’t close on the building until we are out of the building," Peaker mentioned.

We have reached out to city council but have not heard back.

Peaker said they are not planning to sign the agreement presented to them.