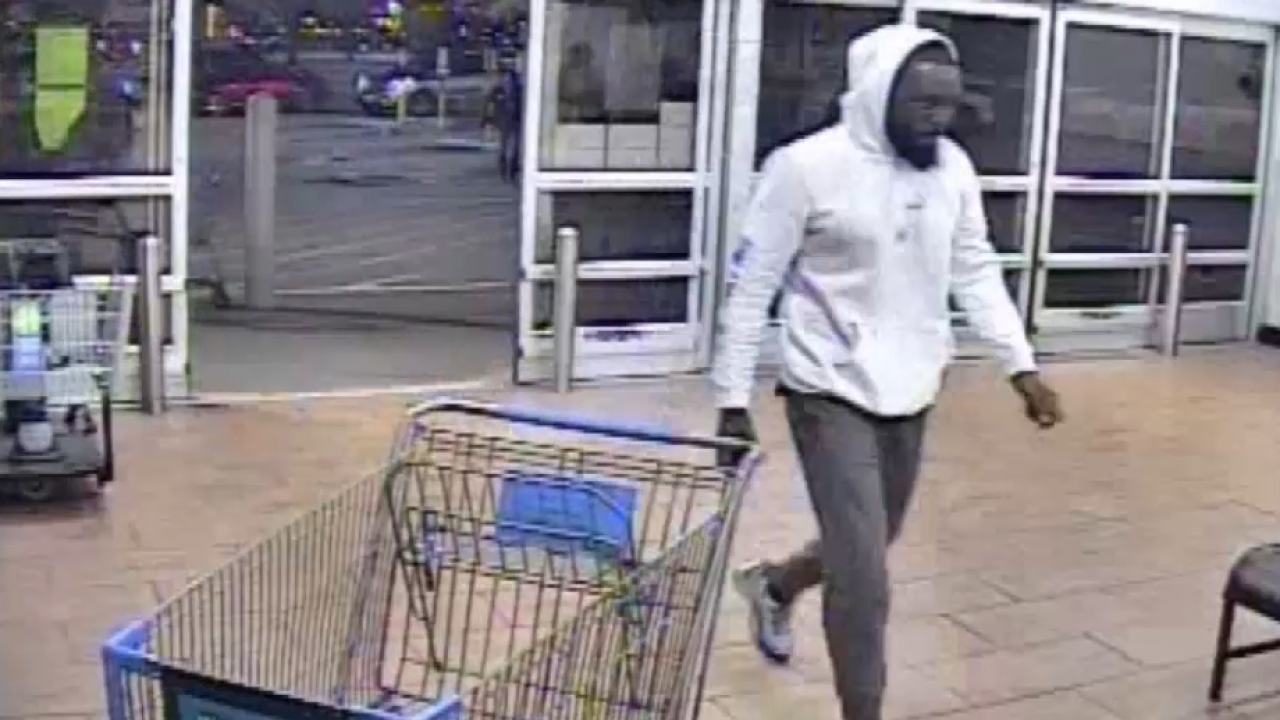 NEWPORT NEWS, Va. – Police are investigating after a man reportedly broke into a woman’s car and used her credit card at a local Walmart.

On March 20 at 6 a.m., police were dispatched to 12515 Jefferson Ave., the parking lot of Orange Theory Fitness, in reference to a theft and vehicle damage.

The victim said that she had arrived at the business around 5:05 a.m. for a class and when she returned to her vehicle she found the driver’s side window was broken and her purse gone.

The purse contained cash and Id’s and a bank card. The investigation has revealed that an unknown man used the stolen bank card in a local Wal-Mart at 5:55 a.m. the same morning and made unauthorized purchases.

If you recognize this man or know anything about this theft and property damage contact Central Precinct Detective Jacob Parrish at 757-926-4753 or the Crime Line at 1-888-LOCK-U-UP.