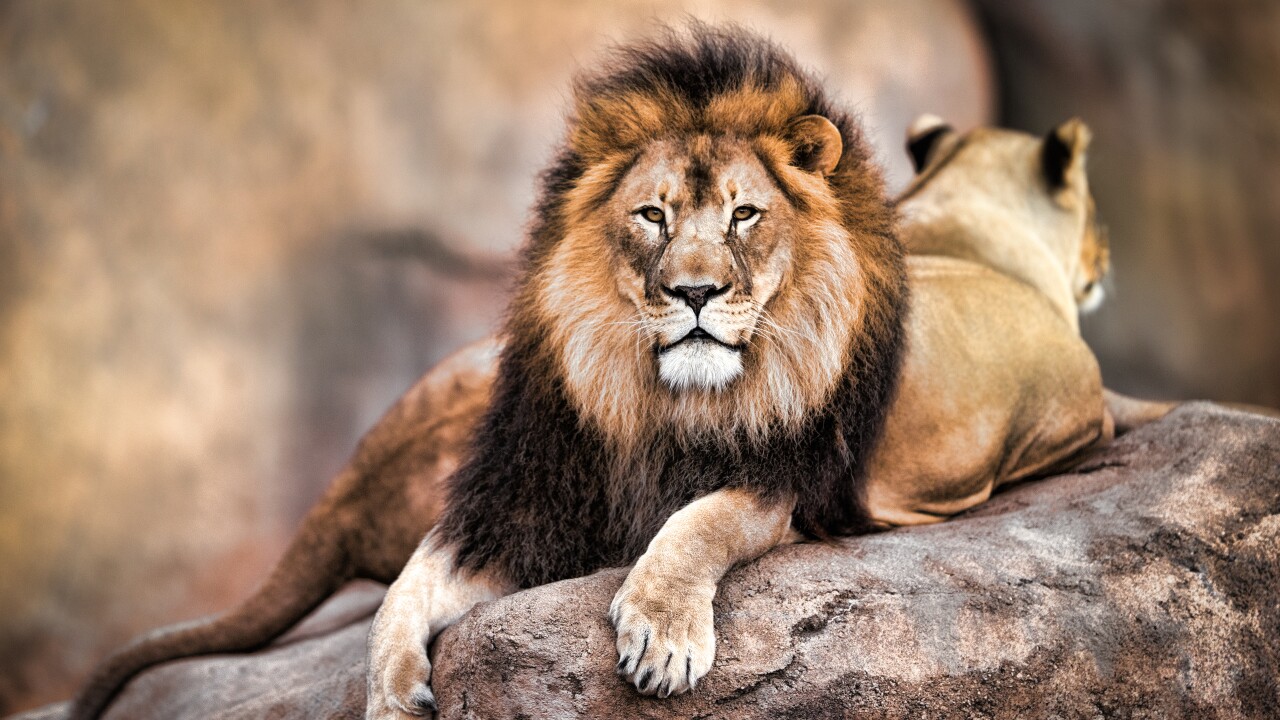 A male lion looking at the camera with a female in the background.

Only a skull and a pair of trousers remained after a suspected rhino poacher was killed by an elephant, then eaten by lions in Kruger National Park, South African National Parks said.

The incident happened after the man entered the park with four others to target rhinos, according to a parks service statement released Friday.

His family were notified of his death late Tuesday by his fellow poachers, and a search party led by Kruger’s regional manager, Don English, set out to recover the body. Rangers scoured on foot and police flew over the area, but due to failing light, it could not be found.

The search resumed Thursday morning and, with the help of added field rangers, what was left of his body was discovered.

“Indications found at the scene suggested that a pride of lions had devoured the remains leaving only a human skull and a pair of pants,” the statement said.

Glenn Phillips, the managing executive of Kruger National Park, extended his condolences to the man’s family.

“Entering Kruger National Park illegally and on foot is not wise, it holds many dangers and this incident is evidence of that,” he warned. “It is very sad to see the daughters of the deceased mourning the loss of their father, and worse still, only being able to recover very little of his remains.”

The four individuals who joined the illegal hunt were arrested Wednesday by the South African Police Service and officers continue to investigate what happened.