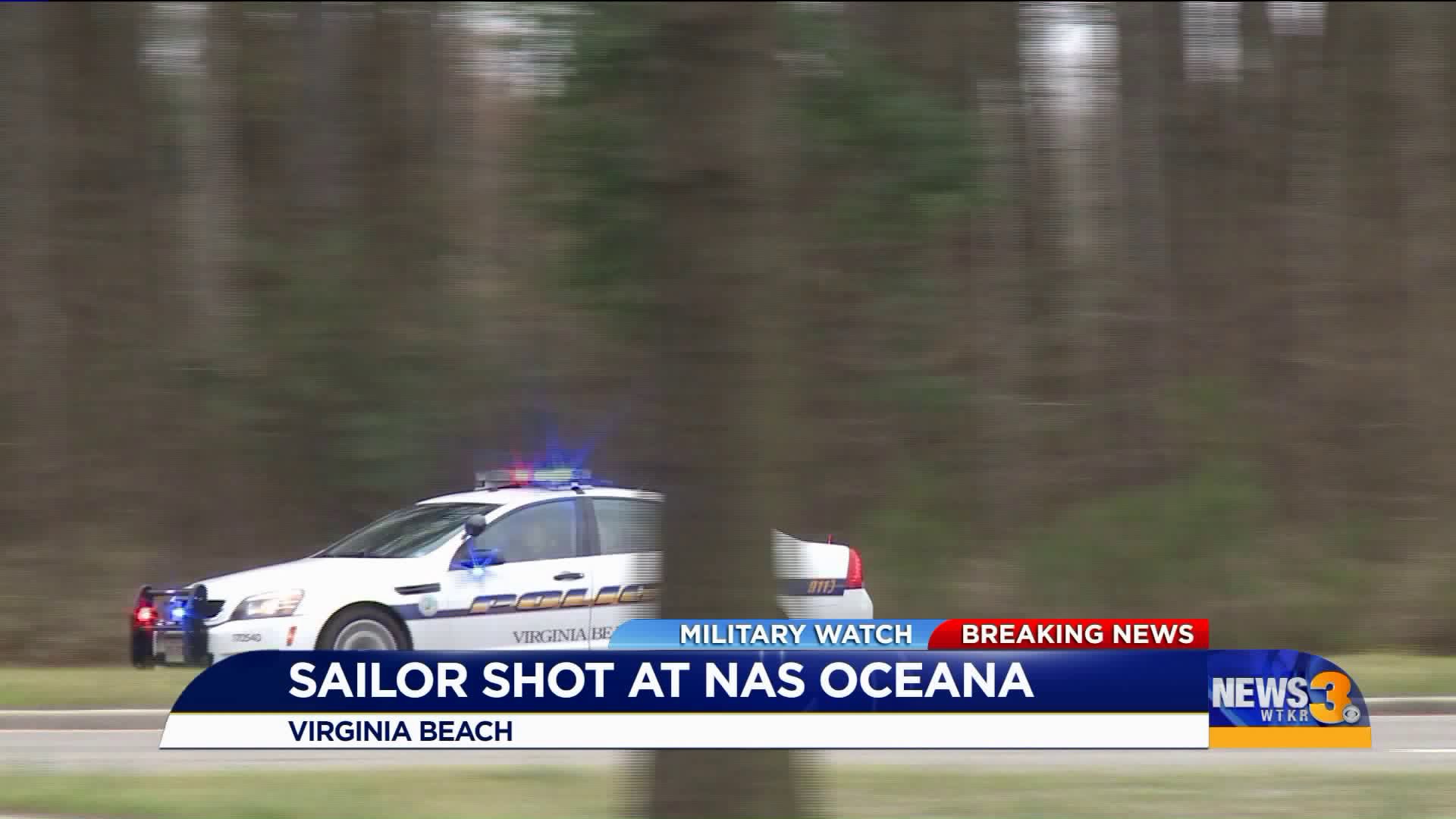 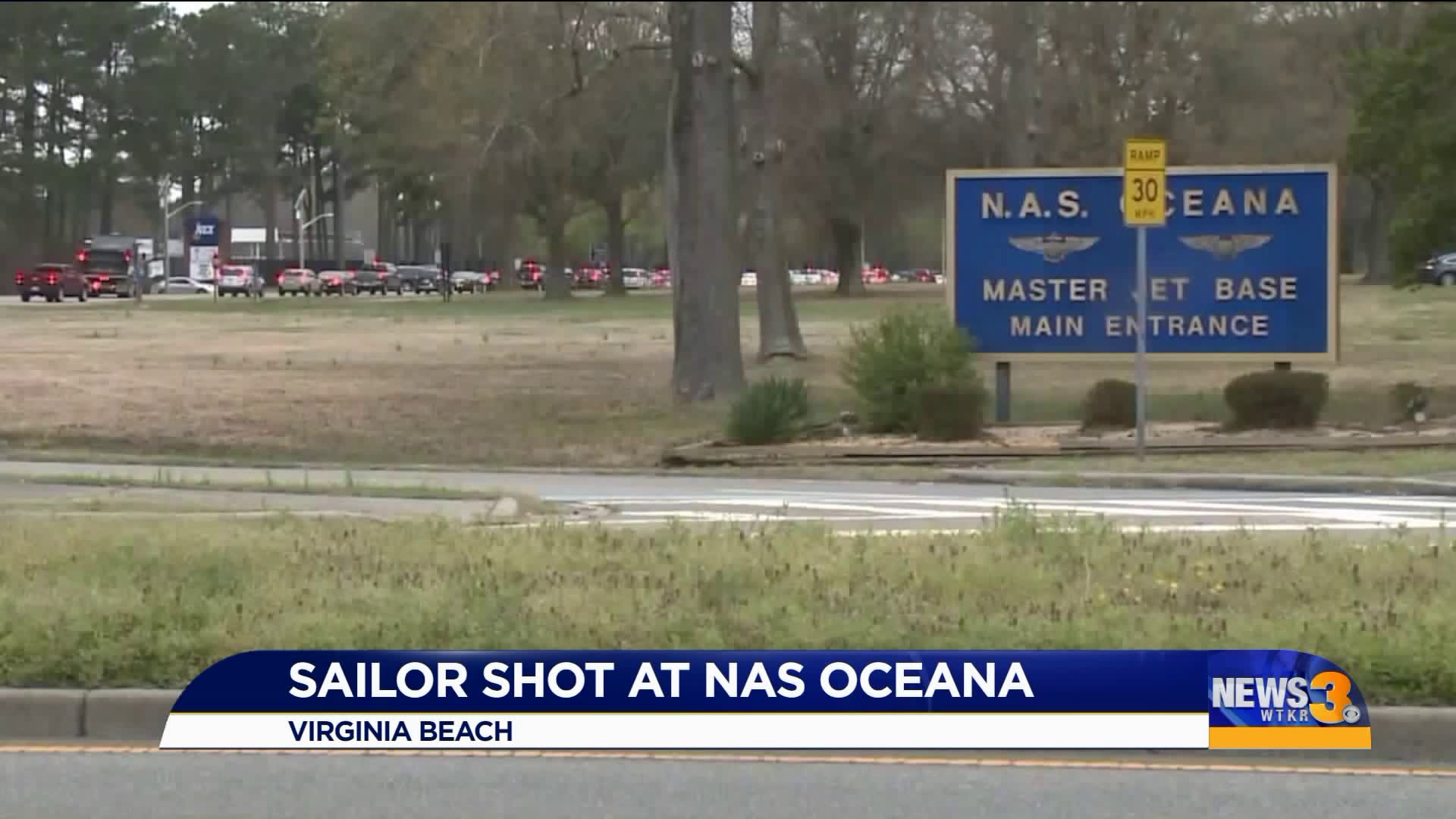 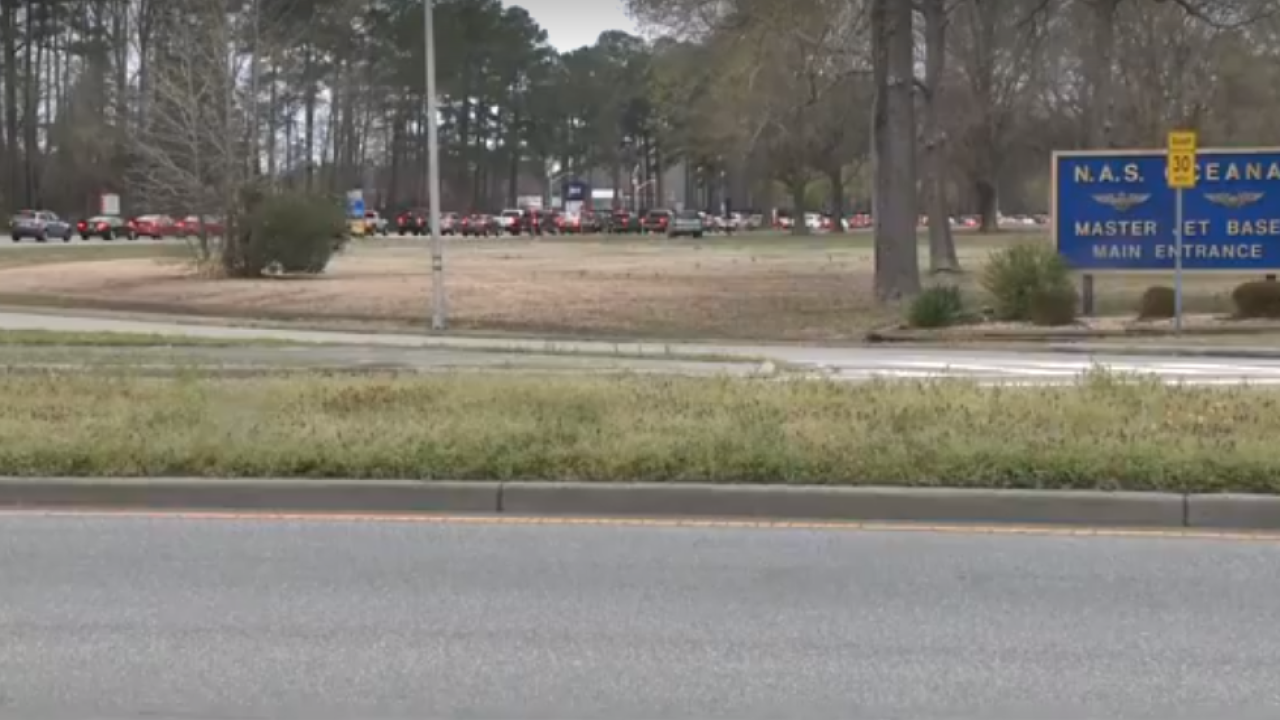 VIRGINIA BEACH, Va. - Naval Air Station Oceana is no longer on lockdown after a security incident where one Sailor was shot and another Sailor, identified as the shooter, is dead after being killed by security personnel.

The shooting happened around 6:45 a.m., with CBS News reporting that the shooting victim has a minor leg injury. Local officials say the victim, a female Sailor, is at Sentara Virginia Beach General Hospital getting treatment for her multiple gunshot injuries.

The shooter has been identified as 26-year-old Aviation Ordnanceman Airman Apprentice Christopher J. Ruffier of Ohio. Officials say he shot the victim in the parking lot outside Hangar 145 on base and engaged with Navy Security Force personnel.

Both Ruffier and the victim were assigned to VFA-37.

To protect her privacy, the name of the victim will not be released. As of Monday, she remains in the hospital in stable condition.

Base officials say Ruffier was carrying a single handgun with no additional ammo.

Long lines building outside NAS Oceana after an active shooter incident this morning. NO BASE ACCESS at this time. All gates are closed. @WTKR3 https://t.co/M0s898hnD2 pic.twitter.com/JkLSzEX1sA

Officials put the base on lockdown, but it was lifted around 9:45 a.m.

After the shooting, base officials released the following statement:

At approximately 6:45 this morning an isolated domestic shooting occurred in the parking lot of Strike Fighter Squadron 37 outside of Hangar 145 at Naval Air Station Oceana.

A male Sailor shot a female Sailor several times. The victim was transported to Virginia Beach General Hospital with non-life threatening injuries. Both were assigned to VFA-37. We are not identifying them at this time, pending notification of next of kin.

The shooter was quickly identified and shot and killed by my Naval Air Station Oceana security personnel. The shooter was armed with a single hand gun and was not carrying any additional weapons or ammunition.

The city of Virginia Beach police and fire department, along with Virginia Beach Emergency Medical Services, responded to assist. I would like to thank these agencies and my team for resolving the situation quickly and professionally.

As I mentioned, the shooting occurred at 6:45 and the situation was resolved by 6:50 a.m. Less than an hour later, the lockdown was lifted and the base returned to normal operations.

The base has a no weapons policy. We do random and periodic inspections for prohibited items. How the Sailor was able to get a weapon on base is part of the investigation.

The reason for the shooting is unknown and currently being investigated by Naval Criminal Investigative Service.

“My office is closely monitoring the situation at Naval Station Oceana. My heart is with those who have been impacted and I’m grateful for the first responders on the scene.”

“I watched this situation with great concern this morning. My office has been in communication with Navy officials regarding this morning’s incident at Naval Air Station Oceana in Virginia Beach. At this time, I want to thank the Virginia Beach Emergency Teams and the security officers at the base for quickly securing the base. Rest assured that I will continue to be in close communication as officials gather more information.”

"My heart goes out to the victim, and I hope she makes a speedy recovery. Thankful for our first responders as always."