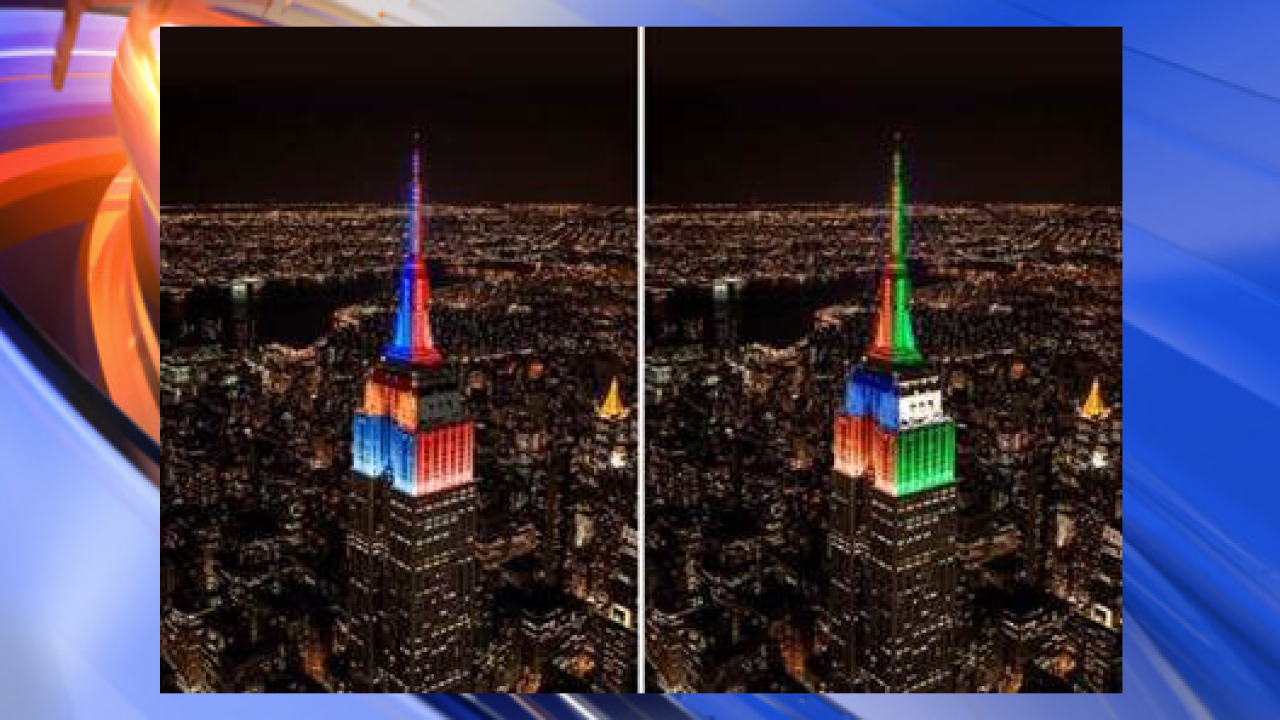 The Empire State Building is celebrating the NCAA Men’s Basketball Final Four by lighting up in the colors of the four participating teams — including the University of Virginia, which hasn’t made the Final Four in 35 years.

On Saturday, the building’s tower lights will show a rotating display of each of the four schools’ colors: green and white for Michigan State University, black and red for Texas Tech University, blue and orange for Auburn University and orange and navy blue for UVA.

The Final Four tips off at 6:09 p.m. Saturday, with Auburn and UVA facing off. Michigan State and Texas Tech will play at 8:49 p.m.