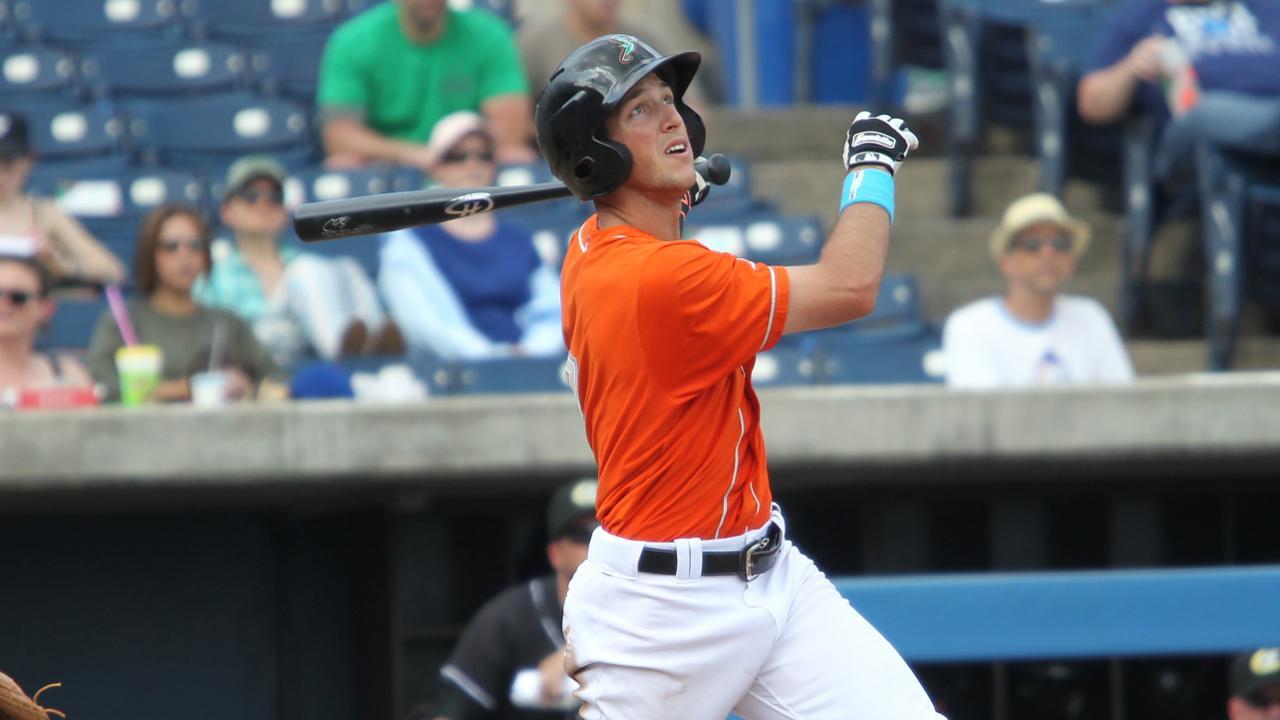 NORFOLK, Va. (Tides Media Relations) – Ryan Mountcastle collected his first Triple-A hit with an RBI single in the ninth inning, but Norfolk dropped a 3-1 decision at Gwinnett in the season-opener Thursday night at Coolray Field.

Mountcastle, the #2 prospect in the Orioles system according to MLB.com, singled home DJ Stewart with two outs in the ninth inning to help Norfolk avoid the shutout bid. It was too little too late, however, as the Tides were limited to just four hits on the evening.

The Tides did not register a hit over the first five innings against Gwinnett starter Mike Foltynewicz(1-0), who was making a rehab appearance after being placed on the Atlanta Braves Injured List during spring training. Foltynewicz struck out two while walking a pair and needed just 56 pitches to navigate his outing.

Norfolk registered their first two hits of the contest in the sixth frame, as Stevie Wilkerson and Mason Williams both connected for singles off of Corbin Clouse. Anthony Santander later walked to load the bases with two outs, but Chance Sisco struck out looking to end the Tides offensive threat.

Norfolk starter Josh Rogers (0-1) took the loss after allowing three runs on seven hits over 5.0 innings of work in his first career Opening Day start. He yielded a single run in the first, third and fifth innings, with the final tally coming on a solo home run off the bat of Rafael Ortega. Rogers struck out three and walked one while throwing 45 of his 67 pitches for strikes.

Sean Gilmartin turned in a strong effort in relief of Rogers, as he struck out four over three hitless innings of relief.

With the loss, the Tides continued a dubious trend by dropping their season-opening contest for the 12th consecutive season. The last time Norfolk has started a season with a victory was in 2007 – the Tides first game as a Baltimore Orioles affiliate.

The Tides and Stripers will continue their season-opening four-game series on Friday night from Coolray Field, with first pitch slated for 7:05. Gabriel Ynoa will get the start for Norfolk and be opposed by right-hander Bryse Wilson.

Notes: Norfolk’s Opening Day roster features seven players ranked among the Top 30 Prospects in the Orioles system according to MLB.com…The Tides do not have a player over the age of 28 years old…Stevie Wilkerson helped lead Pope High School – just 30 miles from Coolray Field – to the 2009 Georgia state championship…The game was completed in just two hours and nine minutes.