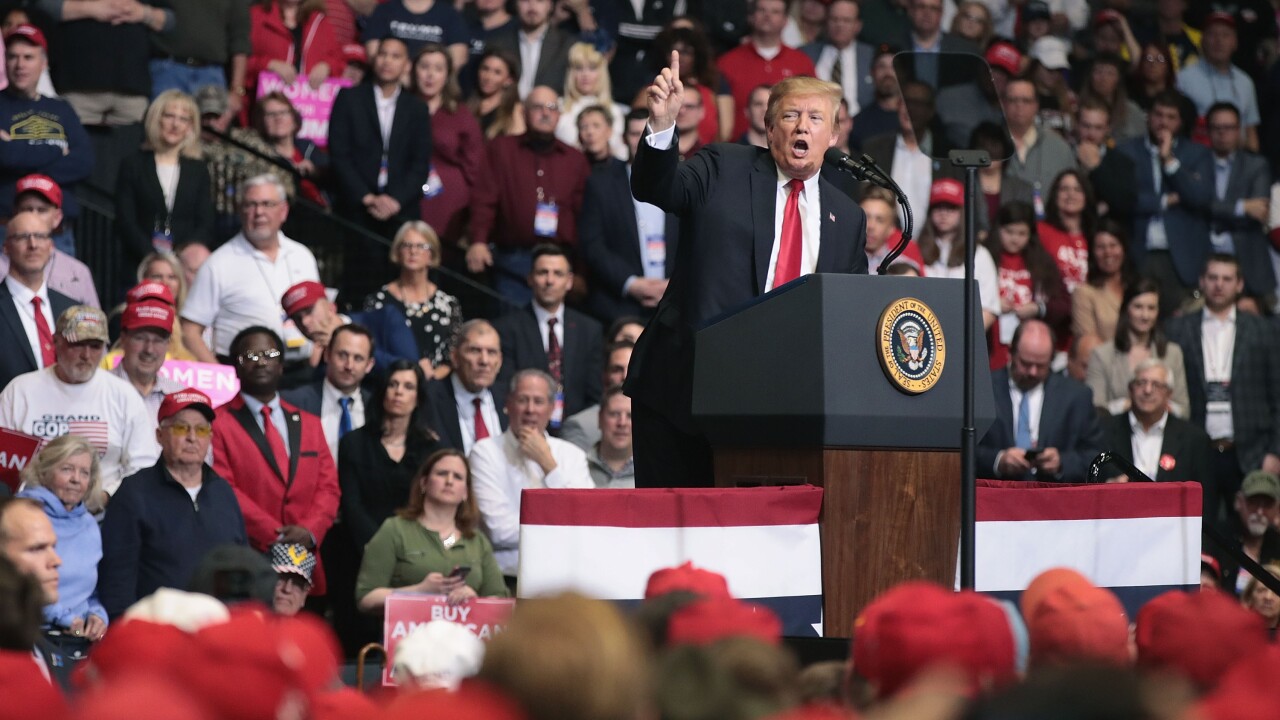 GRAND RAPIDS, MICHIGAN – MARCH 28: President Donald Trump speaks to supporters during a rally at the Van Andel Arena on March 28, 2019 in Grand Rapids, Michigan. Grand Rapids was the final city Trump visited during his 2016 campaign. (Photo by Scott Olson/Getty Images)

A new poll out shows what any viewer of cable news could already tell you: American voters are sharply divided.

The majority of voters in the Wason Center for Public Policy Survey at Christopher Newport University describe themselves as “moderate’” but the number who identify as “strong conservative” or “strong liberal” are roughly equal. Just plain “conservative” outpolls “liberal” by 31% to 16%.

The national  poll of 2020 likely voters shows President Trump trailing a “generic” Democratic Party candidate by eleven percentage points, 48% to 37%. However, with an Independent candidate on the ballot the race becomes a dead heat.

Democrats and Republicans do agree that it’s important to keep the other party’s candidate from winning.

The Wason Center survey also found President Trump’s attacks on the media may be having an impact on voters’ opinions. A majority, 57% to 44% agreed that the nation’s “major news organizations publish fake news stories for political purposes.”

The poll was conducted in February with 1,001 interviews with likely voters randomly selected.