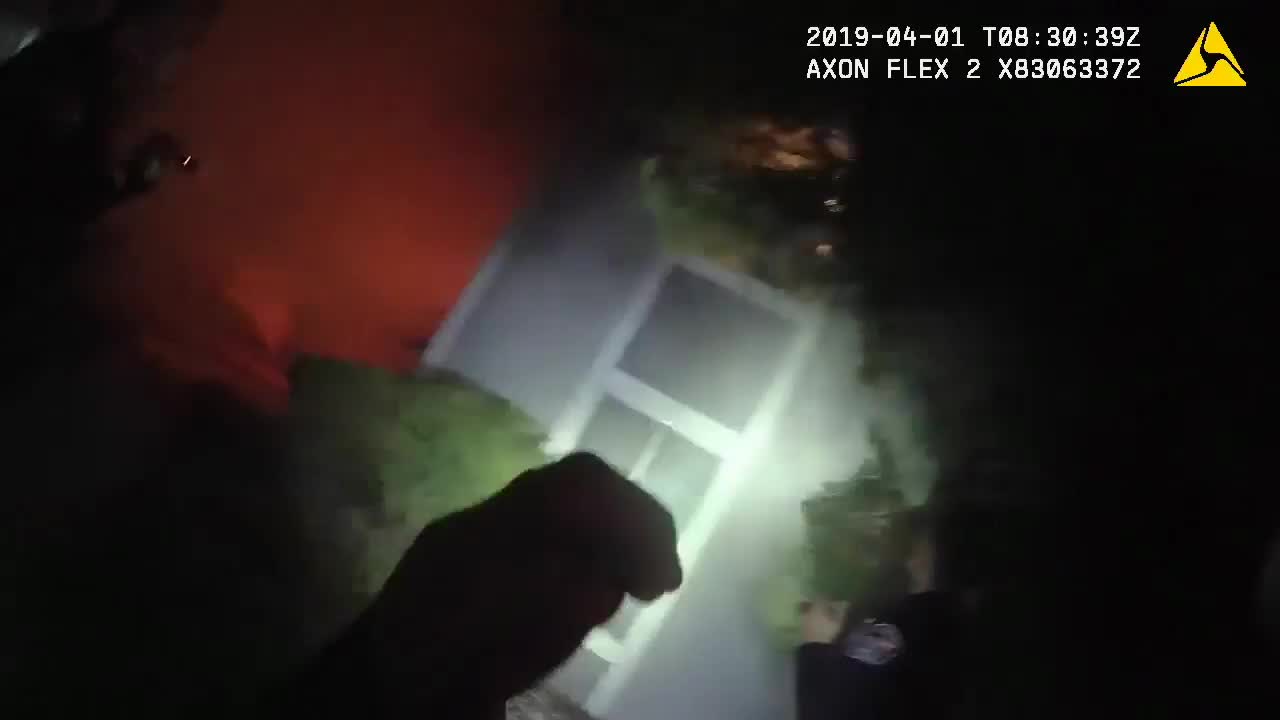 The clips show one of the officers crashing a police cruiser through a fence in order to park next to the man's window, which allowed officers to stand on the hood and gain better access to the trapped man. They can be heard telling him to jump and offering to catch him as he lowers himself into their arms.

Once on the ground, the officers ask the man if he is the only one in the apartment and tell him to get his other shoe - which had fallen off - so they can get away from the building.

"As you will see in the video, there are extraordinary and heroic actions on the part of several officers and a WVCPD supervisor," a news release from WVCPD said.