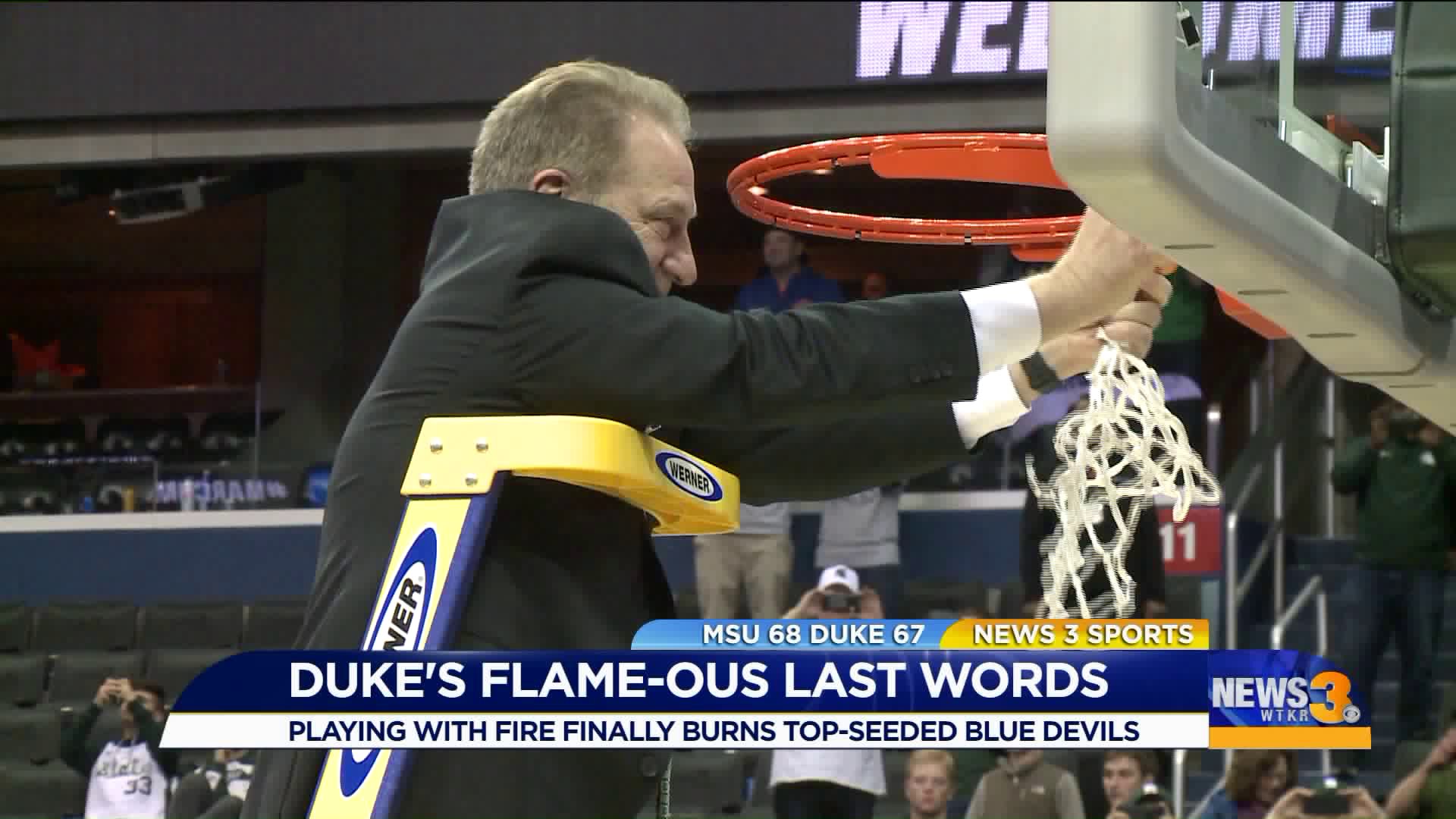 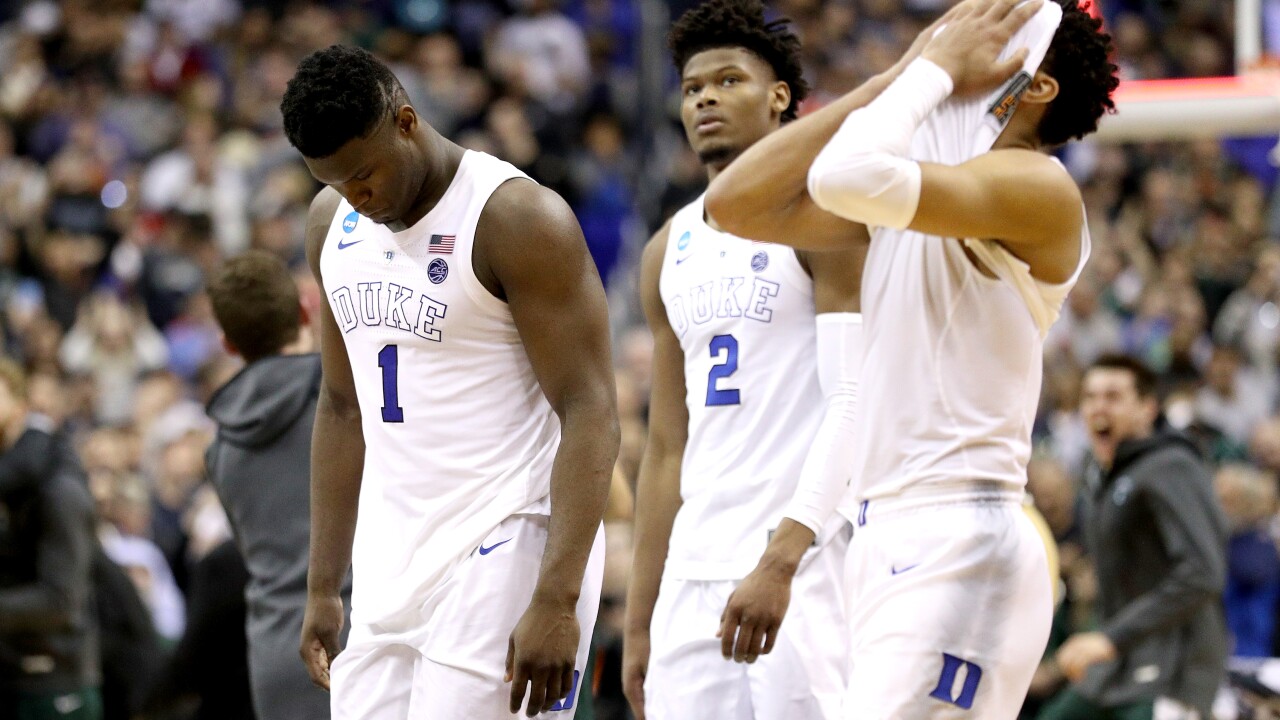 WASHINGTON, DC - Number one is done.

Zion Williamson #1, Cam Reddish #2 and Tre Jones #3 of the Duke Blue Devils react after their teams 68-67 loss to the Michigan State. (Photo by Patrick Smith/Getty Images)

For the fifth straight year, the NCAA Tournament's number one overall seed fails to win the title. Sunday, Michigan State squeaks by Duke, 68-67 to win the East Region title.

It's the eighth time Michigan State is in the Final Four under head coach Tom Izzo.

The Blue Devils' desire to play with fire ends up burning them. After winning its previous two NCAA Tournament games by a combined three points, Duke's dramatics flame out in the Elite Eight.

Zion Williamson, the likely number one pick in June's NBA Draft, finished with a game-high 24 points and 14 rebounds in what was almost certainly his final college game.

"They played their hearts out all year," Duke head coach Mike Krzyzewski said. "These guys have been an incredible group for me to coach, especially at this time in my career to be around a group that you love being around every day that have accomplished so much and really have been like have -- had to lead the whole year with the tension and the schedule and everything else, and they've handled things so beautifully. And I feel bad for them. They're deserving of, like, special things and they have had a special year. But this not going to the Final Four is obviously a huge disappointment for us."

"A lot is obviously going through our mind right now," Williamson said after the loss. "I'm very upset, obviously, because we wanted to go to the Final Four. But congrats to Michigan State. They deserve it. They played a hell of a game. And just look around the locker room and see your teammates, your brothers. And you just think this group probably never will play together."

Duke, the ACC Tournament champion, finishes the year 32-and-6. The Blue Devils have not advanced to the Final Four since 2015.