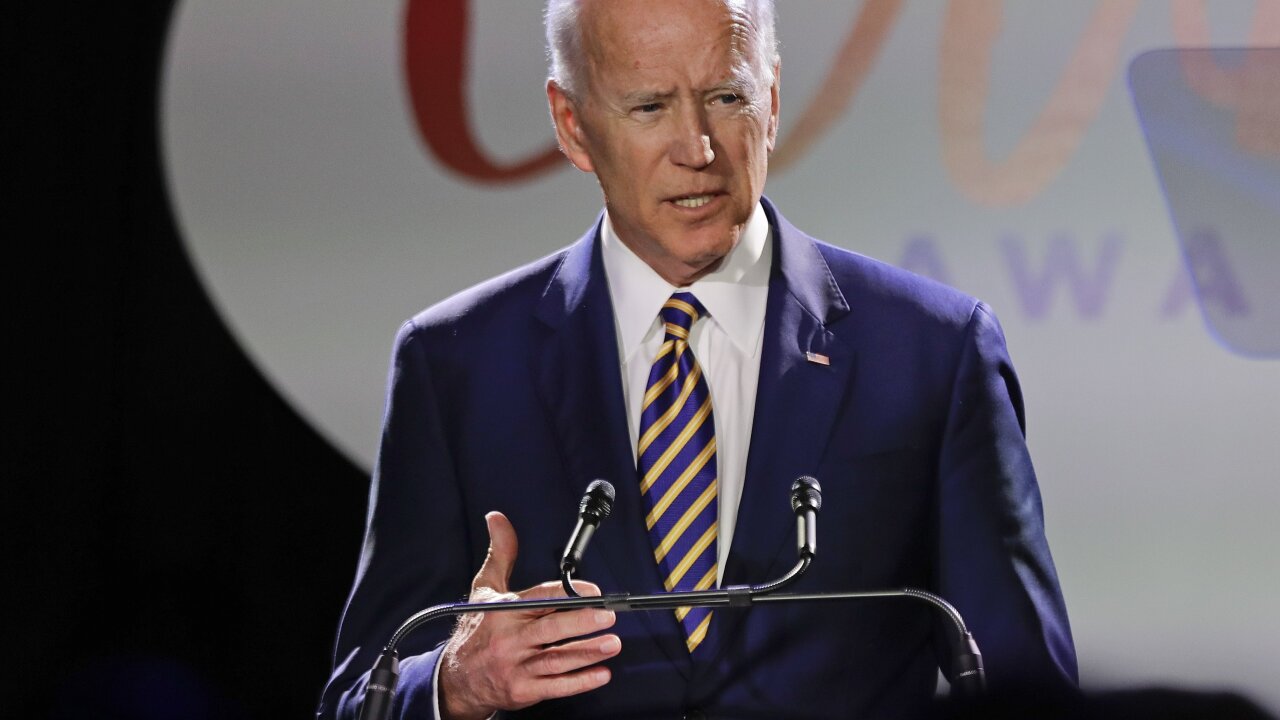 Lucy Flores wrote about her allegations in an essay for The Cut, an arm of New York magazine, in which she said the encounter with Biden occurred during a November 2014 campaign event when she was the Democratic nominee for lieutenant governor of the state. The piece includes a photo of Biden and Flores, along with actress Eva Longoria, before the encounter Flores alleges took place.

“I felt him get closer to me from behind. He leaned further in and inhaled my hair. I was mortified,” Flores wrote, adding that she wondered why the then-vice president had come that close to her. “He proceeded to plant a big slow kiss on the back of my head. My brain couldn’t process what was happening. I was embarrassed. I was shocked. I was confused.”

Flores continued: “I couldn’t move, and I couldn’t say anything. I wanted nothing more than to get Biden away from me.”

This account comes as Biden is considering a bid for president in 2020.

In a statement to CNN responding to Flores’ allegation, Bill Russo, a Biden spokesman, said, “Vice President Biden was pleased to support Lucy Flores’s candidacy for Lieutenant Governor of Nevada in 2014 and to speak on her behalf at a well-attended public event. Neither then, nor in the years since, did he or the staff with him at the time have an inkling that Ms. Flores had been at any time uncomfortable, nor do they recall what she describes.

“But Vice President Biden believes that Ms. Flores has every right to share her own recollection and reflections, and that it is a change for better in our society that she has the opportunity to do so. He respects Ms. Flores as a strong and independent voice in our politics and wishes her only the best.”

In her essay, Flores, noting at the time she was a “young Latina in politics,” said she had “never experienced anything so blatantly inappropriate and unnerving before,” adding that Biden “made me feel uneasy, gross, and confused,” as well as “powerless.”

“Even if his behavior wasn’t violent or sexual, it was demeaning and disrespectful,” she wrote.

“I’m not suggesting that Biden broke any laws, but the transgressions that society deems minor (or doesn’t even see as transgressions) often feel considerable to the person on the receiving end. That imbalance of power and attention is the whole point — and the whole problem,” Flores wrote.

Flores wrote she considered “the doubts, the threats, the insults, and the minimization” that may come as a result of her publicly sharing her allegation, but said she decided to after considering Biden’s potential run.