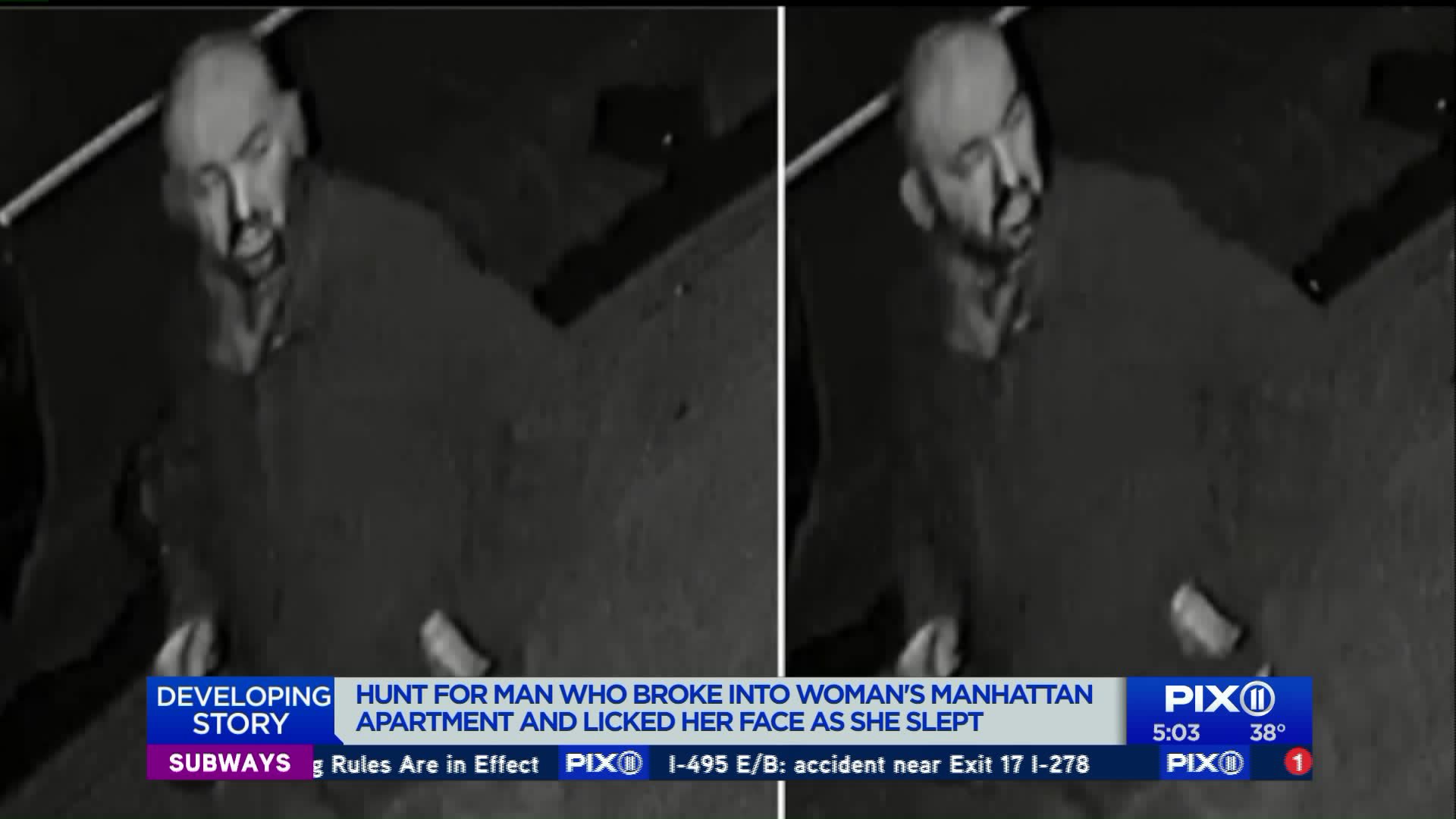 Police are searching for the man accused of breaking into a woman`s apartment and licking her.

NEW YORK CITY — Police are looking for the man accused of breaking into a woman’s apartment and licking her face on Sunday morning.

Officers responded to a residential building in the vicinity of East 65th Street and First Avenue around 6:30 a.m.

A 28-year-old woman woke up to find a man licking and kissing her face, police said. She confronted him and forced him out of her apartment.

According to authorities, the man gained entry to the victim’s apartment through an unsecured front door, which city records say is an apparent chronic problem with the walk-up apartment.

WPIX checked with the Housing Preservation and Development office, finding at least 38 complains against the building's landlord — six of those complaints are for the victim's apartment, including issues with her door and window closing and locking properly.

The suspect’s getaway was caught on camera.

He is described to be balding with a beard and mustache, and was last seen wearing a dark-colored jacket and blue jeans.