Fire breaks out on top floor of Hampton Embassy Suites 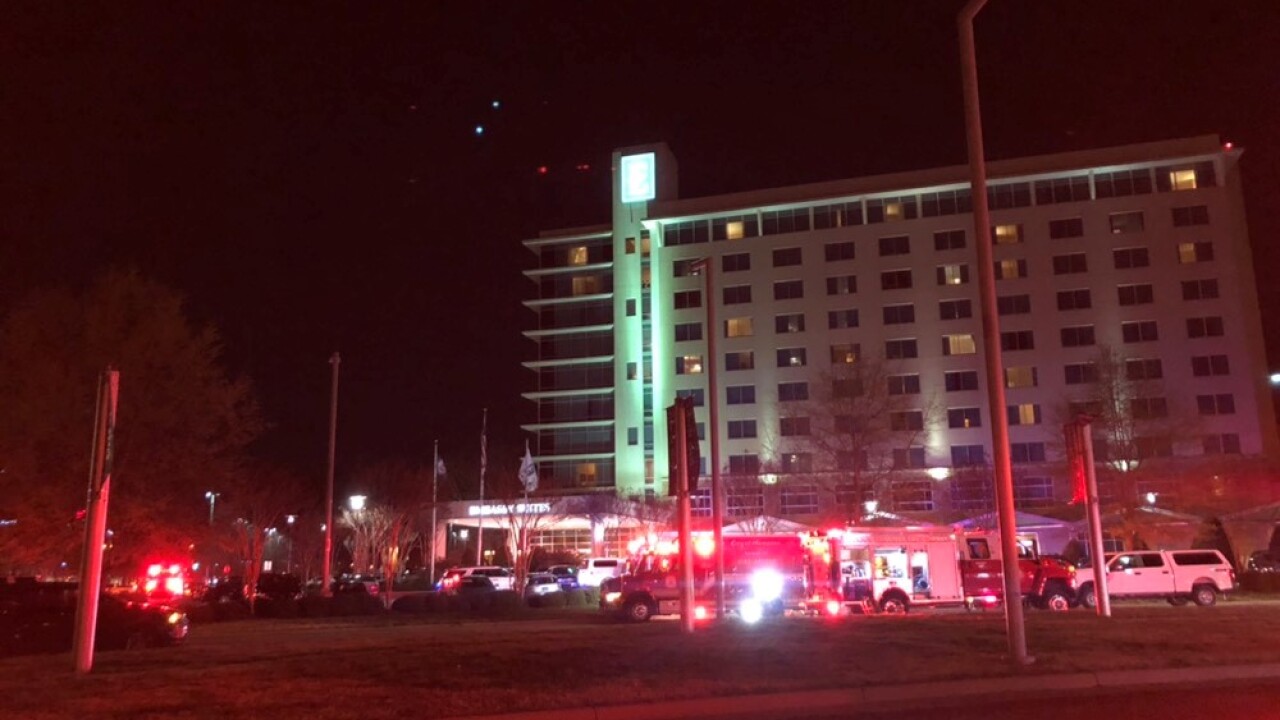 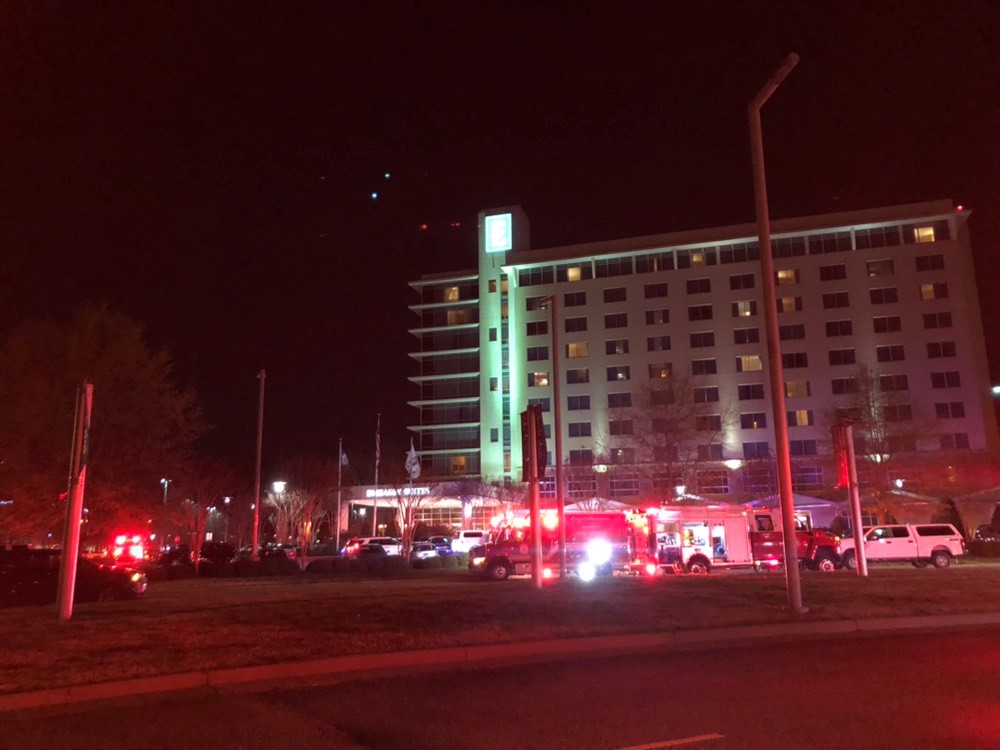 HAMPTON, Va. – Firefighters with the Hampton Division of Fire & Rescue responded to a fire at the Embassy Suites hotel in the 1700 block of Coliseum Drive Thursday night.

The call came in at 7:16 p.m. It was initially a fire alarm investigation.

Authorities told News 3 the fire started on a 10th-floor hotel room that was unoccupied. The hotel has 10 floors total.

The fire damage was contained to the room, and other floors sustained mainly water damage.

Just some perspective on how big the response was. Firefighters say a fire started in an unoccupied hotel room on the 10th floor, no one was injured. pic.twitter.com/6CidxxwwOL

As of 9 p.m., guests staying at the hotel have not been let back inside their rooms; they are currently staying at the Hampton Convention Center next door.

Authorities say 449 guests in 201 occupied rooms were affected by the fire; 64 rooms sustained water damage. The guests who were affected will be moved to other rooms inside the hotel.

The hotel is working with its sprinkler company to replace the sprinklers in the building.

The fire, which was ruled accidental, was caused by a candle, officials say. Someone had checked into the room where the fire started, but no one was in there at the time.