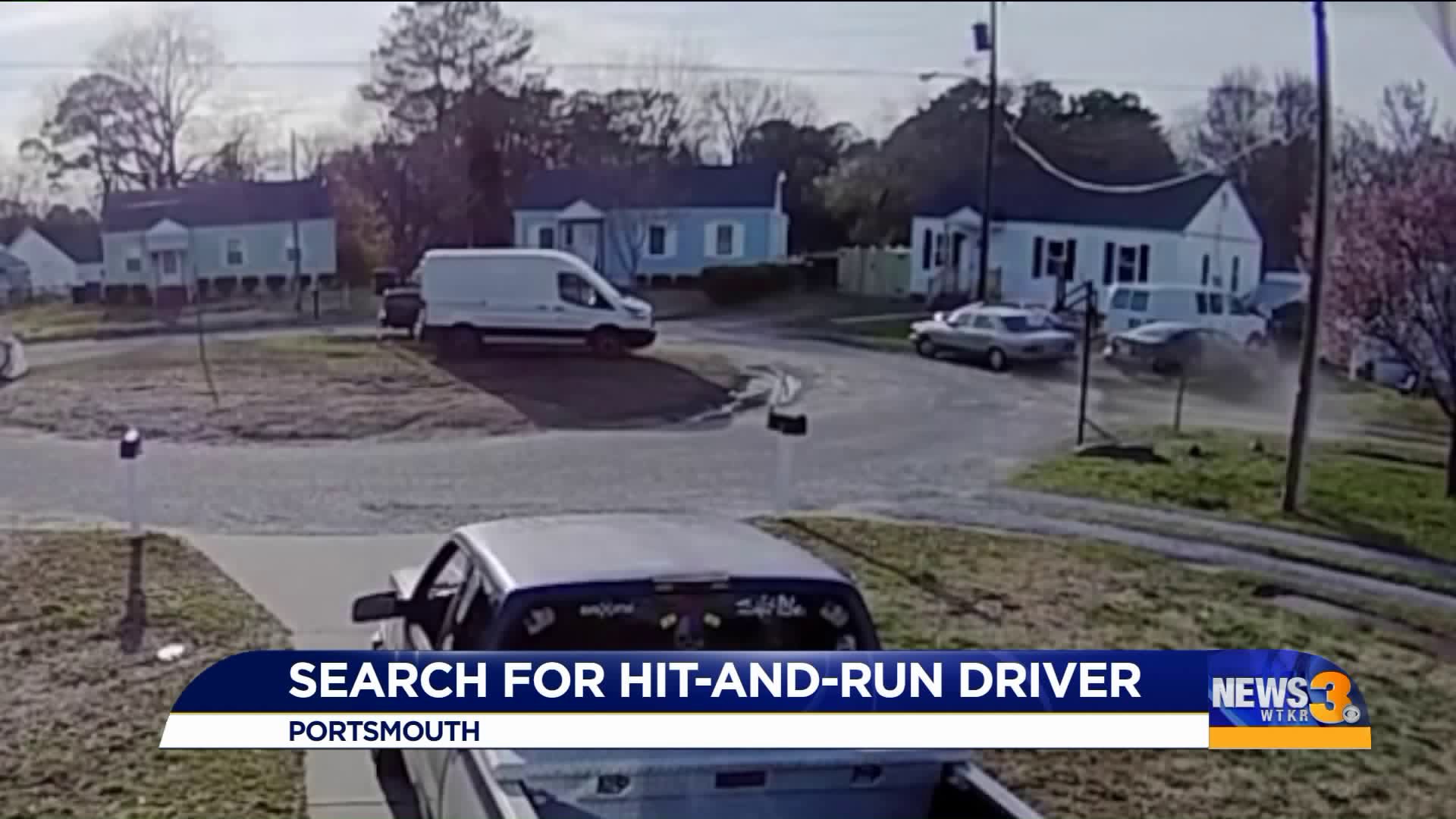 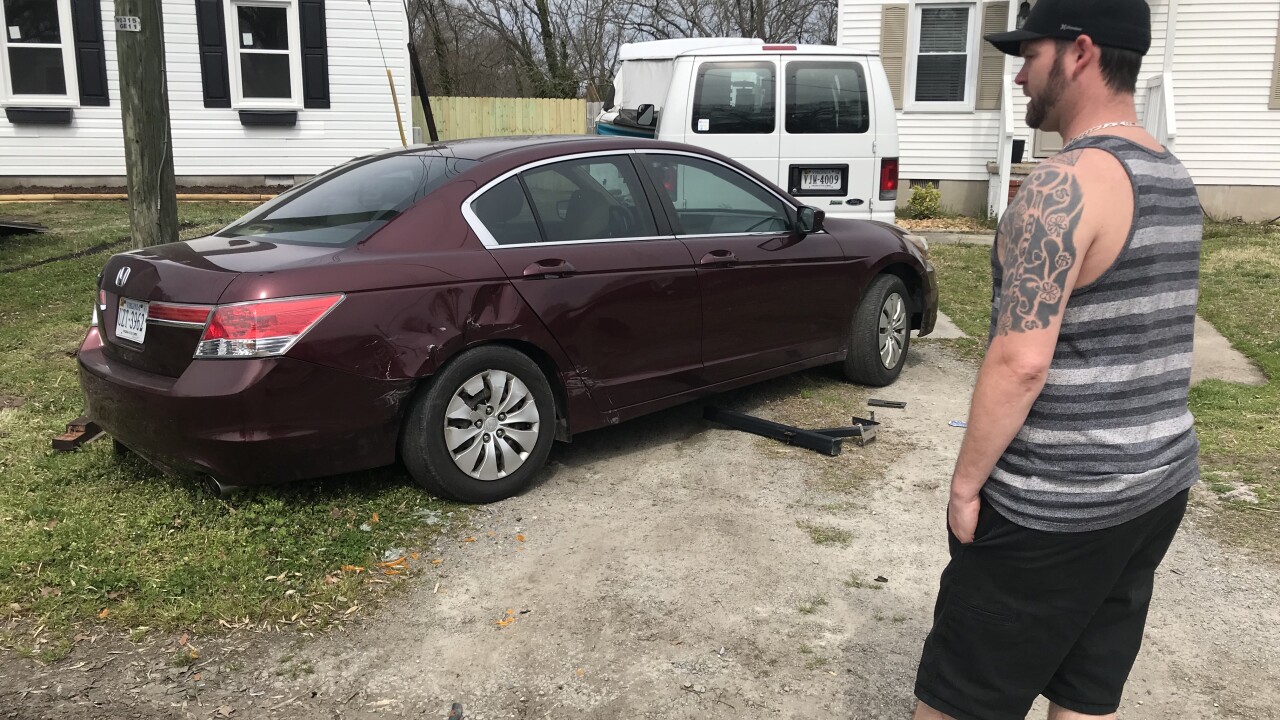 PORTSMOUTH, Va. - Security cameras to the rescue once again! This time, a Ring home surveillance camera caught a driver who hit a car in a Portsmouth driver and sped off.

Jonathan Nagle owns the car that was parked outside his house Sunday afternoon. The burgundy vehicle now has several dents, scratches and wheel damage as it sits pushed into a neighboring yard. Nagle is in the process of having an insurance adjuster tell him the amount of damage done, but he thinks the vehicle is totaled.

The driver is unknown to the witnesses who saw the female driver pull into the neighborhood. Nagle said he has no idea who the lady is, either.

Nichole Kitchen's security system captured video of the tan Mercedes rounding the traffic circle on Bradley Avenue around 6 p.m. Sunday. The video shows the car flying around the corner, knocking over a mailbox, hitting the car and then backing away from the scene - just to speed off up the street.

Kitchen said there are about 12 children - ranging in age from two-year-old to a 12-year-old - who all play in the circle as the street is usually quiet and only the people who live here travel on the roadway. Nagle agreed that the neighborhood kids were his first concern when he heard the big bang outside his window.