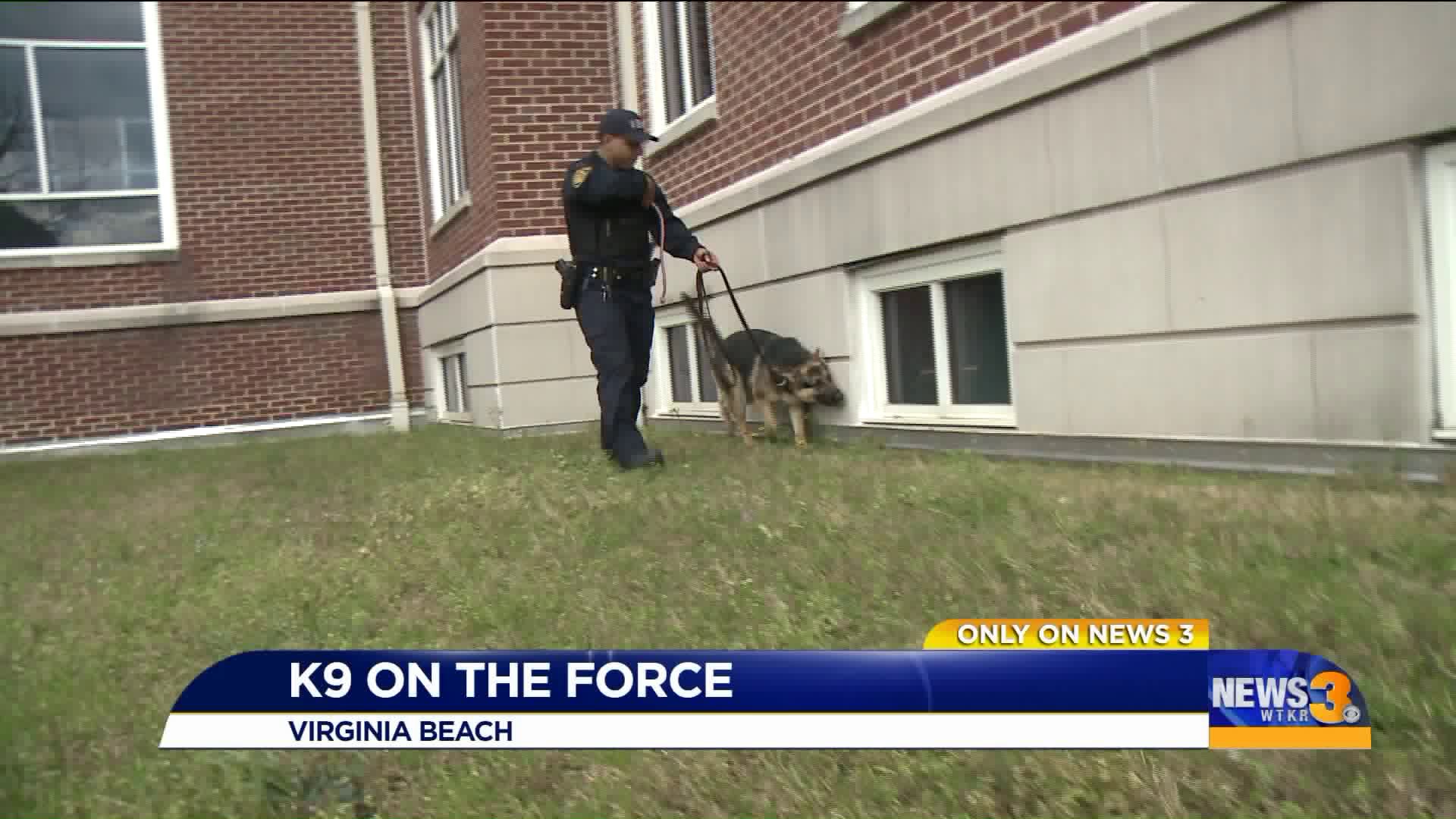 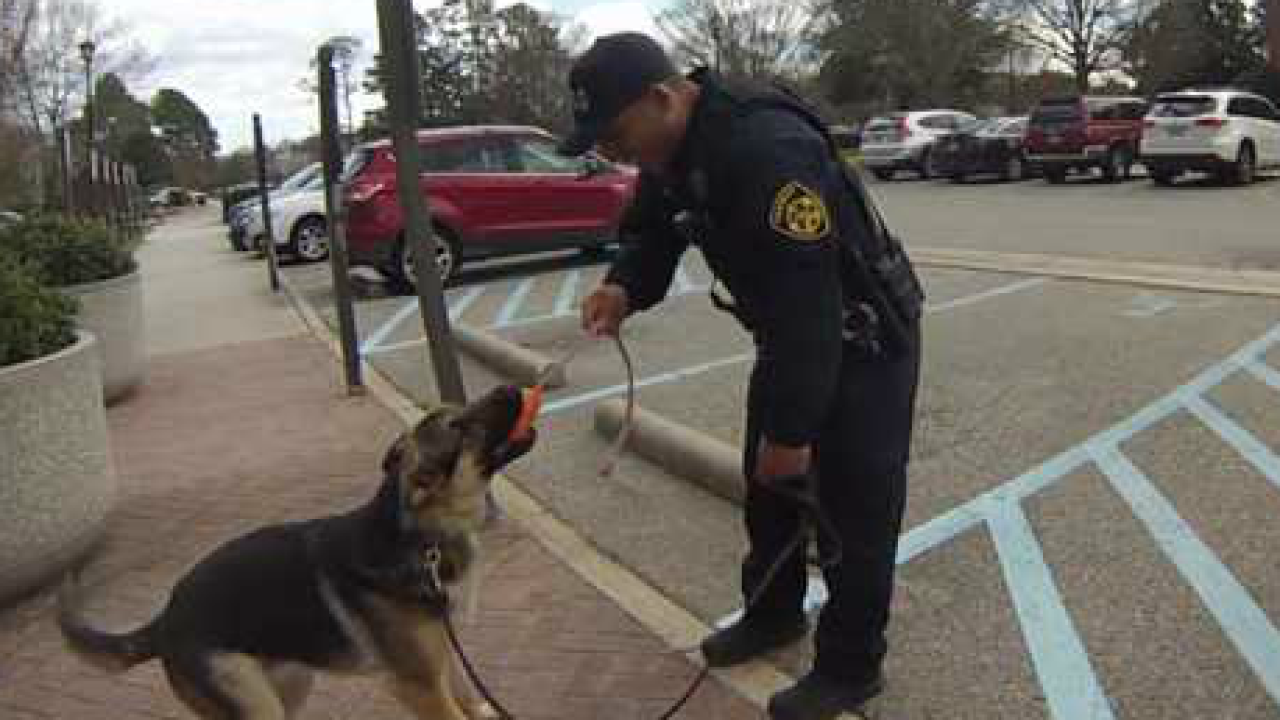 VIRGINIA BEACH, Va. - The Virginia Beach Sheriff’s Office's newest recruit will protect you if you go to the courthouse and conduct explosive and firearm searches -- but he doesn’t talk.

Gaston, a 3-year-old German Shepherd, is the newest addition to the sheriff's office.

His handler is Deputy Aaron Whitehead.

“He’s my partner. He rides with me Monday through Friday. He lives with me -- at the end of the day, I feed him. He’s been a good asset,” Whitehead said.

News 3 got exclusive access to Gaston Friday afternoon as he searched the perimeter of the courthouse.

“Every day we're using him in some way and training or doing active searches,” said Chief Deputy Rocky Holcomb with the Virginia Beach Sheriff’s Office.

Gaston’s primary focus is to find explosives and firearms, according to sheriff’s officials.

He joins K9s like 7-year-old German Shepard Candy, who joined the department in 2013. Her specialty is illegal drugs.

Sheriff’s officials said she has completed thousands of operational searches, helping seize more than 1,200 pounds of marijuana and one kilogram of heroin.

The dogs are used to protect the 2,500 people on average that come in and out of the courthouse every day, but they’re also used for bigger events like concerts and marathons.

Gaston was given to the sheriff's office by an anonymous donor. He came trained and valued at $15,000, according to sheriff’s officials.

Gaston earned his Virginia Police Work Dog Association certification in February and has since completed 120 operational searches and 50 hours of additional training.

He replaces Roxie, who was the VBSO’s first explosive-detecting K9. Roxie is now retired and lives with Whitehead.

“We treat them just like the rank-and-file because it means so much to us,” Holcomb said.

“The Virginia Beach Sheriff’s Office K9 Unit is a vital tool in our mission to protect the citizens of Virginia Beach," said Sheriff Ken Stolle. "Our K9s are also cherished members of the sheriff’s office family. K9 Gaston and his handler ensure the safety of the thousands of people who come and go from the Virginia Beach Courthouse every day. They also help protect our schools, concert venues and workplaces whenever they are needed.”