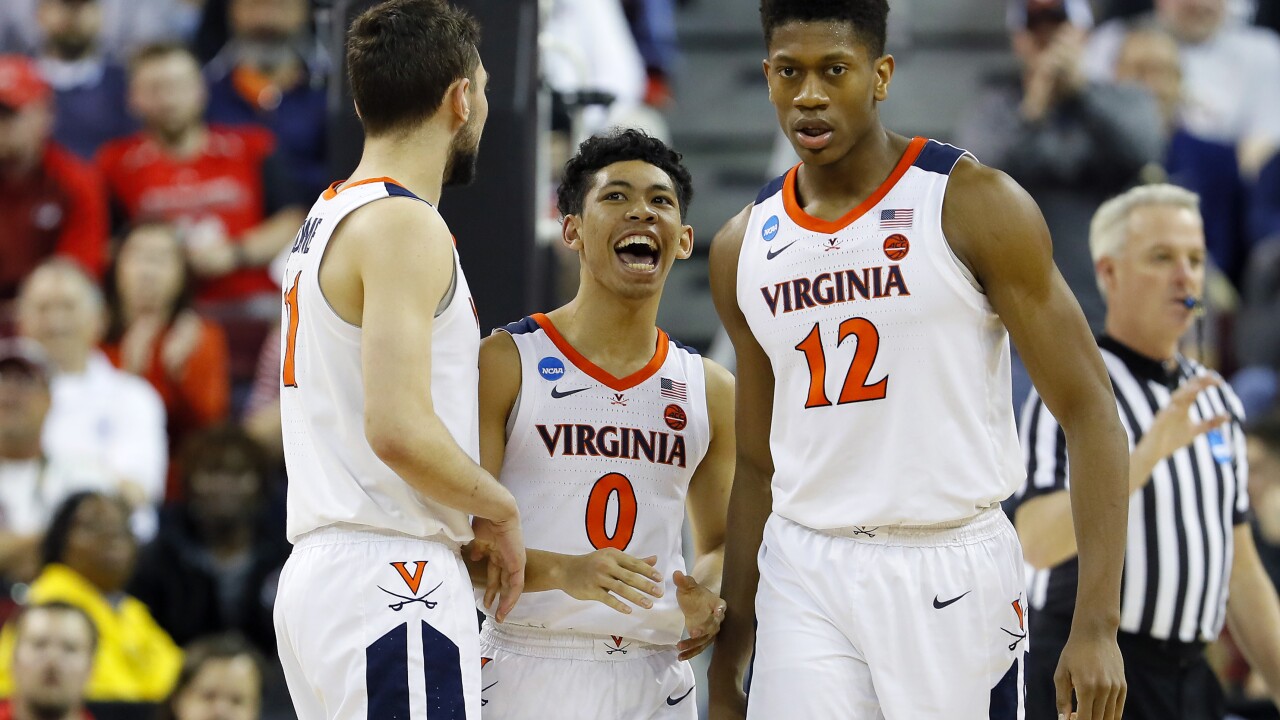 Head coach Tony Bennett of the Virginia Cavaliers looks on in the first half against the Gardner Webb Runnin Bulldogs. (Photo by Kevin C. Cox/Getty Images)

COLUMBIA, SC – For a while, it looked like lightning would strike again.

One year after becoming the first ever No. 1 seed in the NCAA men’s basketball tournament to lose to a 16th seed, top-seeded Virginia trailed by six points at halftime of its 2019 NCAA Tournament opener vs. No. 16 Gardner-Webb.

UVA, the ACC regular season co-champion, was down as many as 14 points in the first half – matching the ‘Hoos largest deficit of the season.

However, the second half was not a second act of last year’s tournament opener, when the Cavaliers couldn’t contain UMBC en route to a historic upset.

UVA used a second half charge to run away from Gardner-Webb and move on to the round of 32, winning the game 71-56.

“I thought the way these guys on the last part of the first half to get it back to a six-point game was pivotal for us because Gardner-Webb’s good,” Virginia head coach Tony Bennett said. “They move hard. They’re quick. We understood that. They had a great backing, you could feel that. But it’s the beauty of the tournament. You just don’t know. But we played well in the second half and the end of the first half, which we needed to do. I was proud of these guys the way they responded when it got a little — well, it was just intense. That’s the reality of it.”