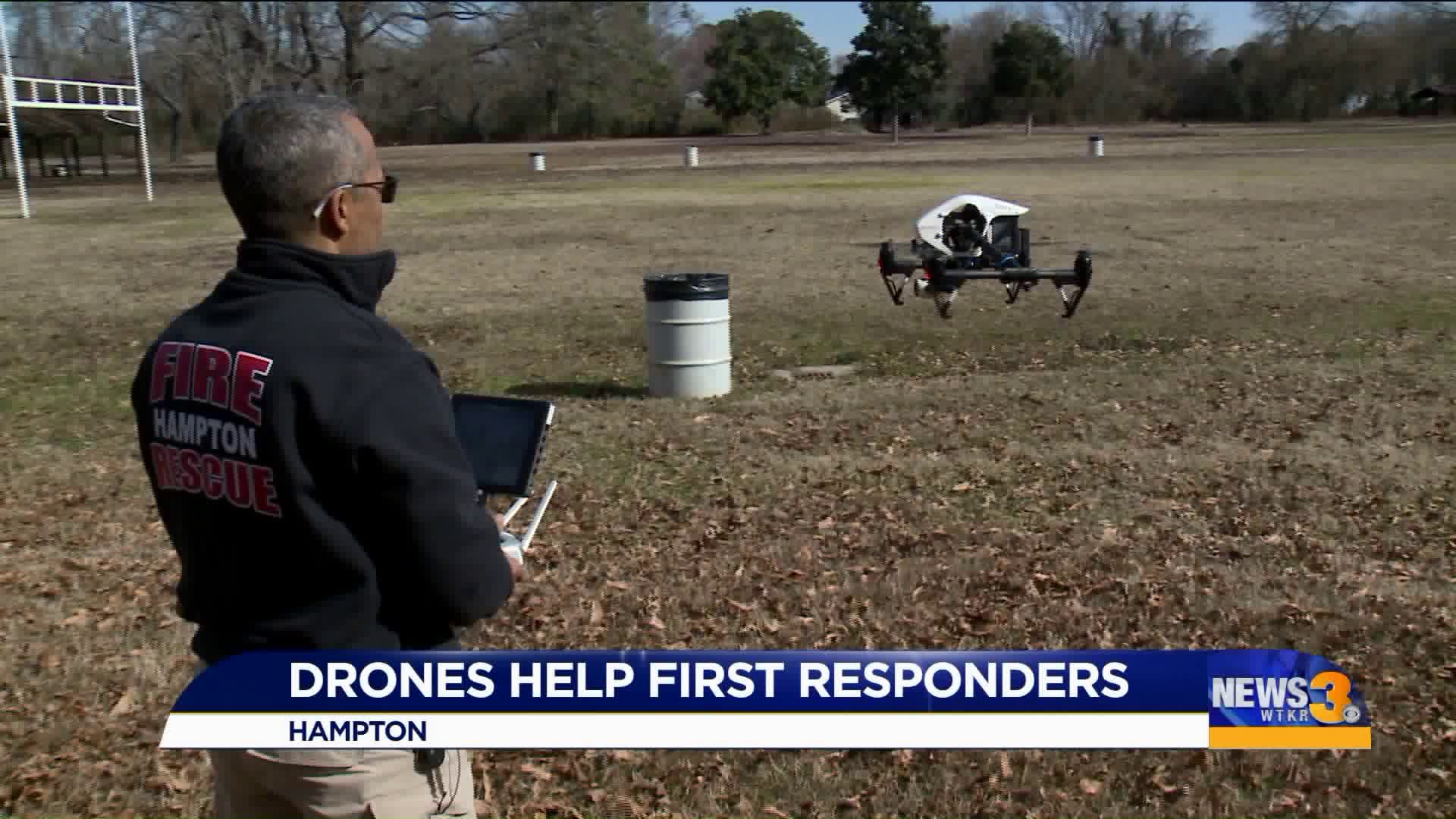 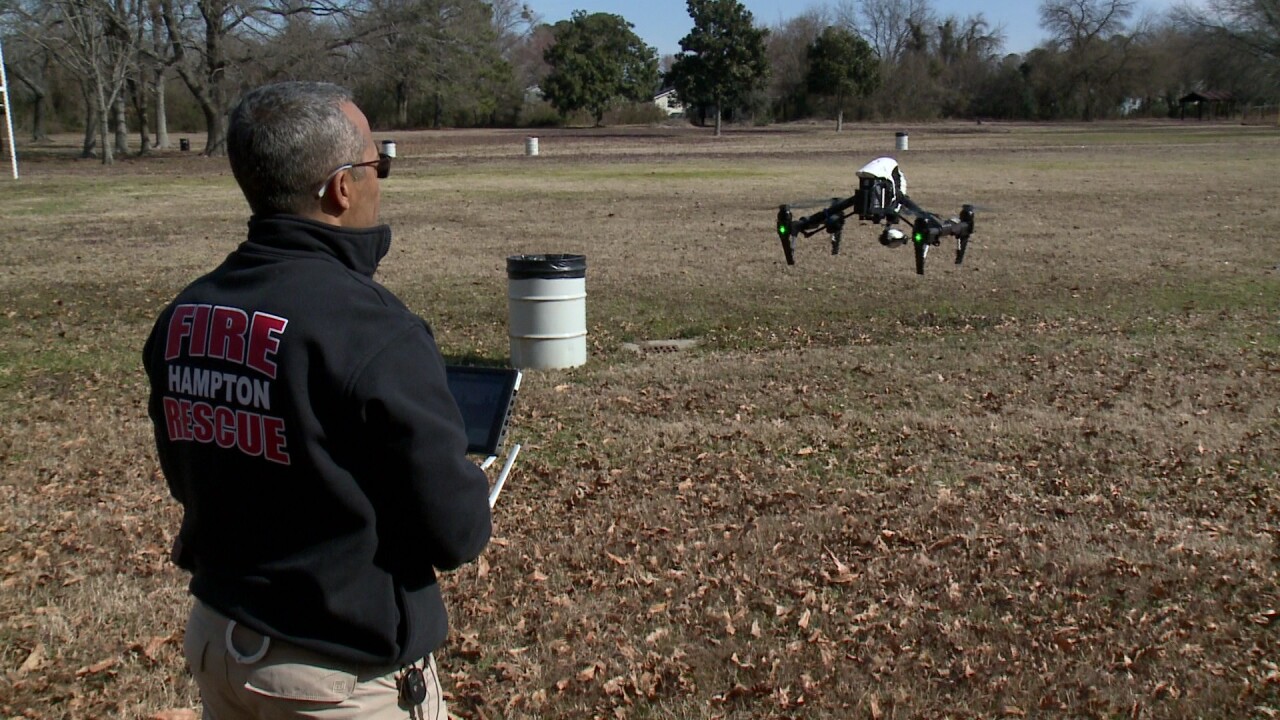 HAMPTON, Va. - It's cutting-edge technology giving us a new view of the world and it's doing the same for first responders across the country, including in Hampton.

In June, News 3 first reported how firefighters and police in Hampton began using a drone at crime scenes and fires.

Nearly a year later, they say it's been a successful launch.

“It really helps us out because if you look at what you see from the ground, once you get up in the air, plus-100 feet, it’s another world and you can really make your way around things a lot quicker and easier," said Jesse Gomes, an Assistant Fire Marshal with Hampton Fire-Rescue.

During a recent training session, Gomes told News 3 firefighters have used drones to help with fire investigations and they're hoping to use them even more, particularly during active situations.

“We can film an actual fire while it’s happening and be able to take that data, give it live to the commanding officer on scene so that he or she can see that fire from an aerial perspective," he said.

That perspective, according to Gomes, can help keep firefighters away from the more dangerous parts of a burning building.

From the police side of things, this eye in the sky can help give officers a full view of an active crime scene, even helping track down a suspect in hiding. That knowledge is another layer of protection for police and civilians who may be in the area.

"We had an incident where they had a boy screaming from a waterway on the other side of the city and they called for the drone to come out. We were actually able to deploy the drone, search for that person and confirm no one was out there before they could get a deployable boat out of the station to bring it up to that location," he said.

Among other uses for the drone are fire inspections, hazardous material investigations and flooding mitigation.

"It's cutting-edge technology and it's to whatever you're imagination can come up with."