March Madness primer: Get ready for the 2019 Tournament 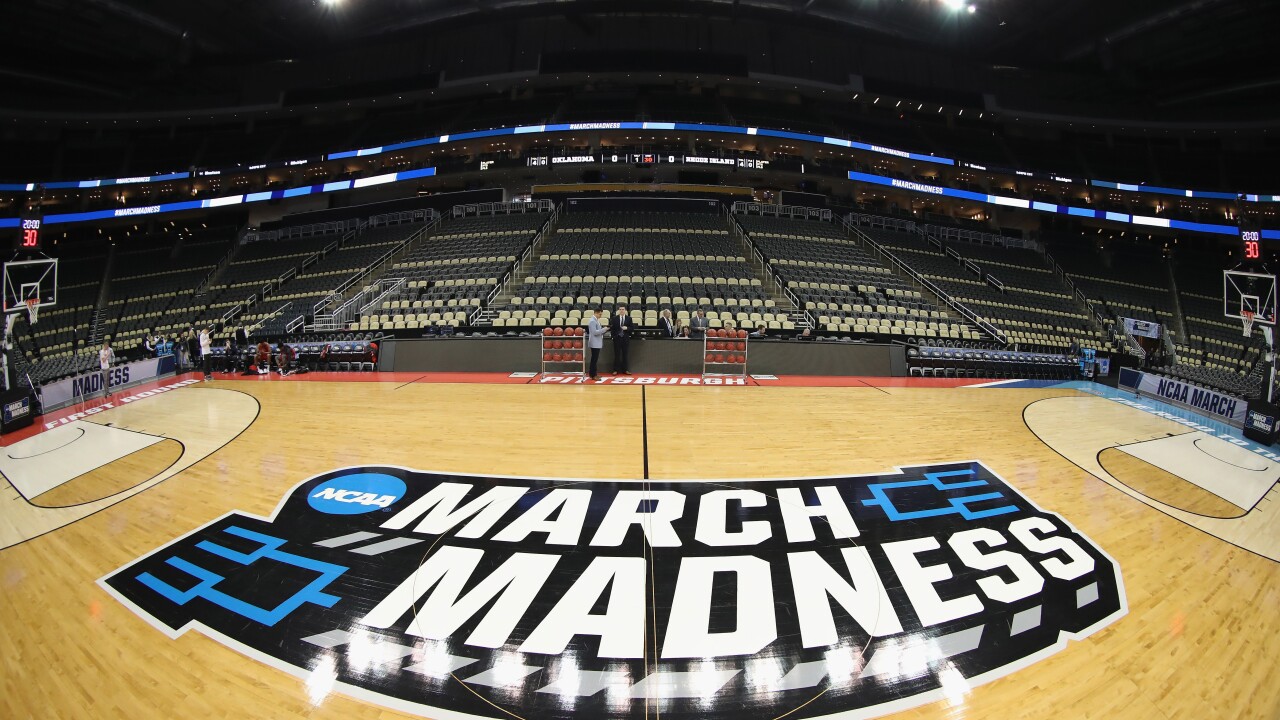 A general view of the court with March Madness signage. (Photo by Rob Carr/Getty Images)

Get ready for a lot of bracket smack talk. March Madness is finally here.

It’s the time of year when NCAA Division I men’s basketball gets to shine in a single-elimination tournament in seven rounds — all for the chance to compete in the big national championship.

Here’s everything you need to know to stay up to date on all the madness.

So when does this ‘madness’ begin?

All of the action kicked off Sunday, March 17, with Selection Sunday. That’s when we learned who was invited to compete in the tournament. You can learn all about how the selection process works here.

The First Four starts the games on March 19 and 20 in Dayton, Ohio. You can find the full game schedule here. And then we can watch a total of 67 (!!!) games in less than three weeks.

Do we have local connections?

Absolutely! Five teams from Virginia: UVA, Virginia Tech, VCU, Liberty and Old Dominion are in the NCAA Tournament. Seven teams from the Atlantic Coast Conference are among the field of 68, including three as Number one seeds: Duke, Virginia and North Carolina.

Oh wow, that’s a lot of games. How can I watch?

There are lots of ways.

If you’re a live-TV person: You can watch the games on CBS, TBS, TNT and Tru TV. Check the schedule for which games will air on each network.

If you’re an online person: You can watch the games with NCAA on March Madness Live.

Wait, what about the brackets? You said brackets

Brackets! Of course! There would be no March Madness if there weren’t brackets.

The four No. 1 seeds this year are Duke, Gonzaga, North Carolina and Virginia.

Print out a bracket and pick who you think will win.