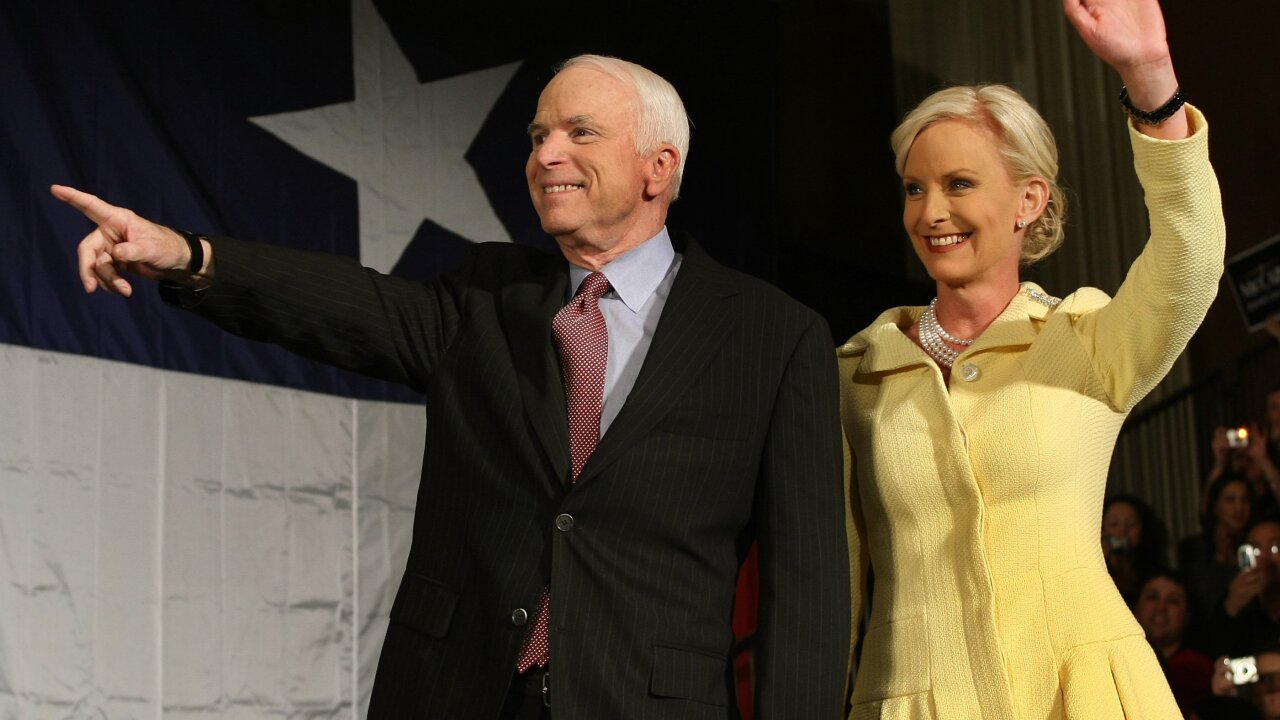 McCain posted a photo of the private message on Twitter and wrote, “I want to make sure all of you could see how kind and loving a stranger can be. I’m posting her note for her family and friends could see.”

The message said the sender was “glad” the late Arizona Republican is dead, and called him a “traitorous piece of warmongering s***.” The message also attacked her daughter, Meghan McCain, criticizing her appearance and saying she hopes she “chokes to death.”

More than six months after John McCain’s death, Trump revived his years-long feud with the senator over the weekend. Trump said on Tuesday, “I was never a fan of John McCain and I never will be.”

The President tweeted several attacks on the late senator, focusing on McCain’s ties to the controversial Russia dossier and his vote against repealing Obamacare, and said McCain had been “last in his class” at the US Naval Academy.

Despite Trump’s comments, he gave more than $30,000 to the campaign to elect McCain president in 2008, according to the Federal Election Commission’s website.

Meghan McCain fired back at the President on Monday on ABC’s “The View,” the show she co-hosts, and said, “Listen, he spends his weekend obsessing over great men because he knows it, and I know it, and all of you know it: He will never be a great man.”

John McCain died in 2018 after a battle with brain cancer. The President was not invited to his funeral.

The senator delivered a speech in 2017 repudiating the President, and warned the United States against turning toward “half-baked, spurious nationalism cooked up by people who would rather find scapegoats than solve problems.”

When Trump was running for president in 2015, he said John McCain was “not a war hero. He was a war hero because he was captured. I like people who weren’t captured.”

During the final days of the last presidential election, McCain withdrew his support for Trump when the “Access Hollywood” video was made public, showing the 2016 Republican nominee bragging about sexually assaulting women.

Their long-running feud escalated when the senator voted no on the “skinny repeal” of the Affordable Care Act in 2017, essentially killing Republican attempts to undo President Barack Obama’s signature legislation.