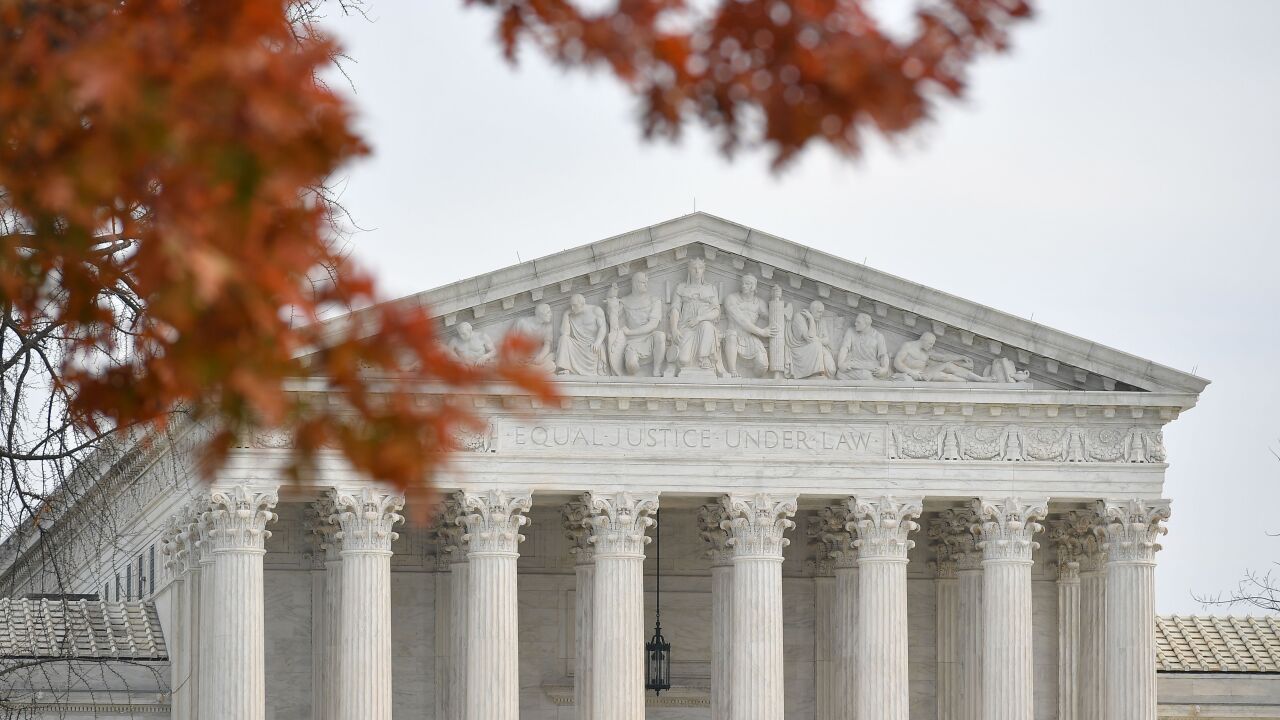 A December 10, 2018 photo shows the US Supreme Court in Washington, DC. – The US Supreme Court declined to hear appeal cases by Kansas and Louisiana to end public funding through Medicaid to Planned Parenthood. (Photo by MANDEL NGAN / AFP) (Photo credit should read MANDEL NGAN/AFP/Getty Images)

Arguments over the way Virginia’s election districts are drawn reached the U.S. Supreme Court Monday, with control of the House of Delegates possibly at stake.

Democrats and Republicans are at odds over the racial makeup of 11 districts, which are 55 percent African American.

Republicans defend that makeup of the districts, while Democrats argue they pack too many African American voters into those districts and prevent more competitive races in others.

Conservative and Liberal justices seemed split during arguments today. Justice Brett Kavanaugh said, “if a state…said ‘We’re going to do 52 or 53 percent, they would be hammered from the other side, saying you are discriminating against African American voters.”

But Justice Sonia Sotomayor said, “They drew lines in the middle of the street with black houses on one side and white houses on the other.”

A three-judge federal district court ruled the districts were racially gerrymandered and ordered the General Assembly to draw new maps for this November’s election.

House Republicans appealed to the Supreme Court. Republicans hold slim majorities in the House and Senate. Changing boundaries could affect the balance of power in Richmond. The Court is expected to rule by June.