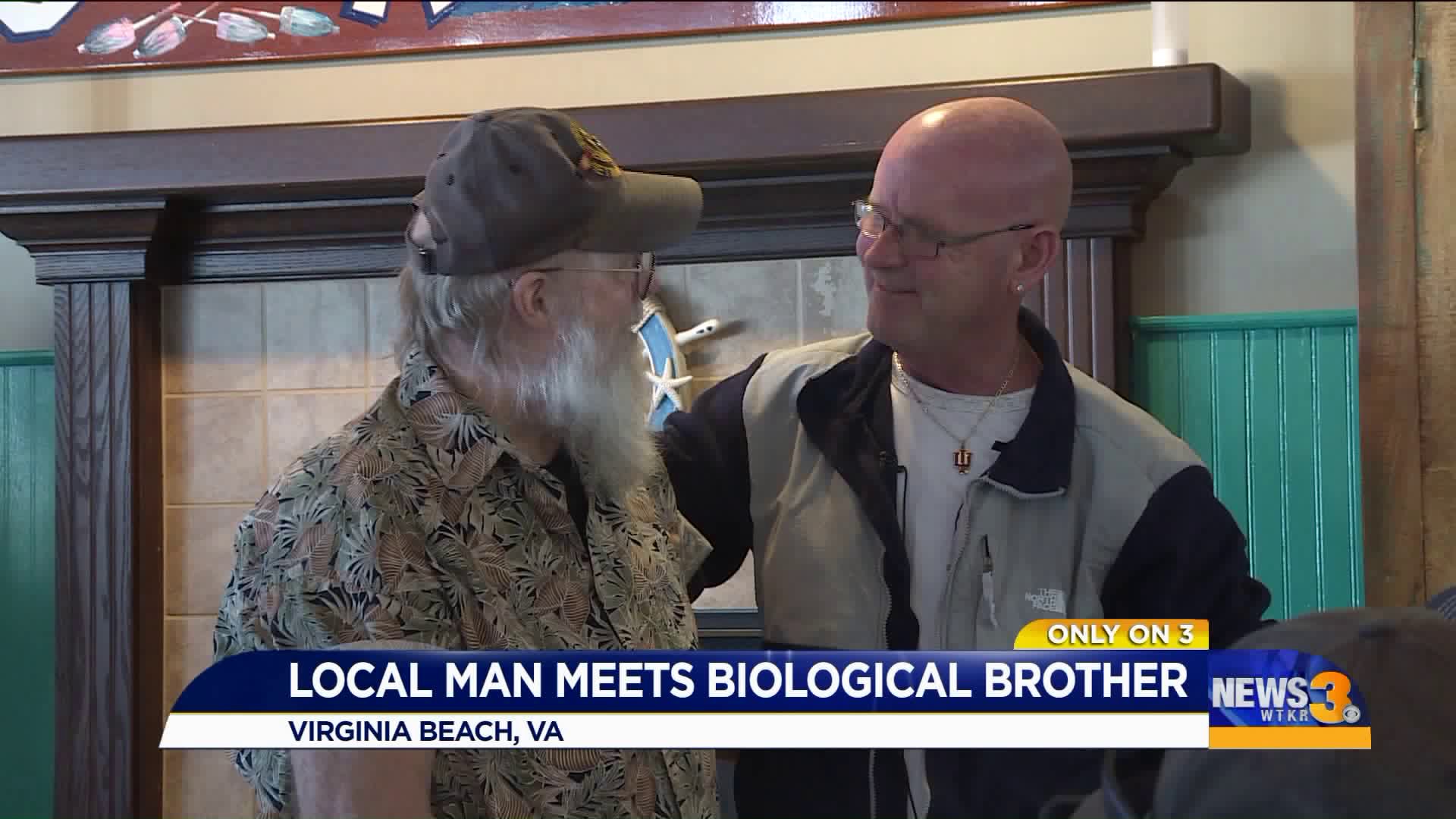 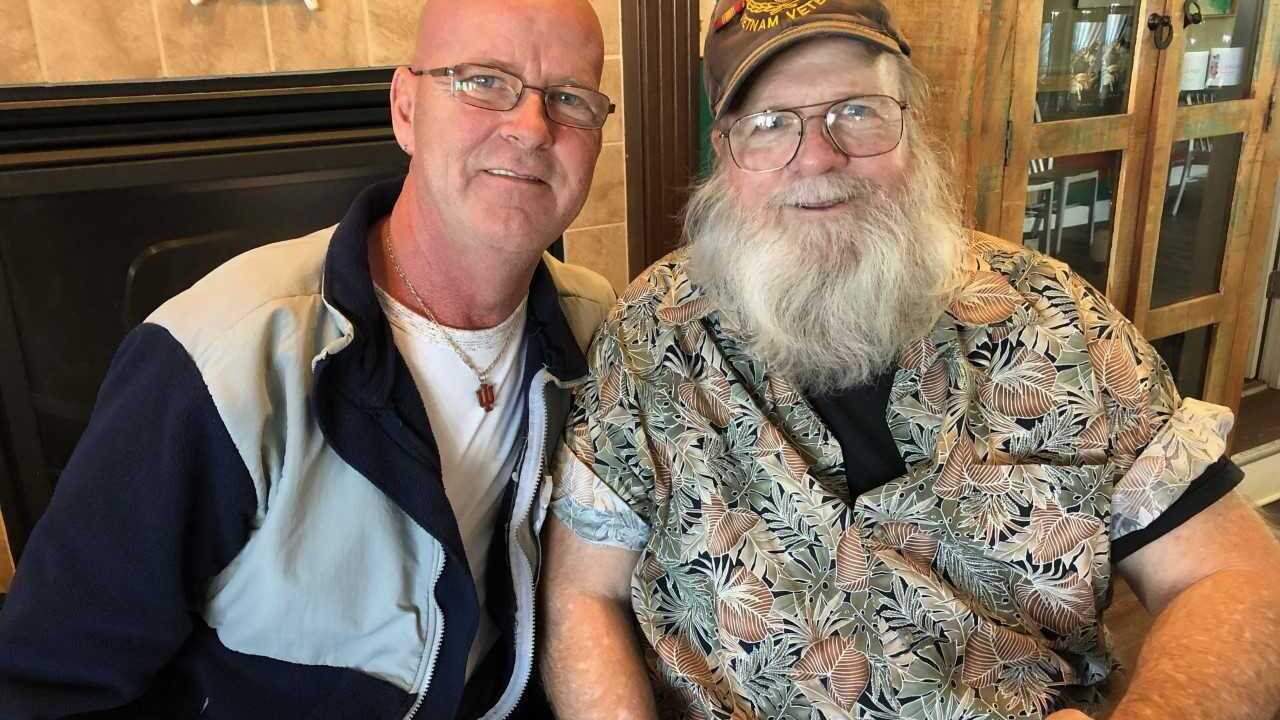 VIRGINIA BEACH, Va. - When Ron Miller was adopted at 5 years old, there was no guarantee he'd ever find his biological family.

When he left his hometown in Indiana and moved to Virginia, his odds went down. But after years of searching, Rob met his brother in person for the first time.

The whole meeting was orchestrated by his daughter, Nicole, and his niece, Megan.

Miller and his brother are both members of Ancestry.com, and separately completed DNA tests. When their results matched last month, they couldn't believe they had found one another.

Ron and his brother Mark Vance are just two of 18 kids.

Biological brothers meet for the first time in Virginia Beach

They were born in Indiana and given up for adoption when they were babies. Mark stayed in Indiana, but Ron planted roots in Hampton Roads after he joined the Navy at 17 years old.

"I've been waiting for this for a long time for my dad. I know how important it was for him to find his family because he was placed in an orphanage when he was a little boy," daughter Nicole Miller-Strauser said.

After the emotional surprise meeting, the "new" family spent the morning looking at pictures and swapping stories, trying their best to make up for lost time.

"Never give up hope. If you've got a loved one out there, find them," Vance said.