Cut the nets! Old Dominion men’s hoops is headed to the NCAA Tournament 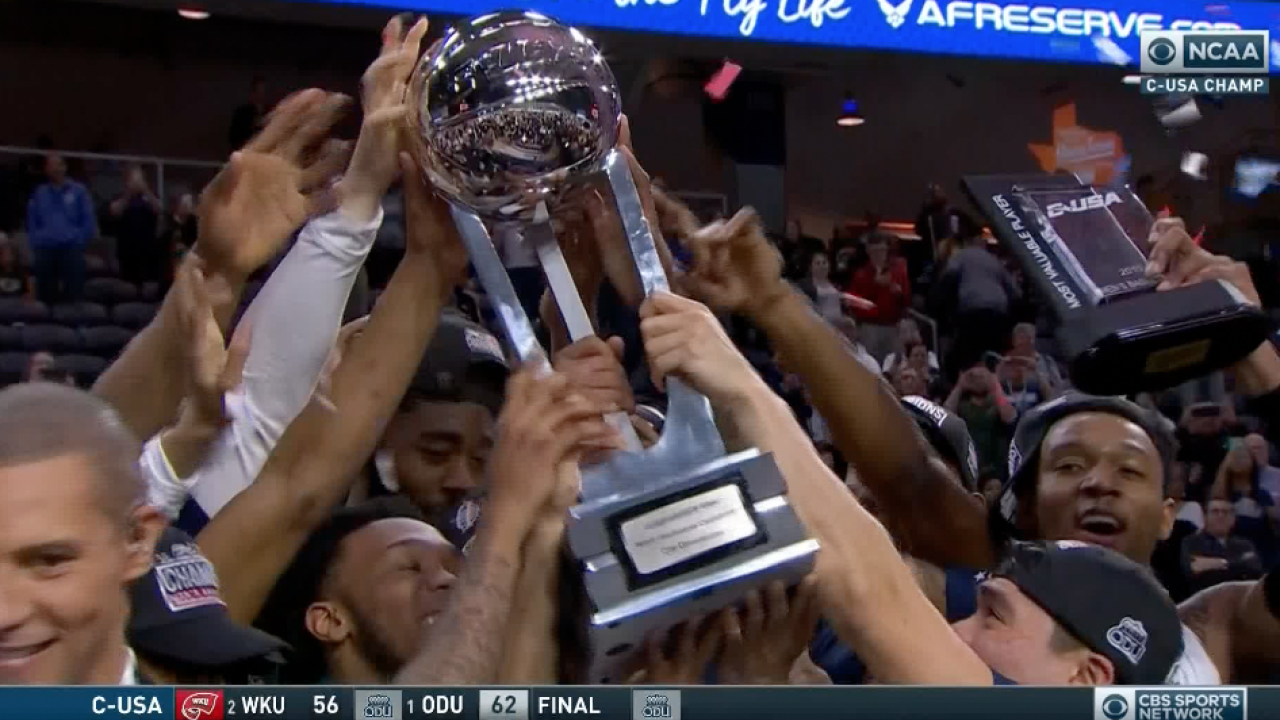 ODU hoists the Conference USA title in the air.

FRISCO, Texas – Old Dominion is dancing! The Monarchs will make their return to the NCAA Tournament after an eight-year hiatus.

ODU hoists the Conference USA title in the air.

This will be the 11th NCAA Tournament appearance for Old Dominion, and the first since 2011. It’s also the first Conference USA title since joining the conference in 2013.

ODU last won a conference tournament title in the CAA back in 2011.

Xavier Green led ODU with 16 points. Ahmad Caver had a near double-double with 10 points and nine assists.

The Monarchs will find out their opponent and destination Sunday on News 3 at 6:00 p.m. during the NCAA Tournament Selection Show.